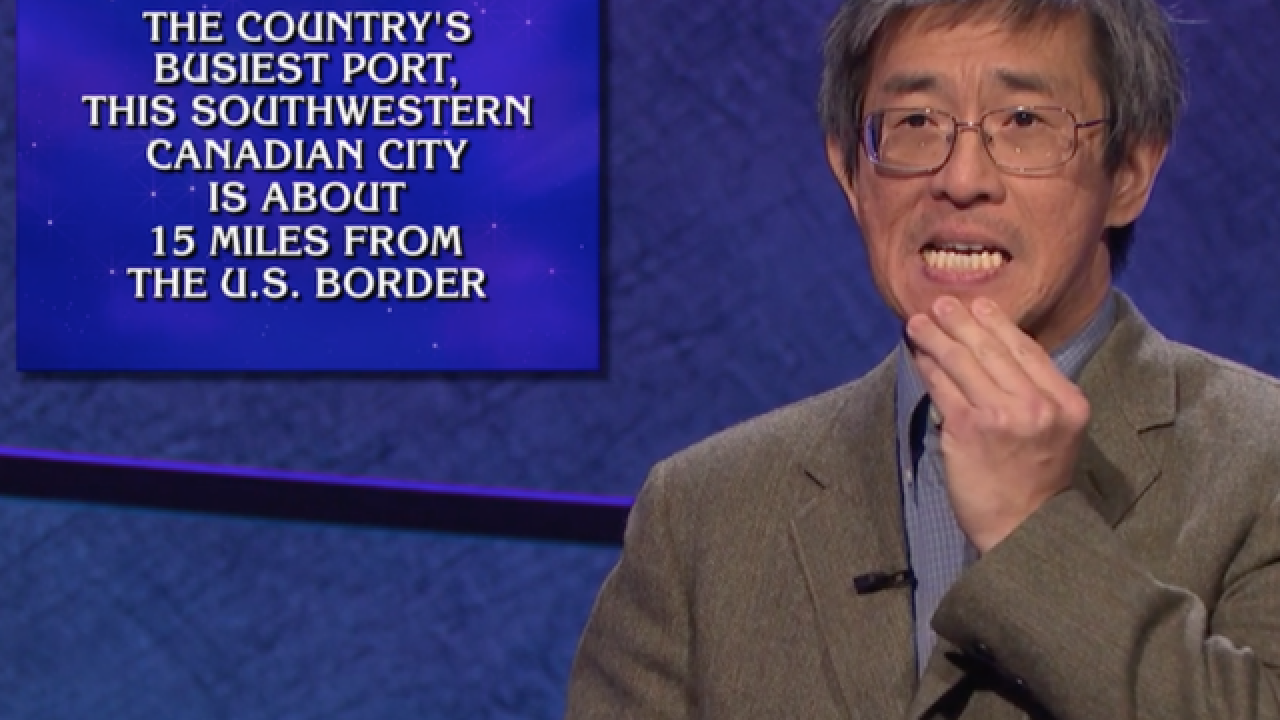 Philip Tiu is grabbing attention with his unusually large wagers during rounds of the hit TV game show “Jeopardy.” During Tuesday’s game, he made the largest Daily Double wager in the game’s history by wagering $19,000.

Philip lands on a Daily Double that gave him a big lead. Check out his $19,000 wager:https://t.co/kjvIsl0FYs

The following night, he wagered $11,000 during the Daily Double. Luckily for Tiu, he answered both questions correctly.

His winning wager on Tuesday came at the last second as he was running out of time. It appears he was guessing that Vancouver was the Southwestern Canada city, which is the country’s busiest port and is 15 miles from the American border.

Tiu is a mathematics professor at Oglethorpe University in Georgia.

Tiu has gained a following on social media.

@Jeopardy Can't remember ever liking a contestant more than Philip. Smart, humble, gutsy... and that sweater...! Luv that guy!

philip tiu is going beast mode on jeopardy yet again. what a savage. what a risk-taker. what a MAN.

Philip has nerves of steel. These true daily doubles are killing me. #Jeopardy