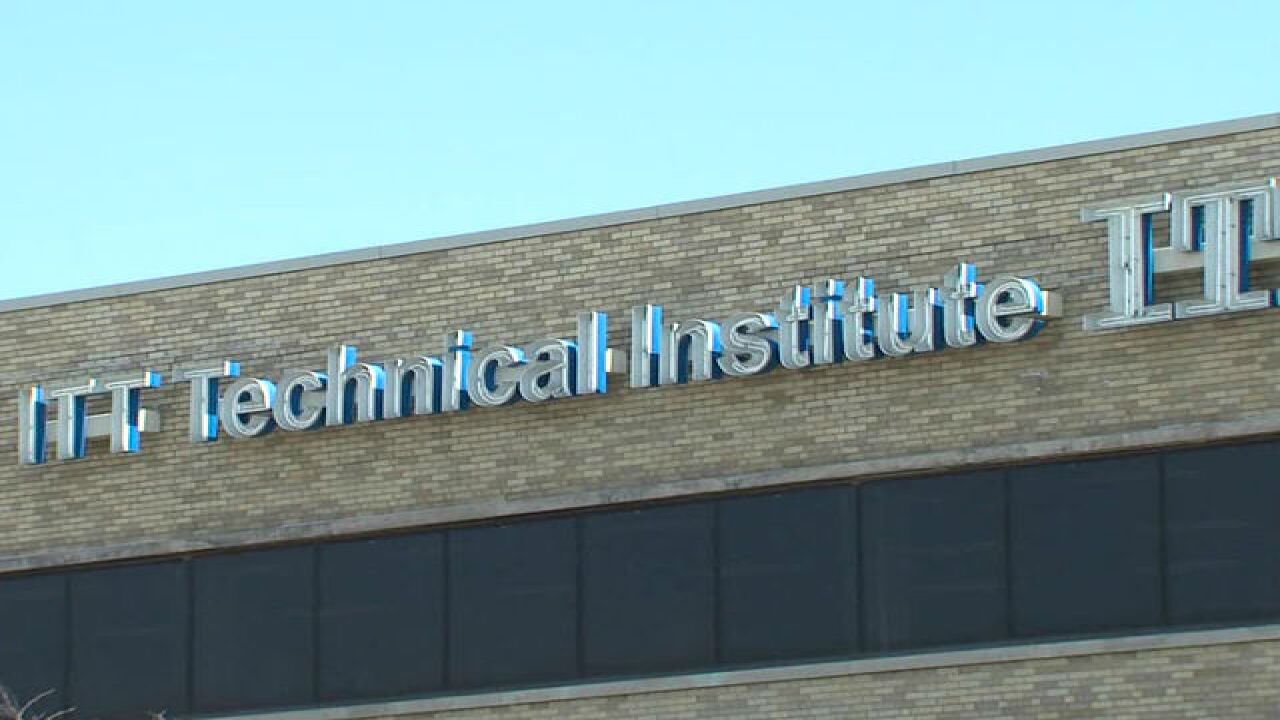 CARMEL, Ind. -- After a ruling by the U.S. Department of Education regarding federal loans, Carmel-based ITT Technical Institute is ceasing all operations, the company announced Tuesday.

"The actions of and sanctions from the U.S. Department of Education have forced us to cease operations of the ITT Technical Institutes, and we will not be offering our September quarter," the school said in a press release. "We reached this decision only after having exhausted the exploration of alternatives, including transfer of the schools to a non-profit or public institution."

The federal ruling blocked all federal student loan funding for the school.

PREVIOUS | Ruling by Department of Education could shut down ITT Tech

The school said it had to eliminate more than 8,000 employee positions.

"We believe the government's action was inappropriate and unconstitutional, however, with the ITT Technical Institutes ceasing operations, it will now likely rest on other parties to understand these reprehensible actions and to take action to attempt to prevent this from happening again," the school said.

The top of the ITT Technical Institute website still reads "We are not currently enrolling new students."