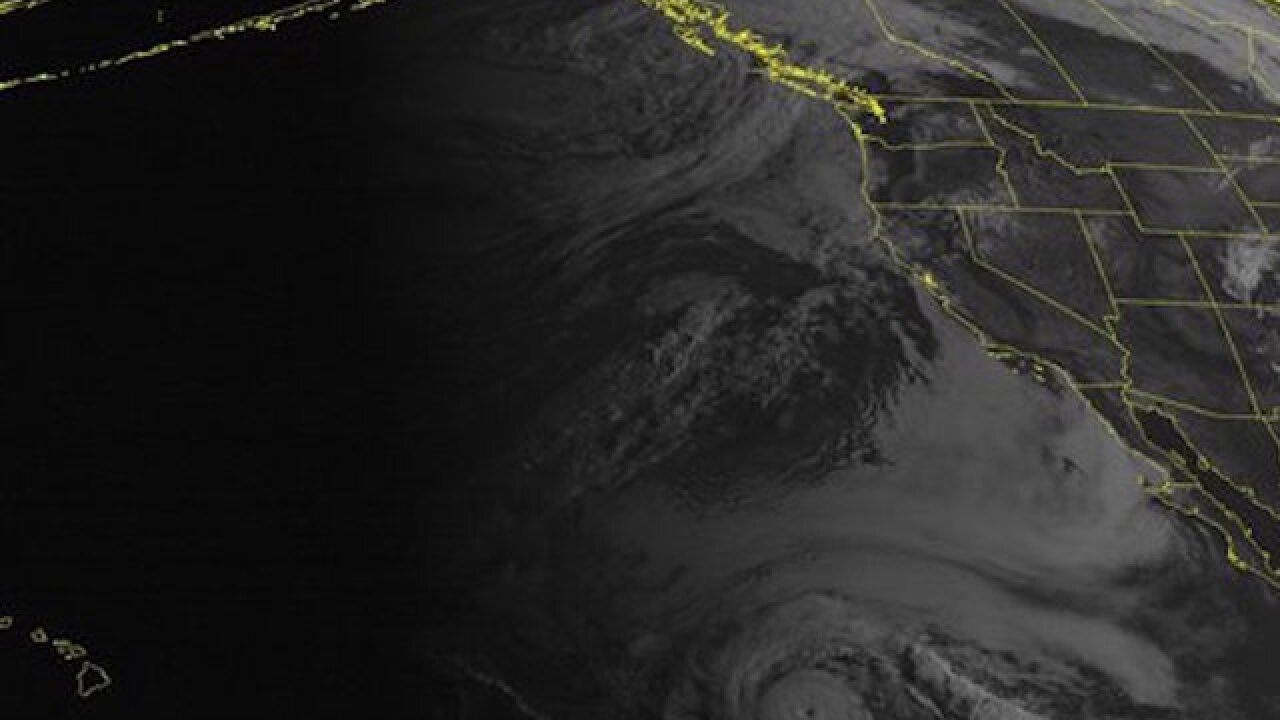 Copyright Associated Press
<p>This NOAA satellite image taken Monday, Aug. 29, 2016, at 10:00 AM EDT shows an area of low pressure over the central Rocky Mountains. This system is producing rain showers and scattered thunderstorms across Colorado, New Mexico, Kansas and western Texas. To the west, a trough of low pressure skirts the Pacific Northwest with isolated rain showers and partly to mostly cloudy skies. In the tropics, Hurricanes Lester and Madeline are marching westward across the eastern Pacific. Both storms are expected to come close to the big island of Hawaii in the coming days. (Weather Underground via AP)</p>

The storm should be near or over the Big Island by Wednesday, said forecaster Derek Wroe.

At 11 p.m. Monday (2 a.m. PDT Tuesday), the center said the storm had strengthened to a Category 4 hurricane with maximum sustained winds near 130 mph.

The Center's advisory on Madeline predicted it will pass "dangerously close" to the Big Island Wednesday and Wednesday night. But it added that some weakening is forecast through late Wednesday.