House GOP likely to move ahead with budget plan 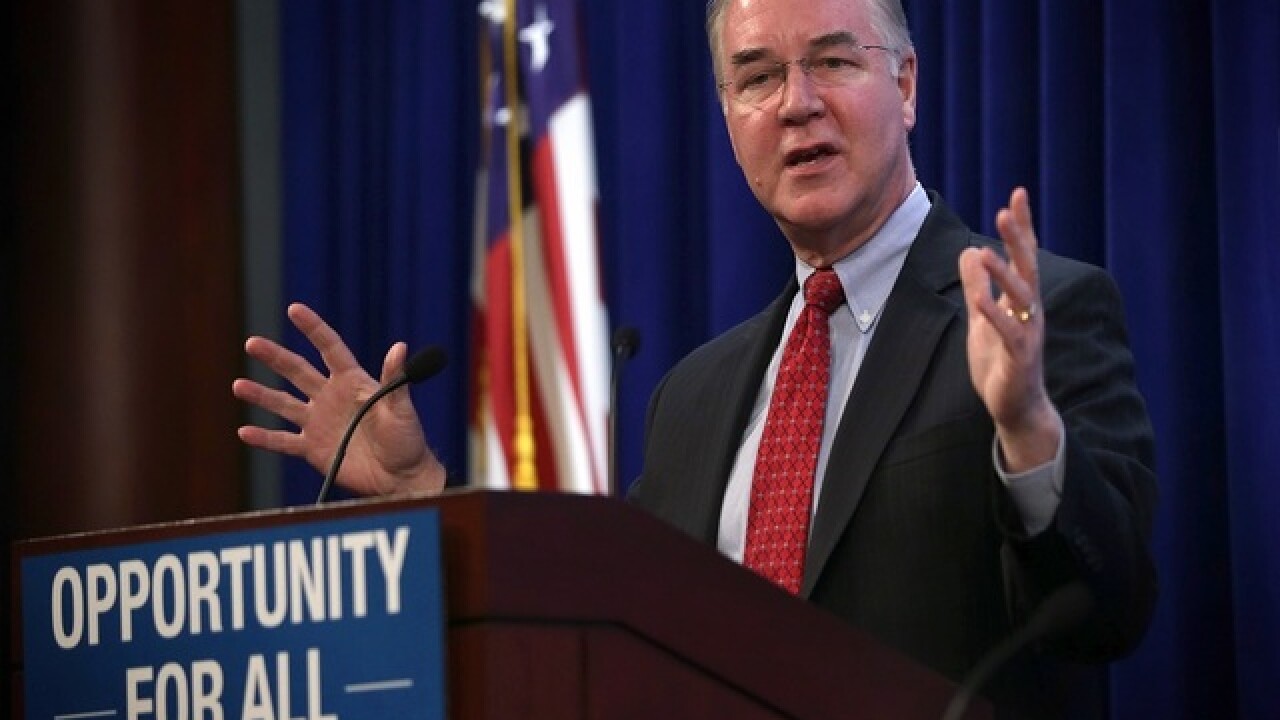 WASHINGTON (AP) — Republicans controlling the House are pressing ahead with an annual fiscal measure despite hardening opposition from tea party conservatives over its endorsement of higher spending permitted by last year's bipartisan budget and debt deal.
Several GOP lawmakers exiting a Monday evening strategy session said House Budget Committee Chairman Tom Price is expected to unveil a 10-year budget plan on Tuesday and hold a committee vote this week. The committee confirmed later Monday that it is moving ahead.
It's not clear GOP leaders can advance the measure through the full House after this week's committee vote.
Price, R-Ga., has worked hard to try to develop consensus but has so far been stymied by several dozen conservatives who continue to oppose an additional $46 billion or so in higher spending for the Pentagon and domestic agencies next year in keeping with a budget deal negotiated between President Barack Obama, former Speaker John Boehner, R-Ohio, and other top leaders.
Later Monday, the GOP Freedom Caucus, the hard-right group that toppled Boehner, swung against the plan. That leaves it well short of the votes needed to pass.
Price's 10-year plan is called a budget resolution. It endorses last year's spending deal but adds a familiar roster of nonbinding proposals for cuts to health care programs, food stamps and other federal benefits, ensuring Democrats won't support it.
At a GOP meeting Monday evening, Price and other top Republicans outlined a proposal to accompany this year's budget plan with binding spending cuts from several House committees. The hope is the real spending cuts would travel as a sidecar to the budget, assuage tea party lawmakers and get them to vote for the separate 10-year budget plan.
The Senate isn't expected to act on either the budget or the accompanying package of cuts.
"I think there are a number of us struggling with it," said Rep. Mark Sanford, R-S.C. "The sidecar at some point becomes disingenuous if you've got a Senate that you know isn't going to move on it. Savings that are an illusion are not savings."
Such cuts include a proposal by Ways and Means Committee Chairman Kevin Brady, R-Texas, to cut child tax credits for immigrants working in the U.S. illegally and reclaim overpayments of health insurance tax subsidies under the new health care law.
Other proposals would cut the federal government's contribution to the State Children's Health Insurance Program, eliminate a fund that provides grants for disease prevention, and cut federal Medicaid reimbursements to states.
A chief goal of the complicated series of budget moves is to set in motion the annual appropriations process, in which the 12 spending bills that set agency operating budgets are produced. That's the $1.1 trillion "discretionary" portion of the $4 trillion-plus federal budget that is passed by Congress each year.
The Senate is expected to skip the budget debate altogether and instead go straight to the annual spending bills under a little-noticed provision added to last year's bipartisan deal that permits the shortcut.
Associated Press 2016