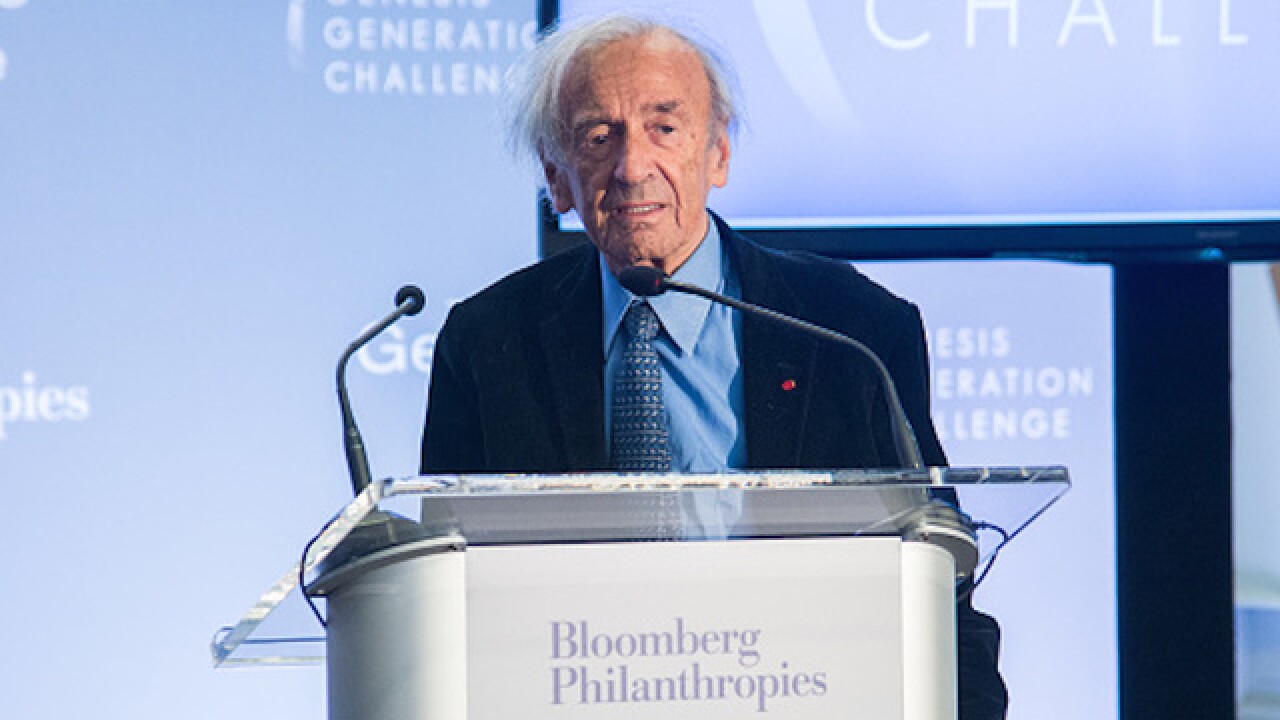 Elie Wiesel, a survivor of the Holocaust who described the death of 6 million Jews at the hands of the Nazis, passed away in New York City Saturday at age 87.

Wiesel was awarded a Nobel Peace Prize in 1986 as he was called a "messenger for humanity." He authored 57 books about the Holocaust and living in Nazi held Europe during World War II.

A native or Romania, Wiesel was captured by German troops along with his father. While Wiesel managed to be liberated in 1945, his father died.

Before arriving in the United States, studied journalism in Paris. Author Francois Mauriac helped convince Wiesel to write about his experience in Europe during the war.

As an immigrant to the United States, President Jimmy Carter appointed Wiesel as the chairman of the President's Commission on the Holocaust.