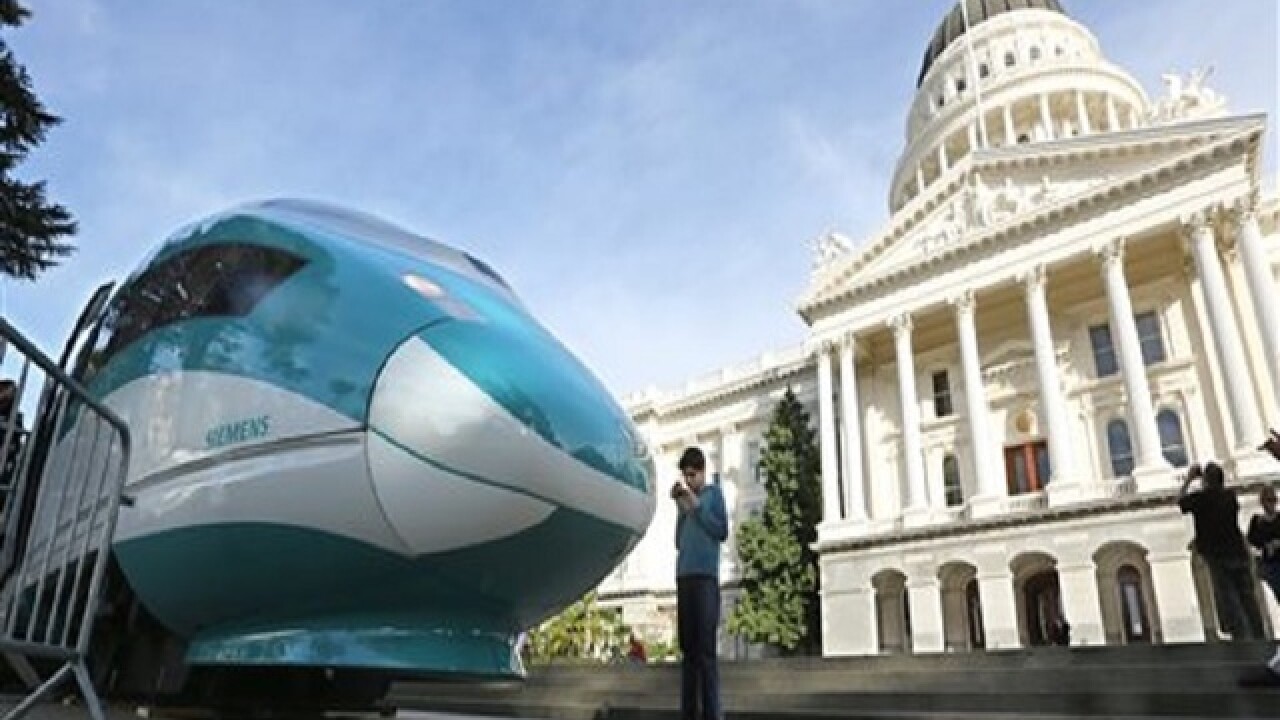 SACRAMENTO, Calif. (AP) — The board that oversees California's high-speed rail project approved a revised $64 billion plan Thursday that calls for the train to go from the Central Valley to the San Jose area before it heads to Southern California, acknowledging the political reality that federal and private financing has fallen far short of what backers had hoped.
The board gave its approved at a brief meeting in Sacramento, a week after postponing a planned vote to make changes to the revised business plan.
Central Valley lawmakers and activists complained vocally after a planned stop in Merced already under construction was left out of the most recent proposal for the bullet train released this winter, prompting officials to reverse course again last week and restore the stop.
Rail board Chairman Dan Richard stressed Thursday that high-speed rail officials heard the complaints of Madera and Merced officials who were outraged when they learned plans called for their cities to be cut out of the first phase of work.
"What came out was a really vital sense of how important this connection was for including those regions," he said.
High-speed rail CEO Jeff Morales told the board last week that the state will spend $4 billion in Southern California to prepare for the bullet train, seeking to reassure worried officials that a recent change in plans calling for the train to head first to San Jose might mean the train never makes it to the Los Angeles area.
Richard added Thursday: "While San Jose may get trains first, you're likely to see dollars first in Los Angeles County and in Anaheim."
Rail officials have pitched the first segment between the Central Valley and San Jose for $21 billion as the only way to ensure a useable segment gets built with the existing funding available.
The changes also include adding a station in Wasco, near Bakersfield.
The new plan avoids the expensive and tricky engineering work required to tunnel through the Tehachapi mountains in Southern California delaying those residents' complaints for a while.
The first stretch would begin operating in 2025, three years later and 50 miles shorter than the original planned route that would have first connected to the San Fernando Valley.
The authority is required by law to update its business plan every two years and proposals and funding projects for the system have frequently changed, leading to criticism that the latest proposal is no more likely to become reality than any of the others.
Gov. Jerry Brown has remained a supporter of the project, which he maintains will help cut carbon emissions.
Associated Press 2016