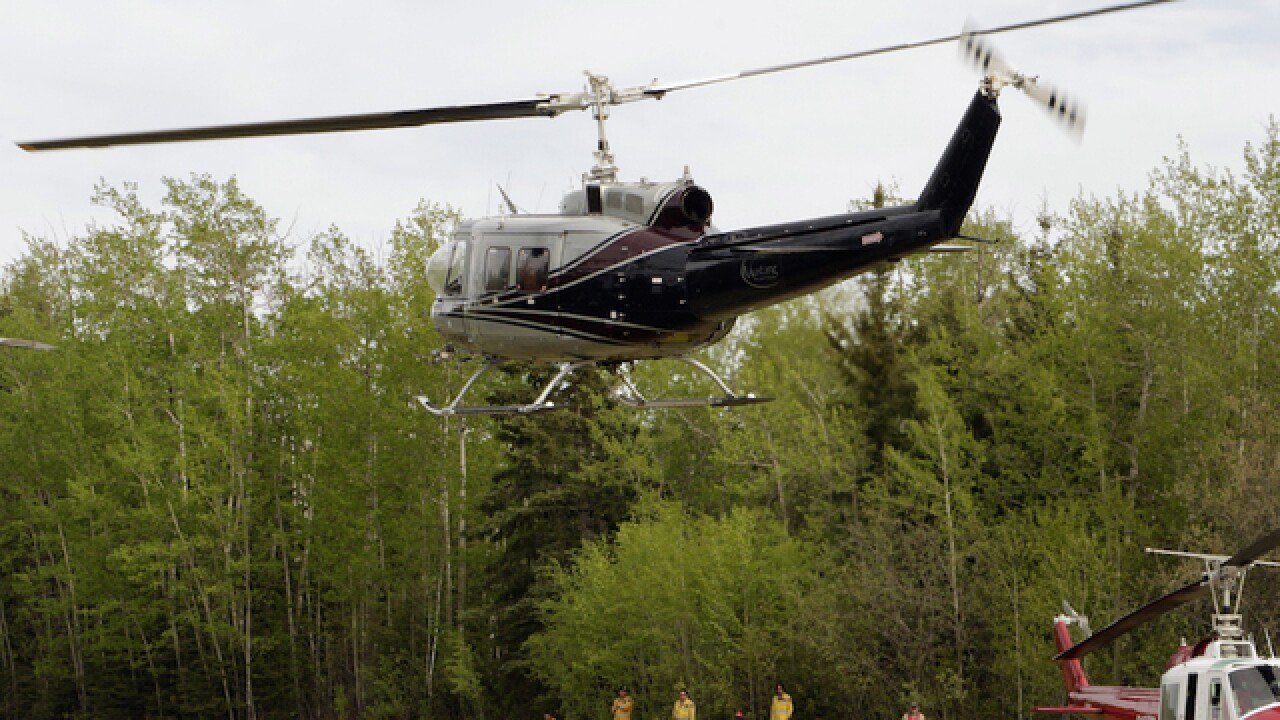 Copyright Associated Press
Rachel La Corte
<p>A helicopter carrying Agriculture and Forestry firefighters returning from a patrol mission takes off after refueling at a helipad in Lac La Biche, Alberta, on Saturday, May 7, 2016. The firefighters in Lac La Biche are focusing on recent wildfires that have broken out since the one at Fort McMurray. (AP Photo/Rachel La Corte)</p>

The helicopter Foster was in is one of 121 helicopters sent to battle the blaze, which has burned 204,000 hectares, and is still burning. As of Tuesday morning, 29 fires are still burning, but only two are considered out of control.

Firefighters' efforts appear to be working. Nearly 90 percent of the Fort McMurray has been saved, according to officials.

Heading back for fuel

A video posted by Dan Foster (@motoheli5) on

Heading back for fuel

A video posted by Dan Foster (@motoheli5) on