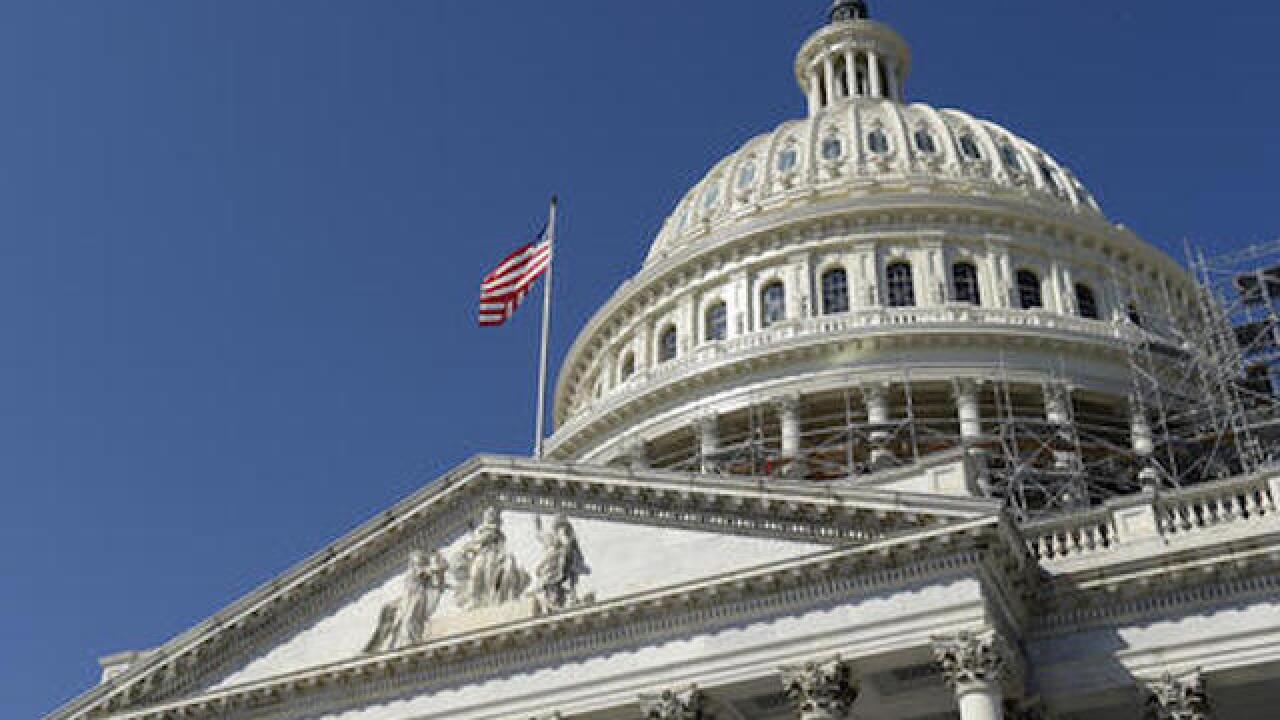 Copyright Associated Press
Susan Walsh
<p>In this Tuesday, Sept. 6, 2016, file photo, an American flag flies over Capitol Hill in Washington. A group of six Gulf Arab countries expressed "deep concern" Monday over a bill passed by the U.S. Congress that would allow families of Sept. 11 victims to sue the government of Saudi Arabia over the attacks. (AP Photo/Susan Walsh)</p>

DUBAI, United Arab Emirates (AP) — A group of six Gulf Arab countries expressed "deep concern" Monday over a bill passed by the U.S. Congress that would allow families of Sept. 11 victims to sue the government of Saudi Arabia over the attacks.

The head of the Saudi-dominated Gulf Cooperation Council, Abdullatif al-Zayani, said in a statement that the legislation runs against the principles of international law and sets a dangerous precedent for foreign relations.

The U.S. House of Representatives approved the legislation last Friday, following earlier passage by the Senate. The White House has signaled President Barack Obama would veto the proposed law over concerns that it could open the U.S. up to similar lawsuits from other countries.

The legislation could also further strain relations between Washington and oil-rich Saudi Arabia, which is wary of the Obama administration's outreach to its regional rival, Iran.

Fifteen of the 19 hijackers on the planes that killed nearly 3,000 people in New York, the Washington, D.C. area and Pennsylvania were Saudi nationals. Sunday marked the 15th anniversary of the attack.

Congress in July released 28 declassified pages from a congressional report into 9/11 that rekindled speculation that some of the hijackers had ties to Saudi government officials. Later U.S. investigations into the attacks were unable to substantiate the allegations.

Saudi Arabia welcomed the release of the declassified files, saying they contained no surprises and should end speculation of official Saudi involvement. But the kingdom has strongly objected to the proposed legislation allowing 9/11 lawsuits, which would give victims' families the right to sue Saudi Arabia in U.S. courts over any role that the Saudi government may have played in the 2001 attacks.

The United Arab Emirates, which has the second-largest economy in the GCC after Saudi Arabia, issued its own statement echoing the Gulf bloc's concerns Monday.

"This law is not equal with the foundations and principles of relations among states, and represents a clear violation given its negative repercussions and dangerous precedents," said Sheikh Abdullah bin Zayed Al Nahyan, the federation's foreign minister.

The seven-state Emirates federation is one of Washington's closest Arab allies. Two of the 9/11 hijackers were Emirati.

Besides Saudi Arabia and the UAE, the GCC includes Bahrain, Kuwait, Oman and Qatar.

In its own statement, Qatar said the 9/11 legislation "violates international law, particularly the principle of sovereign equality between states." The head of the Arab League, Ahmed Aboul-Gheit, added his criticism too, saying the law would contradict "established norms of the international law," according to Egypt's state news agency MENA.