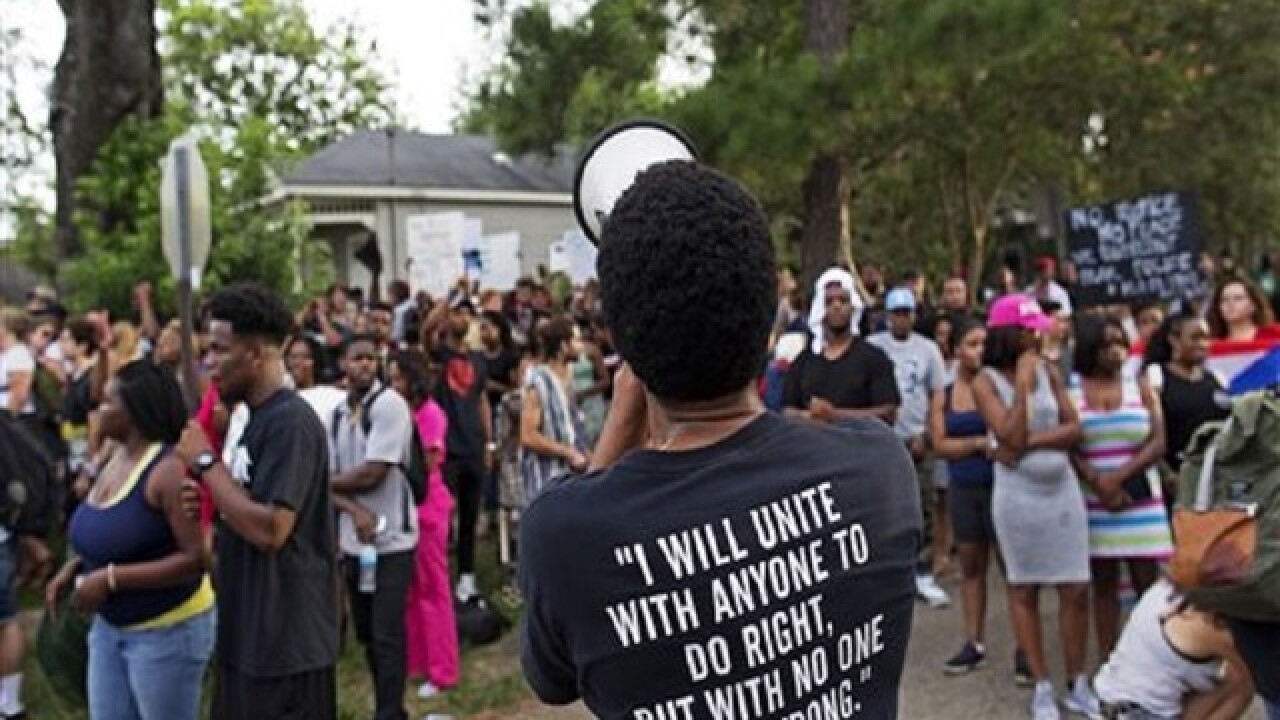 A group of local organizations are suing the Baton Rouge, Louisiana, police over their treatment of demonstrators protesting the shooting death of a 37-year-old black man.

The lawsuit describes the protests as peaceful and blames law enforcement for escalating the situation.

The shooting death last week of Alton Sterling at the hands of two white police officers sparked outrage among many in the black community.

The police have come under fire for tactics they used on protesters over the weekend. Over a three-day period, police arrested about 200 people.

The governor has defended the police, calling their response "moderate."

The protests in Baton Rouge were a few of many protests that took place from coast to coast, led by young people who are part of the Black Lives Matter movement.

The demonstrators walked onto a bridge across the Mississippi River and chanted "I believe that we will win." Troopers arrested protesters on the freeway after about an hour. The interstate reopened shortly after 9:15 a.m.

The demonstrators were protesting recent deaths by police. Philando Castile was fatally shot by a St. Anthony officer during a traffic stop in Falcon Heights last week.