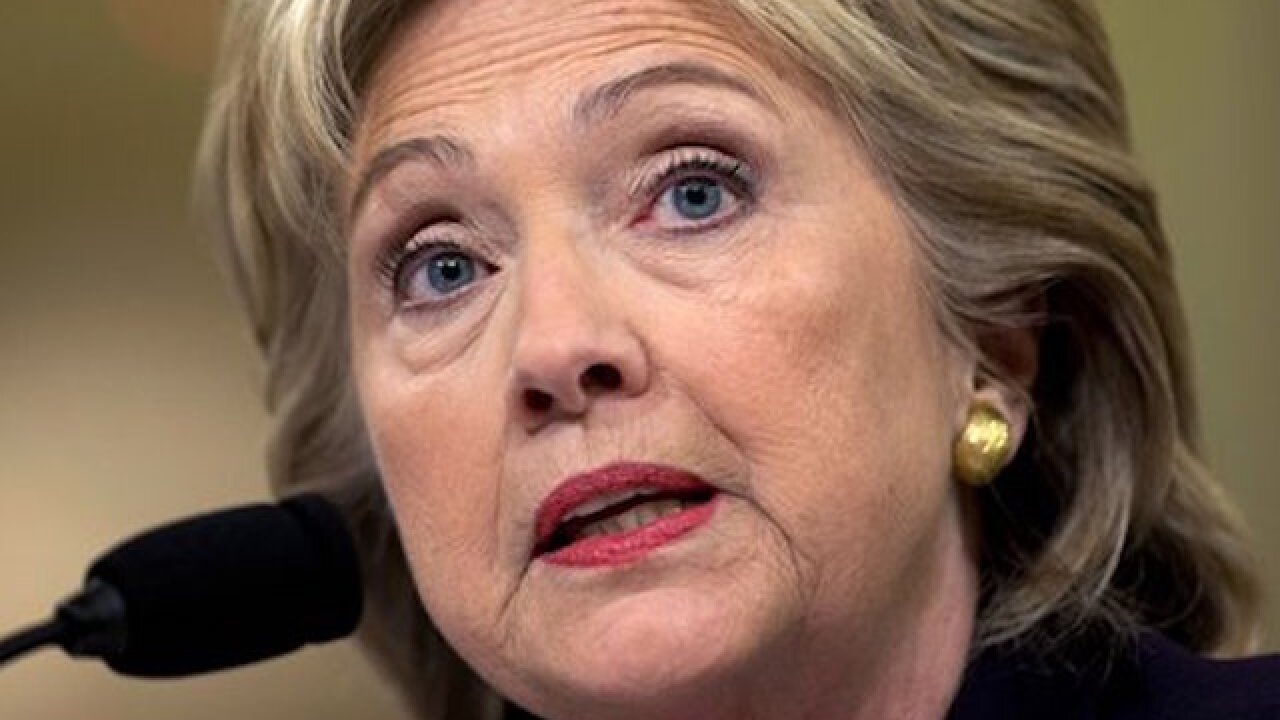 Copyright 2018 Scripps Media, Inc. All rights reserved. This material may not be published, broadcast, rewritten, or redistributed.
Carolyn Kaster
FILE - In this Oct. 22, 2015 file photo, former Secretary of State Clinton testifies on Capitol Hill in Washington. Lawyers for the State Department have asked a federal judge to limit the scope of testimony about Hillary Clintonís use of a private email account as secretary of state. (AP Photo/Carolyn Kaster, File)

WASHINGTON (AP) — Lawyers for the State Department have asked a federal judge to limit the scope of testimony about Hillary Clinton's use of a private email account as secretary of state.

In its response, the government asked the judge to strictly limit the questions that can be asked to those involving the 2009 creation of Clinton's private email system. Topics the government asked Sullivan to forbid include the "employment status of a single employee; the storage, handling, transmission, or protection of classified information, including cybersecurity issues; and questions about any pending investigations."

There are also at least 38 civil lawsuits, including one filed by The Associated Press, seeking records related to Clinton's time as secretary of state from 2009 to 2013.

Critics of Clinton's decision to rely on the private server have suggested it potentially made her communications more vulnerable to being stolen by hackers, including those working for foreign intelligence agencies.

In response to public records requests, the State Department has released more than 52,000 pages of her work-related emails, a small percentage of which have been withheld because they contain information considered sensitive to national security. Thousands of additional emails have been withheld by Clinton, whose lawyers say they contain personal messages unrelated to her government service.

Clinton has admitted on the campaign trail that her home-based email setup was a mistake, but insists she never sent or received any documents that were marked classified at the time.