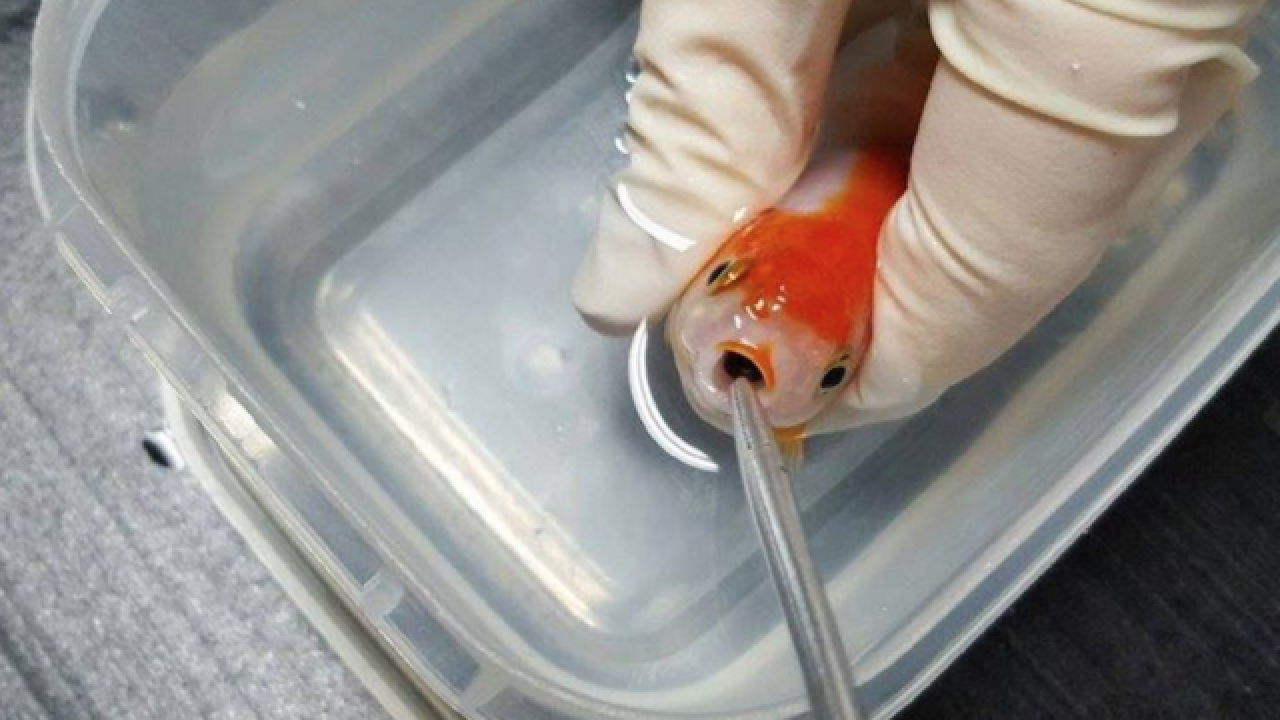 Rather than flushing him down the toilet, an Australian goldfish owner took her pet goldfish to a veterinarian last week to have a pebble removed from the goldfish's throat.

According to CBS News, the surgery required the owner to spend $500. A spokesperson for the Brisbane Bird and Exotics Veterinary Services told CBS News that the owner did the right thing.

“While there has been quite a lot of fuss made over the cost of the procedure, we are really just focused on getting a great outcome for the pet, and their worried owner,” the clinic said. “Most people wouldn’t bat an eyelid spending this money on a dog, cat or child, so why would we value our beautiful exotic pets any less?”

According to the Brisbane Bird and Exotics Veterinary Services clinic, Conquer was given an anesthetic to knock out the goldfish. While the goldfish, named Conquer, was knocked out, Dr. Emma McMillan removed the black stone from Conquer's oral cavity.

After spending the night at the clinic, Conquer returned home to his owner and has been a healthy and happy goldfish since the surgery.

Conquer is a Ranchu goldfish, a fancy breed of the fish, which has a lifespan of 10 to 15 years, with some goldfish living for more than 20 years with proper care.