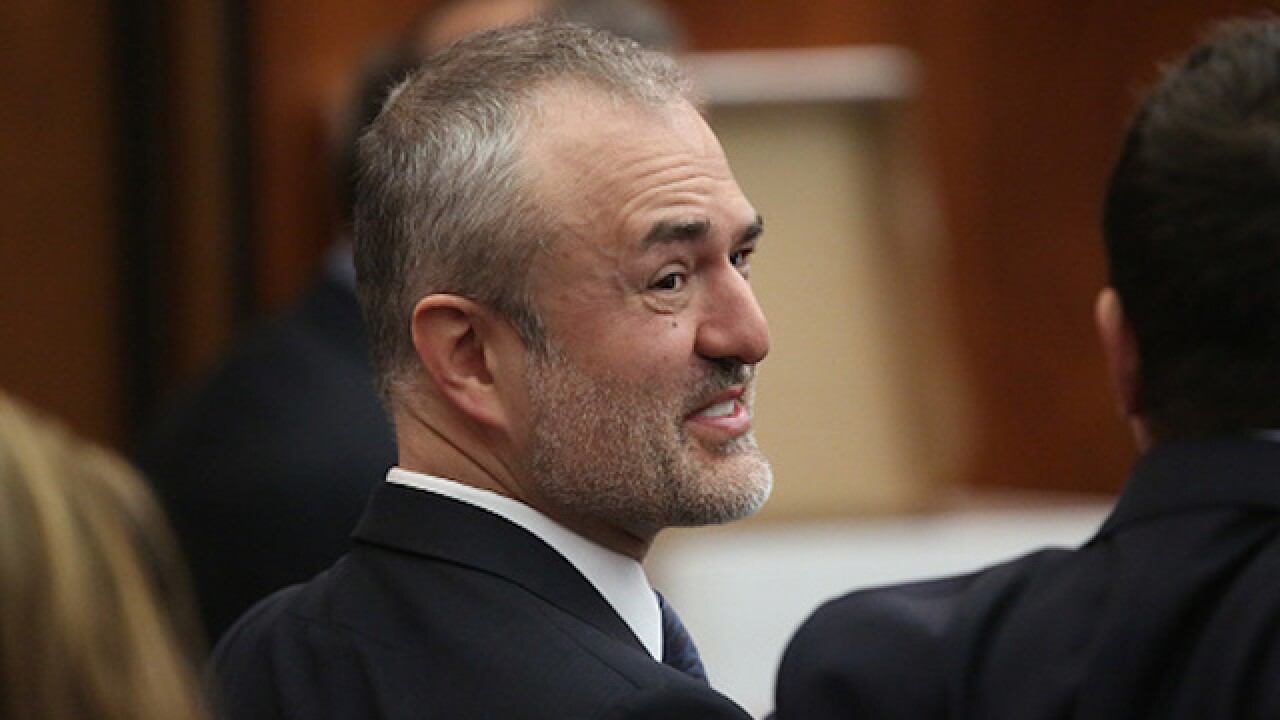 Pool
<p>ST PETERSBURG, FL - MARCH 08: NY POST OUT Nick Denton, founder of Gawker, talks with his legal team before Terry Bollea, aka Hulk Hogan, testifies in court during his trial against Gawker Media at the Pinellas County Courthouse on March 8, 2016 in St Petersburg, Florida. Bollea is taking legal action against Gawker in a USD 100 million lawsuit for releasing a video of him having sex with his best friends wife. (Photo by John Pendygraft-Pool/Getty Images)</p>

NEW YORK (AP) — Gawker founder Nick Denton filed for personal bankruptcy Monday in the aftermath of a Florida jury's awarding $140 million to Hulk Hogan in a privacy case revolving around a sex tape posted on Gawker.com.

As a result of the verdict, which is being appealed, Gawker's parent company has gone into bankruptcy and is up for sale.

Denton tweeted on Monday that it was a "bitter day" for him but that New York-based Gawker Media, home to blogs including women's site Jezebel and the tech-themed Gizmodo as well as the snarky Gawker, would "thrive" under new owners. An auction is scheduled for mid-August.

Silicon Valley billionaire Peter Thiel bankrolled the lawsuit filed by Hogan, whose real name is Terry Bollea, against Gawker. That raised concerns about the wealthy using their power to bring down media outlets.

In a memo to Gawker Media staff, Denton wrote that it's "disturbing to live in a world in which a billionaire can bully journalists because he didn't like the coverage." Thiel, who co-founded PayPal and was an early investor in Facebook, was outed as gay by a Gawker-owned website.

Hogan's attorney David Houston said in a statement that Denton's bankruptcy "has nothing to do with who paid Mr. Bollea's legal bills, and everything to do with Denton's own choices and accountability. If even one person has been spared the humiliation that Mr. Bollea suffered, this is a victory."

The case stems from Gawker posting a video of Hogan having sex with a friend's wife. Gawker has argued that its footage was newsworthy and protected by the First Amendment.

Only after Hogan won the jury verdict in March did Thiel's role come to light.

Publishing company Ziff Davis has bid to buy Gawker Media for $90 million, but another buyer may win the auction later this month.