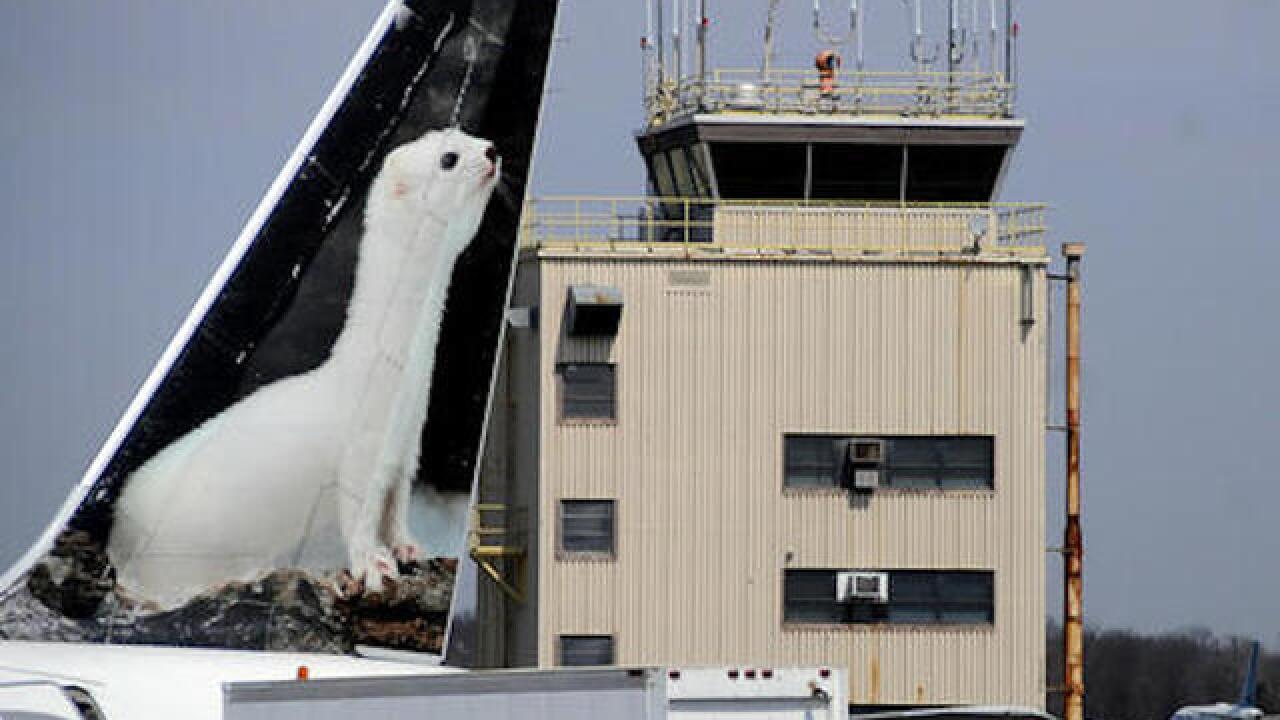 Jackie Schear
<p>FILE - In this April 8, 2013 file photo, the painted tail appears on a Frontier Airlines aircraft parked at a gate at Trenton-Mercer Airport in Ewing, N.J. Four women pilots who fly for Frontier want the airline to change policies on maternity leave and make it easier for new mothers to pump breast milk once they have returned to work. The American Civil Liberties Union has filed discrimination charges with the Equal Employment Opportunity Commission on behalf of the four. (AP Photo/The Trentonian, Jackie Schear, file)</p>

DENVER (AP) — Lawyers for four female pilots who fly for Frontier have filed claims aimed at forcing the airline to change policies on maternity leaves and make it easier for new mothers to pump breast milk in private after returning to work.

The women say Frontier Airlines fails to offer either paid maternity leave or job reassignment for pregnant pilots and does not provide a convenient, private place for pumping milk at work.

The four pilots say that constitutes unequal treatment on the basis of sex and has resulted in women suffering financial harm, pain and illness.

"No woman should have to go through what we went through," pilot Shannon Kiedrowski said Tuesday in a statement.

Frontier did not immediately respond to a request for comment.

The American Civil Liberties Union said it had filed discrimination claims with the Equal Employment Opportunity Commission on behalf of Kiedrowski, a Frontier employee since 2002; Brandy Beck, who joined Frontier in 2003; and Erin Zielinski and Randi Freyer, who have worked for the airline since 2013.

In documents filed with the EEOC Monday, the women described their struggles to get Frontier to provide places for them to pump breast milk during work days that can last more than 12 hours and include flights of up to five hours on schedules lasting up to five days.

Frontier has designated a room for breast milk pumping at its hub at Denver International Airport, but the pilots said it was not always convenient to their gates and that such rooms were not always available at other airports.

Kiedrowski told the EEOC she has pumped in an airplane restroom. On one occasion, she said she was given a written reprimand and told leaving the flight deck to pump raised safety issues.

Jeff Nowak, a Chicago attorney who has represented employers in such cases, said the EEOC has said employers must accommodate "lactation issues" as they would any employee's medical needs. He said the Denver airport room provided for pumping might be considered adequate accommodation.

Nowak is not involved in the Frontier case,

The pilots also described to the EEOC failed attempts to get assignments outside the cockpit that would have let them work longer and continue earning while pregnant. Frontier, they said, requires pregnant pilots to go on maternity leave following the 32nd week of pregnancy.

Phoebe Taubman, senior staff attorney with the advocacy group A Better Balance, said that such forced leave policies are not uncommon and stem from concern about an employee going into labor while on the job.

However, she said alternate duties can help an employer by retaining the experience and expertise of a worker, who gains critical earnings.