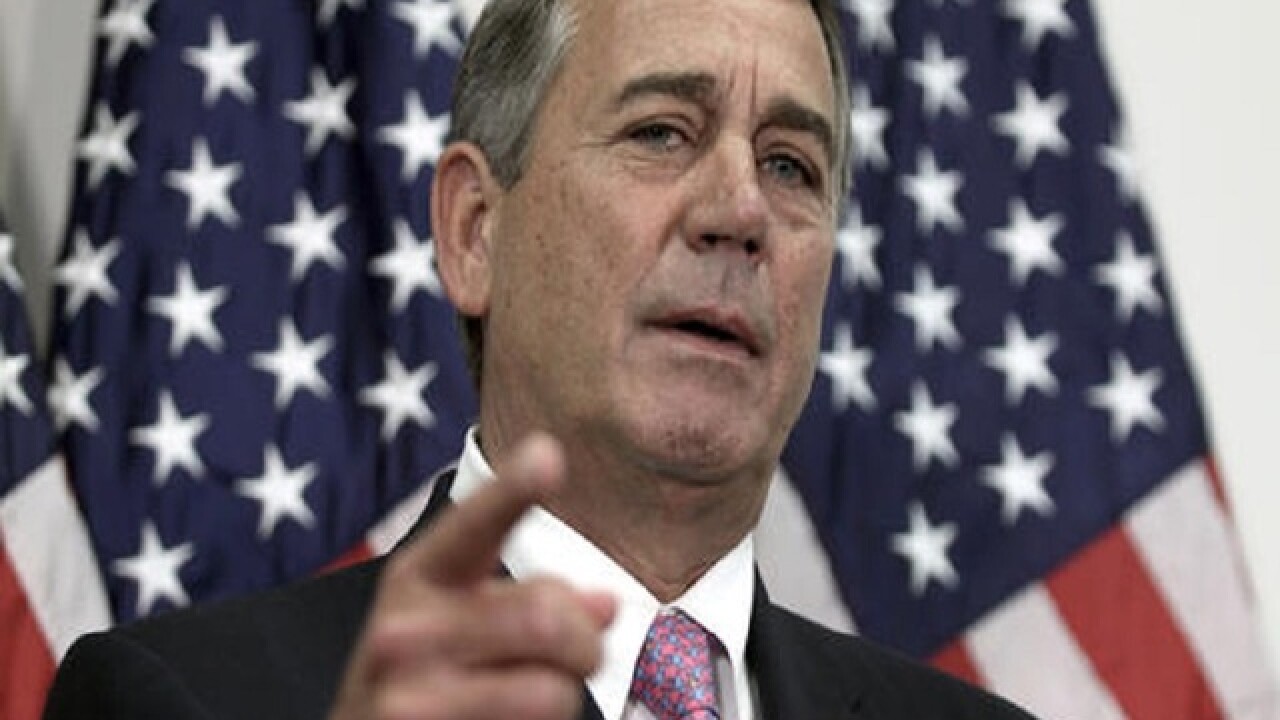 FORT WAYNE, Ind. (AP) — Former House Speaker John Boehner unloaded on Republican presidential candidate Ted Cruz during a talk to college students, calling the Texas senator "Lucifer in the flesh."
Speaking at a town hall-style event at Stanford University Wednesday, Boehner called front-runner Donald Trump his "texting buddy," but offered a more graphic response when asked about Cruz.
"Lucifer in the flesh," the former speaker said. "I have Democrat friends and Republican friends. I get along with almost everyone, but I have never worked with a more miserable son of a b---- in my life."
RCP Net Favorability for Ted Cruz Over Time | InsideGov
His comments were first reported by Stanford's student newspaper.
Cruz, campaigning in Fort Wayne, Indiana, Thursday ahead of the state's May 3 primary, responded by saying Boehner was letting his "inner Trump come out" with his remarks. He attempted to turn the criticism into a slam on Trump.
"John Boehner in his remarks described Donald Trump as his texting and golfing buddy," Cruz said. "So if you want someone that's a texting and golfing buddy, if you're happy with John Boehner as speaker of the House and you want a president like John Boehner, Donald Trump is your man."
Both Cruz and Carly Fiorina, who was campaigning with him after he named her as his running mate Wednesday, referred to Boehner's comments during the rally.
In 2013, Cruz joined forces with tea party conservatives in the House in triggering a partial, 16-day government shutdown over demands to undo President Barack Obama's health care law. There was no chance Obama would agree to such a step, and Republican leaders like Boehner saw the move as a fruitless effort that only hurt the GOP politically.
Two years later, the same House conservatives challenged Boehner's leadership, and the speaker decided to step down rather than allow a very public fight.
Boehner's successor, House Speaker Paul Ryan, said at his weekly news conference Thursday that he has "a much better relationship than that with Sen. Cruz."
"My job is to help unify our party," Ryan said, when reporters pressed him on Boehner's comments. "I have a very good relationship with both of these men, and I'm going to keep it that way."
Cruz told reporters Thursday that he had never worked with Boehner.
"The truth of the matter is I don't know the man," Cruz said. "I've met John Boehner two or three times in my life. If I have said 50 words in my life to John Boehner, I would be surprised. And every one of them has consisted of pleasantries, 'Good to see you, Mr. Speaker.' I've never had any substantive conversation with John Boehner in any respect."
Cruz said he was rebuffed by Boehner when he asked to meet with him during the government shutdown.
Cruz said Boehner's comments reflect his frustration with Americans who stand with Republicans who want to hold members of Congress accountable for their campaign promises to repeal Obama's health care law and pursue other conservative goals.
"When John Boehner calls me Lucifer, he's not directing that at me," Cruz said. "He's directing that at you."
Associated Press 2016