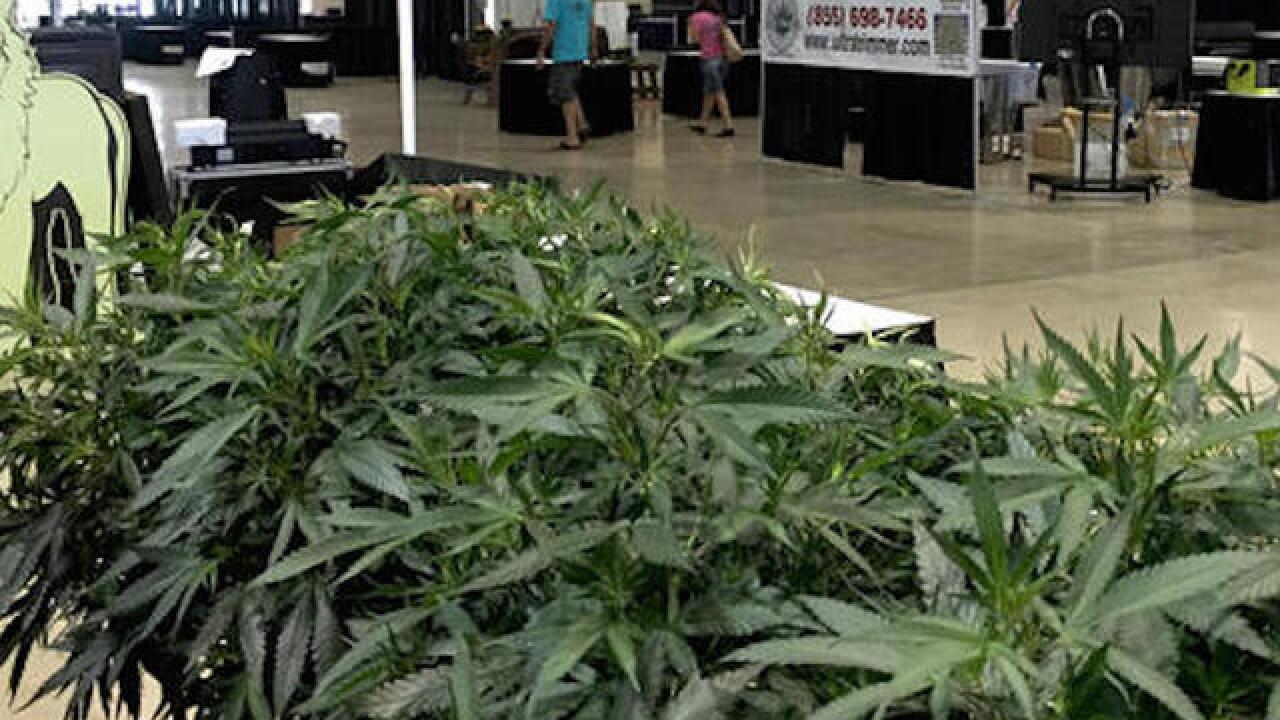 Copyright Associated Press
Andrew Selsky
<p>For the first time ever Oregon’s producers are be able to display live plants at the Oregon Cannabis Growers' Fair in Salem, Ore., on Friday, Aug. 12, 2016. In a sign of how mainstream the once-illicit marijuana industry is becoming in Oregon, one of four states to have legalized it, exhibitors are heading to the state capital to set up for the inaugural Oregon Cannabis Grower's Fair. (AP Photo/Andrew Selsky)</p>

SALEM, Ore. (AP) — People flocked to Oregon's first-ever marijuana growers' fair on Saturday where a competition for best pot plants will be held, with the winning entries to be displayed at the Oregon State Fair.

The inaugural two-day event being held in an exhibition hall on the Oregon State Fairgrounds underscores how the once-illicit marijuana industry is starting to go mainstream in Oregon, one of four states to have legalized recreational marijuana use, along with Washington, D.C.

Donald Morse, a pot grower who conceived the Oregon Cannabis Growers' Fair, said attendance was strong, less than two hours after the doors opened Saturday morning. Segments of the industry, from seed providers all the way to a company offering mechanized bud trimmers, were among more than 80 exhibitors at the fair that ends Sunday.

Reggae music thumped from Savant Plant Technologies' display on Friday as owner James Knox, 38, of Corvallis, set up his do-it-yourself grow package, including peat and microorganisms to stimulate plant growth.

"It's nice for us to be stepping across the line and say, 'Here we are, and we're ready to do business,'" he said. "For those of us who have been doing this a long time, this is a breath of fresh air because we're able to work openly and in the light."

Nine winning entries of a pot-plant competition at this fair will be displayed in two weeks at the Oregon State Fair, along with more traditional items like tomatoes, hogs and horses. It will be the first time cannabis will be exhibited at a state fair anywhere in the United States, organizers said.

"It is an historic event. It's a great opportunity to meet these growers that typically were underground," said fair organizer Mary Lou Burton. "We're trying to get people connected up and networking."

The business is booming. Oregon's Legislative Revenue Office in May quadrupled its estimate of net state tax revenues, from $8.4 million to $35 million, expected from recreational marijuana through June 30, 2017.

But with marijuana still illegal under federal law, the industry can't use banks to do their business.

Jerry Fee, owner of NorthWest Safe Sales of Oregon City, uses the banking impediment as a business opportunity and was setting up a display at the growers' fair including four formidable-looking safes. His prices range from $800 to $15,000.

"People like to lock up what's important to them, whether its money or product," he said.

Business names at other exhibits included Pruf Cultivar, My Urban Greenhouse, Half Baked and Greener Futures.

Morse, who is also executive director of the Oregon Cannabis Business Council, said the fair aims to "demystify" marijuana.

"It's not to tempt people to use marijuana," Morse said. "It is to educate. Cannabis is Oregon's newest farm crop."