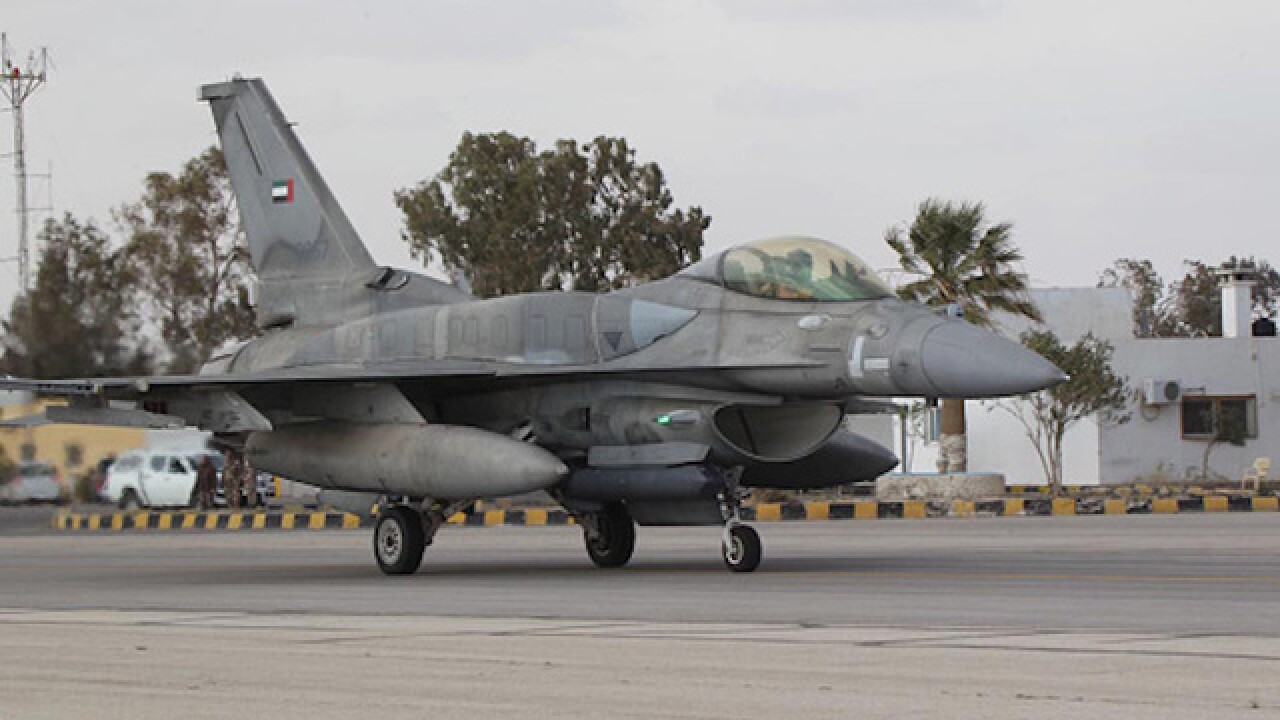 Handout
<p>JORDAN: This handout picture released by the official Jordanian news agency, PETRA on February 8, 2015, shows a squadron of United Arab Emirates (UAE) F-16 fighters stationed in one of Jordan's air bases to support it in strikes against the Islamic State group.  (Photo by PETRA via Getty Images)</p>

WASHINGTON (AP) — The Pentagon says that an F-16 fighter jet has crashed at Bagram Air Base in Afghanistan.

Pentagon press secretary Peter Cook says the pilot safely ejected and is being evaluated by medical personnel. Cook says the jet crashed during takeoff at the base outside Kabul on Tuesday.

The pilot is part of the 455th Air Expeditionary Wing at Bagram.