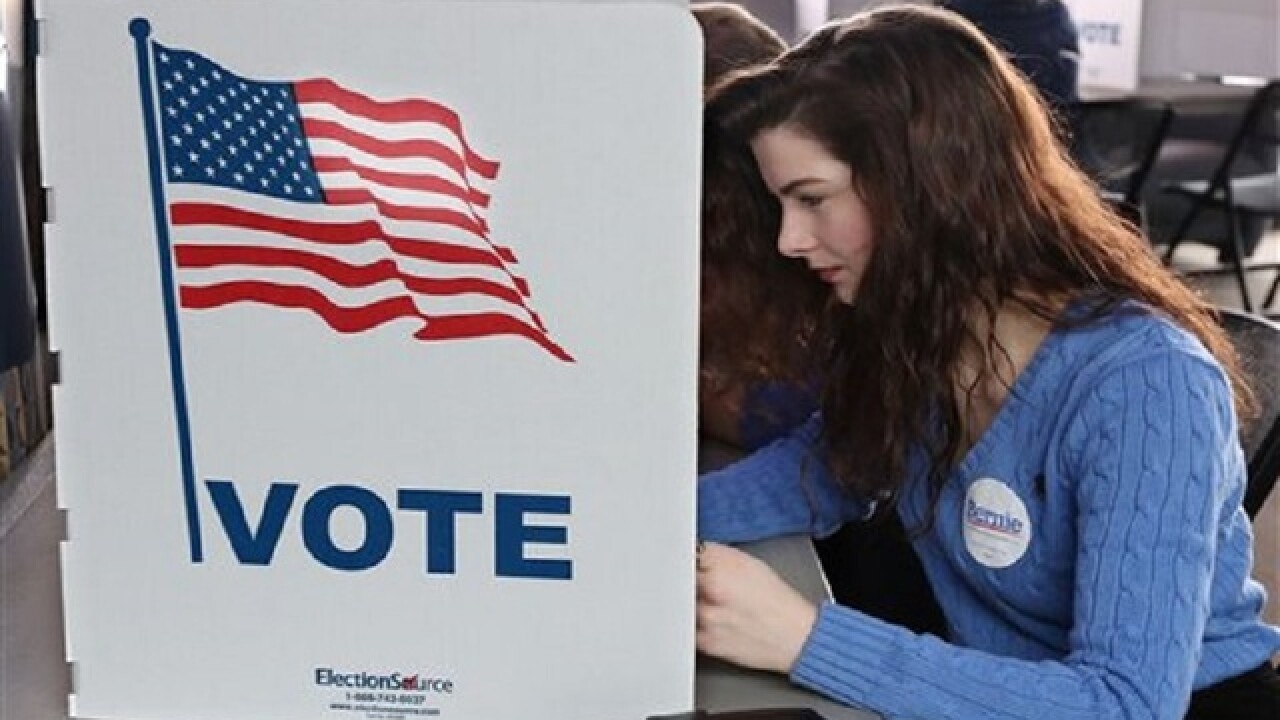 WASHINGTON (AP) — Wisconsin GOP primary voters say a potential Donald Trump presidency inspires both more excitement— and more fear— than his remaining Republican rivals.
That's according to early results of exit polls conducted Tuesday for The Associated Press and television networks by Edison Research.
On the Democratic side, voters are more excited about Vermont Sen. Bernie Sanders but view former Secretary of State Hillary Clinton as the better candidate to beat Trump.
On the issues, both Democratic and Republican voters in Wisconsin say the economy is weighing heavily on their minds as they head to the polls, but Republicans list terrorism higher on their priority lists than Democrats.
Other highlights from the exit polls:
___
EXCITED BUT SCARED
About a quarter of Wisconsin GOP primary voters say they're excited about Trump, while less than 15 percent say that of either Ohio Gov. John Kasich or Texas Sen. Ted Cruz, exit polls show.
At the same time, nearly 4 in 10 say they're scared about what Trump would do as president, while only about 1 in 10 say that about either Cruz or Kasich.
In the case of a brokered Republican convention, nearly 6 in 10 say the party should nominate the candidate with the most support in the primaries, which so far would be Trump. Four in 10 say the party should nominate the candidate the delegates think would make the best nominee.
___
EXCITEMENT, REALISTIC, HONEST
At least 7 in 10 Democratic primary voters in Wisconsin said they are excited or optimistic about what either candidate would do in office, but they're more likely to be excited about Sanders. About a third say they're excited about what he would do, while about half as many say that about Clinton.
More than half say Sanders inspires them more about the future of the country, while 4 in 10 say Clinton does. But more than half also say Clinton is the candidate best suited to beat Trump. Three-quarters say Clinton has realistic policies, more than the two-thirds who say that of Sanders.
Democratic voters were more likely to describe Sanders than Clinton as honest. Nine in 10 say so of Sanders, while 6 in 10 say so of Clinton.
___
ECONOMIC WORRIES
Both Republican and Democratic voters in Wisconsin say the economy is weighing heavily on their minds as they head to the polls Tuesday.
Three quarters of Democratic voters say they are worried about the direction of the U.S. economy, according to early exit polls. More than a third say the economy and jobs are the most important issues facing the country and 3 in 10 consider income inequality to be of paramount concern.
The Republicans who came out to vote are even more troubled by the direction of the economy, the early exit polls show. More than 9 in 10 say they are either very or somewhat worried.
Similar to the Democrats, about 30 percent of Republicans consider the economy and jobs the country's top problem, and just about as many consider government spending the most important issue.
___
TERRORISM
While 3 in 10 voters in the Republican primary select terrorism as the country's most important issue, only about 10 percent of voters in the Democratic primary also selected terrorism as the top concern. However, 70 percent of Democrats are very or somewhat worried about the prospect of a major attack on the country. (Republicans were not asked that question.)
Republican and Democratic voters disagree about how involved the United States should be with concerns outside its own borders.
Just a quarter of Democrats would like to see the United States expand its responsibilities in world affairs and a third would rather the country take a reduced role on the world stage. But nearly half of the Republican voters say the United States should become more active in world affairs, and about 3 in 10 say a less active role would be better.
___
The survey was conducted for The Associated Press and the television networks by Edison Research as primary voters left their polling places at 35 randomly selected sites in Wisconsin. The preliminary results include interviews with 1,188 Democratic primary voters and 1,012 Republican primary voters and have a margin of sampling error of plus or minus 4 percentage points.
Associated Press 2016