Everyone is on Pokemon Go — even the Westboro Baptist Church 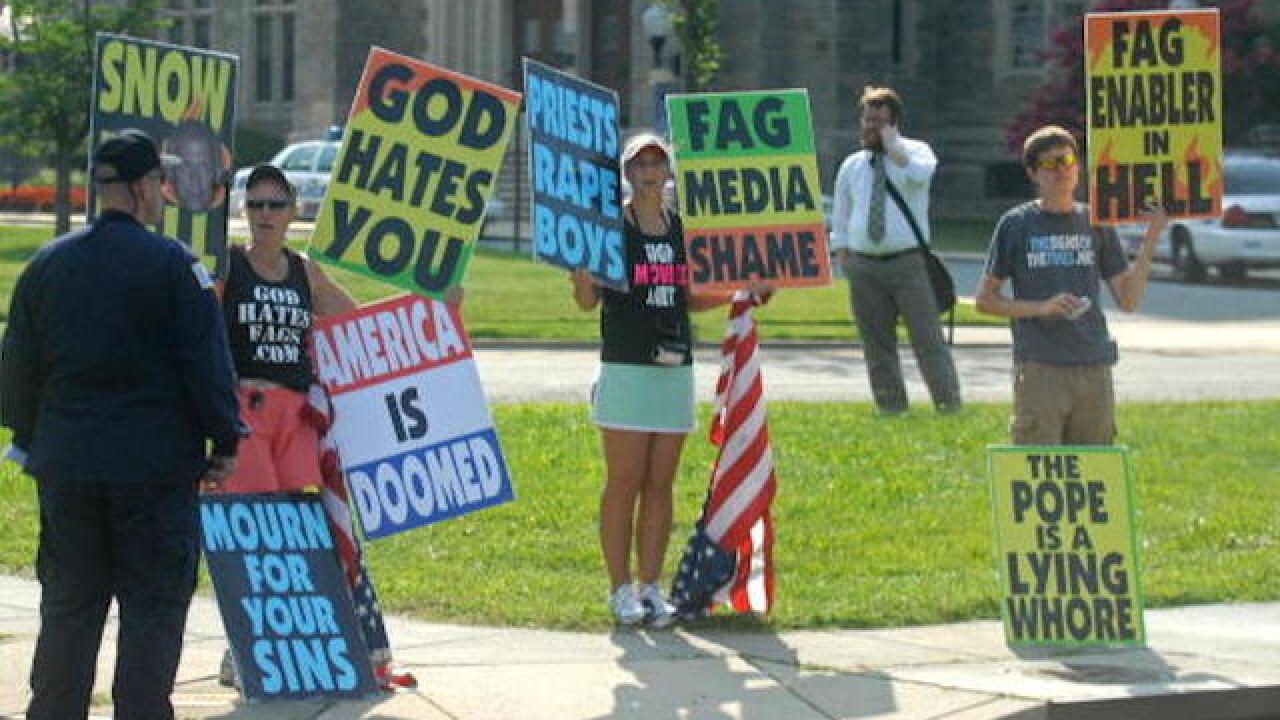 Pool
<p>WASHINGTON - JULY 17: (AFP OUT) Members of the Westboro Baptist Church protest near the National Shrine of the Immaculate Conception where the funeral service for former White House press secretary Tony Snow are being held in Washington on July 17, 2008. Snow died on July 12, at the age of 53, as a result of colon cancer. (Photo by Kevin Dietsch-Pool/Getty Images)</p>

Even the Westboro Baptist Church is playing Pokemon Go.

The Topeka, Kansas-based church, known for preaching hateful rhetoric toward the LGBT community, the United States military and just about every religion, is listed as a “gym” on the Pokemon Go app. Pokemon Go players move about in real life from gym to gym and can do battle with teams affiliated with each gym.

At one point during the weekend, a Pokemon Go user won a battle at the Westboro Baptist Church gym, and took the opportunity to troll the group’s anti-LGBT rhetoric by defending the gym with a pink Pokemon called a Clefairy. The user aptly named his Clefairy, “LOVEISLOVE.”

the fact that Westboro Baptist Church is a gym being controlled by a Clefairy named LOVEISLOVE is my fav. #PokemonGO pic.twitter.com/baRK3XDvod

However, the Church fired back by sharing Pokemon-related memes to push their values. One Vine video features a singing Pokemon called a Jigglypuff telling viewers to “Repent or Perish.”

The church also shared a number of anti-LGBT images with Pokemon themes on their Twitter page.