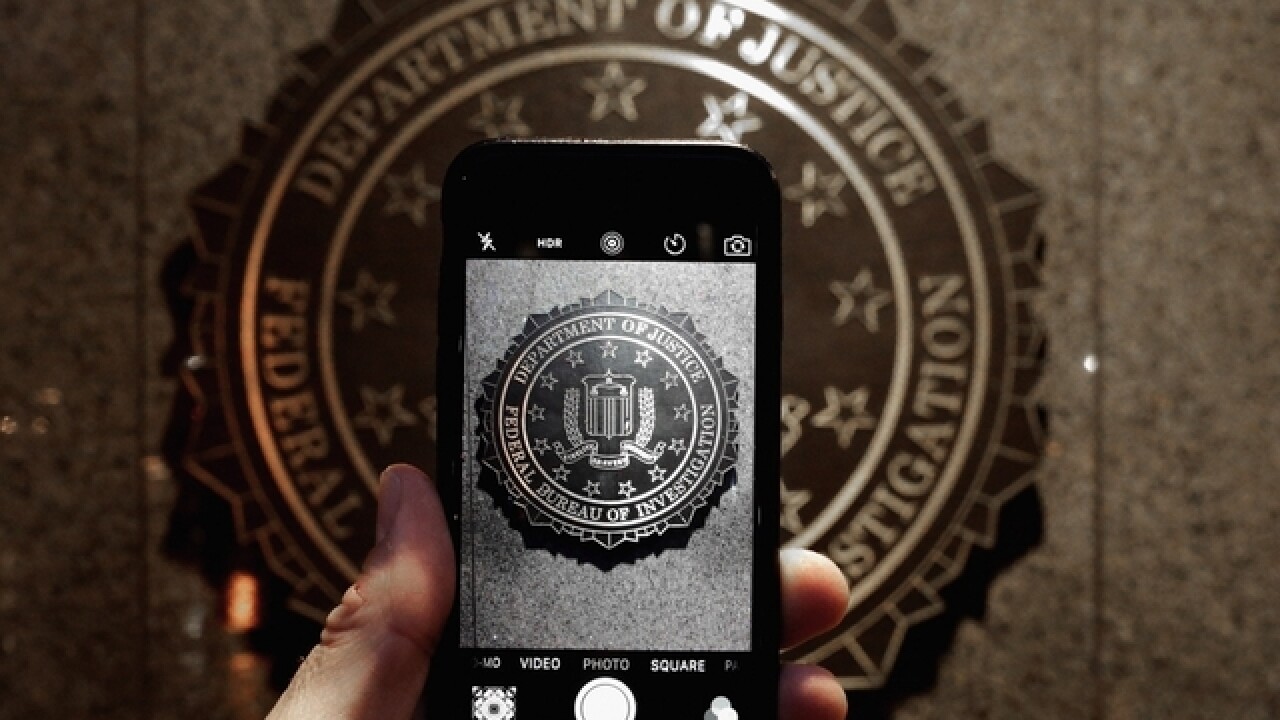 WASHINGTON (AP) — FBI Director James Comey said Tuesday he was glad a court fight in California over access to a locked iPhone had ended because it "was creating an emotion around the issue that was not productive," likening the emotion and passion around the discussion to the debate over gun control.

Comey told an audience of Catholic University law school students that the FBI was correct to ask a judge to force Apple Inc. to help it hack into the phone used by a gunman in the December mass killing in San Bernardino, California.

"That litigation," he said, "had to be brought, in my view, because that case had to be investigated in a reasonable way."

But generally speaking, Comey said, lawsuits and court fights won't resolve the broader collision between privacy and national security. He said he regretted that the San Bernardino case in particular had "created an emotion around the issue that was not productive."

"We can't resolve these really important issues that affect our values — technology, innovation, safety and all kinds of other things — in litigation," he said.

The Justice Department last month told a magistrate judge that it had managed to access the phone of Syed Farood — though it didn't say how — effectively ending the case. The FBI is examining the device, but officials have not revealed whether any useful information has been recovered, and they have not said whether they will share with Apple the method they used to break into the phone.

Comey said one "unintended benefit" of the Apple case has been greater public dialogue and engagement about the balance between privacy and security. But he said he hoped "some of the emotion would come down" and that the dialogue was not well-served by "being tweeted about" or being spoken of in absolutes.

"Some of the emotion that I've received around this issued remind me sometimes, in the absolutist and slippery slope arguments, reminds me of some of the rhetoric we hear in the gun debate," he said.

Comey said the debate would continue given that there are "plenty" of cases affected by encryption. The Justice Department last week said that it would continue trying to force Apple to reveal an iPhone's data in a New York City drug case.