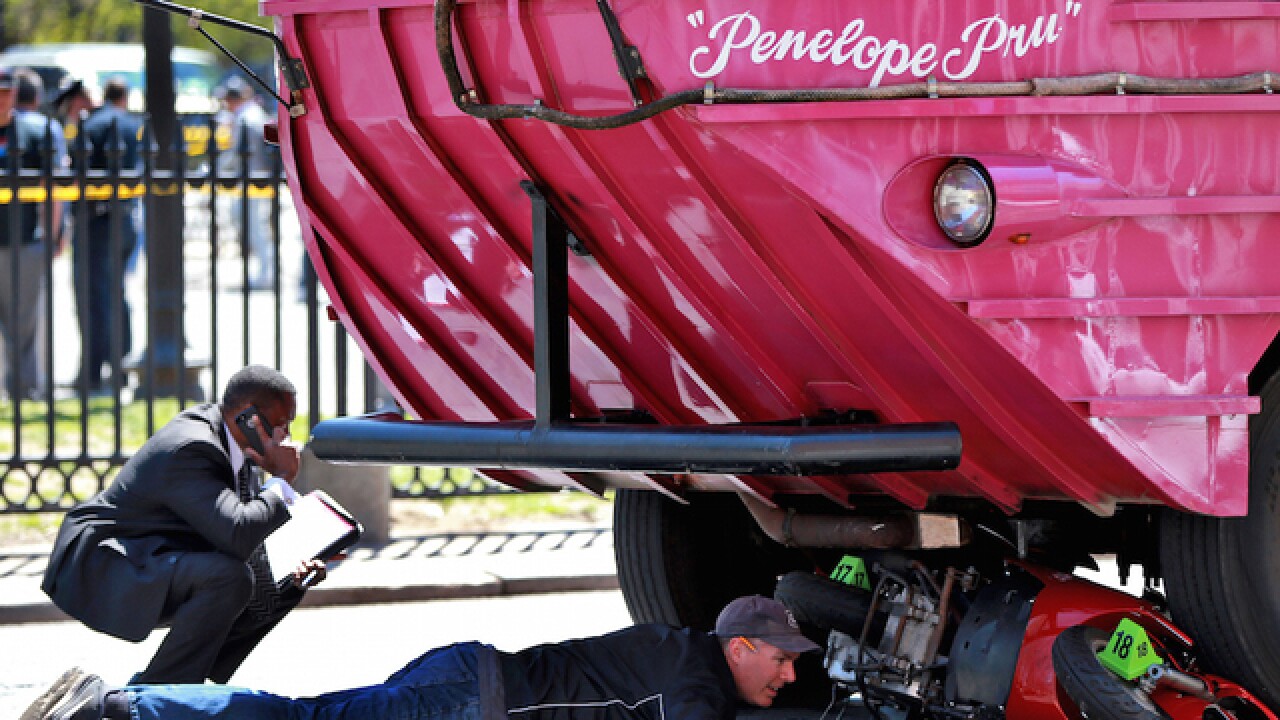 Jonathan Wiggs
<p>Investigators work the scene of an accident involving a Duck Boat on Saturday, April 30, 2016 in Boston. (Jonathan Wiggs /The Boston Globe via AP) BOSTON HERALD OUT, QUINCY OUT; NO SALES; MANDATORY CREDIT JONATHAN WIGGS</p>

A 29-year-old woman was killed and her passenger was injured after the scooter she was driving was struck by an amphibious sightseeing vehicle in downtown Boston on Saturday.

The crash happened around 11:30 a.m. right near public park Boston Common when the vessel, known as a duck boat, collided with the scooter.

The woman and her male passenger were taken to Massachusetts General Hospital, where the woman died from her injuries, according to Boston police Officer Rachel McGuire. The passenger suffered non-life threatening injuries, McGuire added.

There were about 30 passengers on the duck boat when the crash happened, McGuire said. There were no other injuries.

Bob Schwartz, a Boston Duck Tours spokesman, said in an email that the group is cooperating with police and trying to obtain video footage to see what happened.

The cause of the crash is under investigation. No further details were immediately available.

This is not the first mishap on the nation's roads and waterways involving duck boats.

A duck boat crashed into a charter bus, killing five passengers on the bus last year in Seattle. Two Hungarian tourists were killed in 2010 when a sightseeing duck boat was hit by a barge on the Delaware River near Philadelphia.

Also in Philadelphia, a Ride the Ducks vehicle struck and killed a woman in 2015 who witnesses say was crossing the street, distracted by her cellphone.

Duck boats were first used by the U.S. Army when it deployed thousands of amphibious landing craft during World War II that were known then by their military designation, DUKW. Once the war was over, they were used by civilian law enforcement agencies and also converted to sightseeing vehicles in U.S. cities. The DUKW designation was replaced with the duck boat moniker that is used by various tour companies.