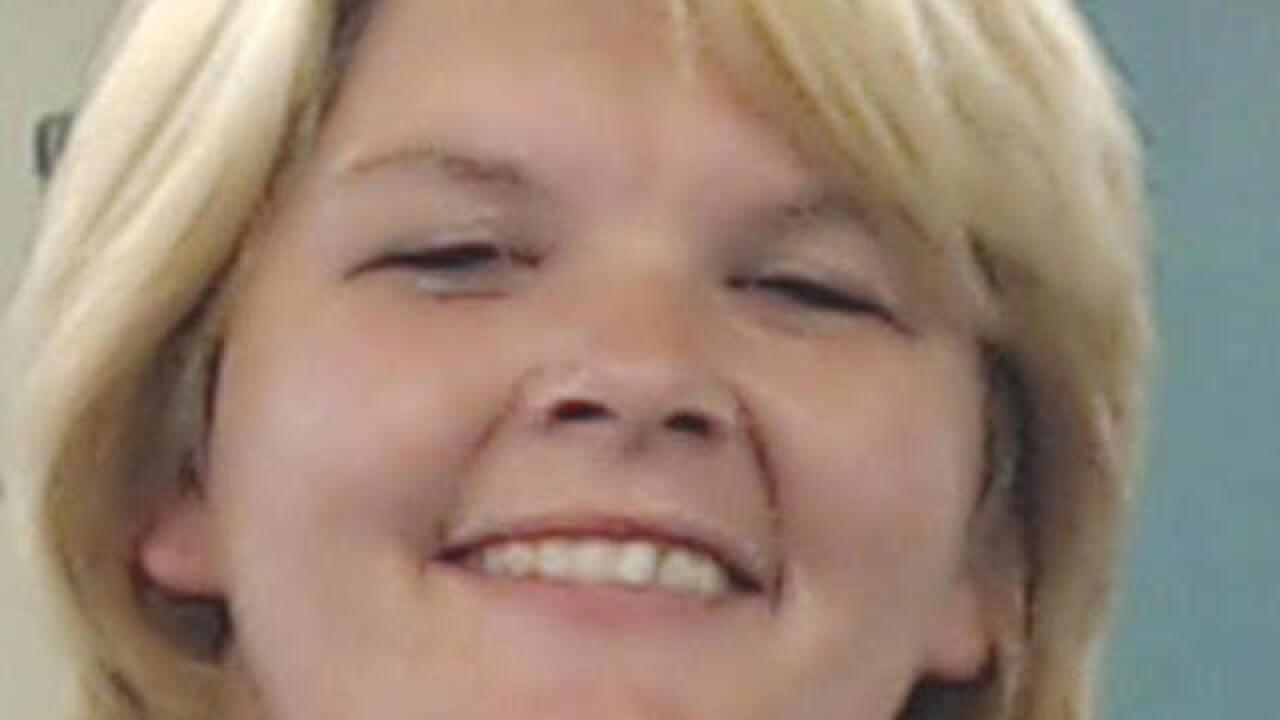 Copyright 2018 Scripps Media, Inc. All rights reserved. This material may not be published, broadcast, rewritten, or redistributed.
This undated handout photo provided by the Burnet County Sheriff's Office shows Chasity Hopson. Hopson is charged with possession of less than 1 gram of a controlled substance. She was labeled winner of a Facebook challenge after Granite Shoals police posted a joke asking that anyone in possession of methamphetamine or other illegal drugs should stop by the police station for testing because the drugs might somehow contain Ebola. (Burnet County Sheriff's Office via AP)

DALLAS (AP) — The joke has shown up on some police department Facebook pages: Anyone in possession of methamphetamine or other illegal drugs should stop by the police station for testing because the drugs might somehow contain Ebola.

In Granite Shoals, Texas, one such post, labeled a "Breaking News Alert" in block letters, was shared thousands of times. It even netted an arrest, which the local police department then reported on its Facebook page.

Police say threats about "Ebola meth" are a fun, harmless sting they set up to catch criminals in the act, even if the joke alludes to what was once an actual global public health crisis. But two good-government advocates said the posts run the risk of degrading trust in law enforcement and public health authorities.

And in the case of Granite Shoals, the local district attorney questioned whether the post might alarm people who don't use drugs, but might think a deadly virus is present in their community.

"I think there's some collateral issues that you have to consider before you use a sting," said Sonny McAfee, the district attorney for Burnet County, Texas, which is northwest of Austin.

Mitch Bratton, the chief of the Grayson, Louisiana, police department, which posted a similar item on Facebook, said several people did call to find out whether any drugs were contaminated by Ebola.

"It opened the door for us to talk about the dangers of meth," Bratton said in an interview Monday, adding that in his town, "meth is most definitely a lot bigger problem than any chance of Ebola."

Some version of the threat of "Ebola meth" has shown up in at least four other states, according to the website Snopes, which tracks and debunks Internet hoaxes.

Ebola last caused global panic when an outbreak in West Africa that began two years ago killed more than 10,000 people, according to the World Health Organization. One person who fell sick in the United States died: a Liberian man who ended up in the hospital days after arriving in Dallas. Two nurses who treated him became infected but survived.

Disease experts say Ebola is spread through contact with the bodily fluids of an infected person.

Matt Simpson, senior policy strategist at the American Civil Liberties Union of Texas, questioned what a department like Granite Shoals would do in the event of a real contaminated drug crisis.

"Are they going to run another Facebook ad that looks like this, only it's designed to help people instead of ensnare people foolish enough to follow up?" Simpson said.

But the police in Granite Shoals urged people not to take their joke too seriously.

"We at the GSPD like to show all parts of the enforcement world on Facebook and that includes our sense of humor," the department said in one post.

The department, which did not respond to several calls Monday seeking comment, posted that the "winner of the Facebook post challenge" was Chasity Hopson, a 29-year-old woman now charged with possession of less than 1 gram of a controlled substance.

Hopson was being held on $5,000 bond. She did not have a lawyer listed in court records who could comment on her behalf and several phone numbers listed for her were disconnected.

Clint McNear, a law enforcement consultant and retired police officer, compared "Ebola meth" posts to a tactic he once used: calling a person with an outstanding warrant to say someone had turned in a wallet full of cash with the person's name on it.

"Clever ideas to catch criminals (are) not new," McNear said. "And as the criminal evolves, law enforcement evolves with them."

"At a time when we're having a crisis with growing heroin addiction, it's outrageous that we would set traps for people instead of coming up with strategies to get them into treatment," Smith said.