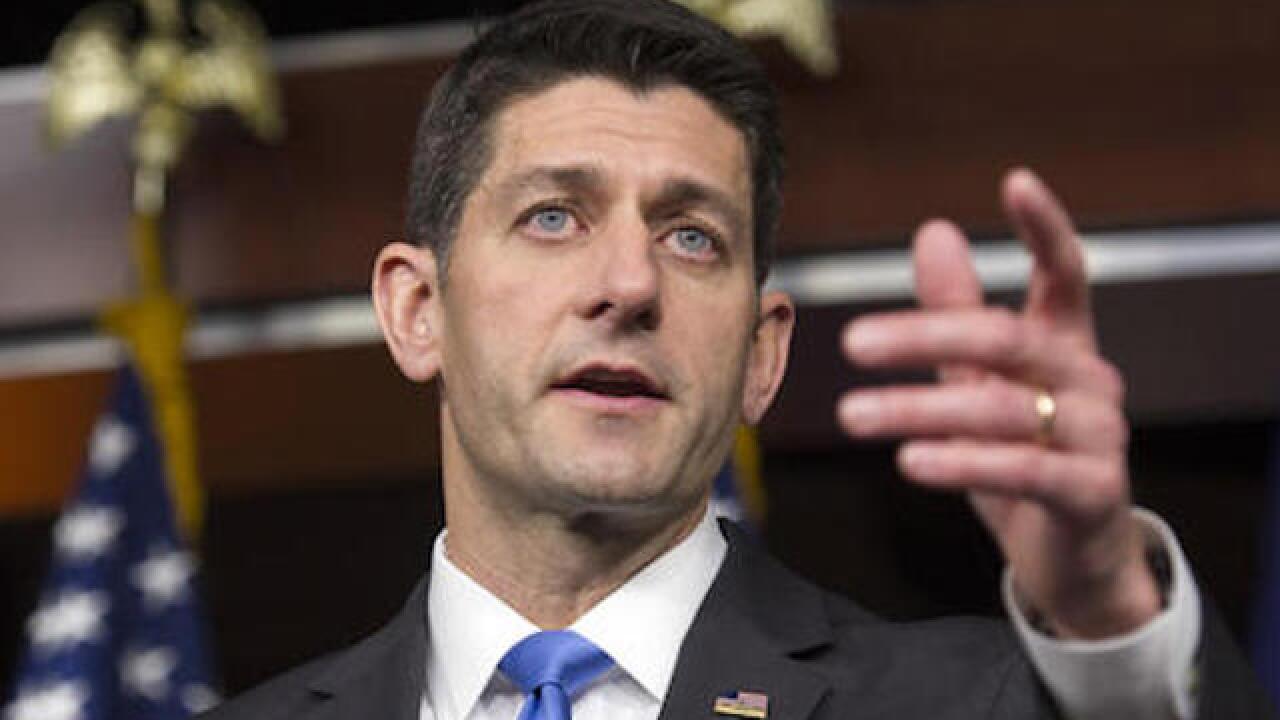 WASHINGTON (AP) — Donald Trump is winning over his Capitol Hill critics after a one-day charm offensive that demonstrates the power of his personality to drive his White House bid. Yet he's still not ruling out going "my separate way" if House Speaker Paul Ryan doesn't endorse him.

Trump said Friday he was "a little bit surprised" Ryan didn't endorse him after their "great" meeting. "I think it's a process," he told NBC's "Today" show. "I think that will come and if that doesn't come, I'll go my separate way and win the election." Asked if he was disappointed, he said "no."

For a day at least, Trump silenced his own party's skeptics with a series of private meetings with leading congressional Republicans on their turf. Afterward, the presumptive GOP presidential nominee praised the very establishment he has spent months bashing at his raucous rallies.

The day marked a step forward for political leaders desperate to unify a fractured Republican Party. GOP leaders in the House and Senate offered an overwhelmingly positive response that focused largely on Trump's charm behind closed doors, while acknowledging that differences remain.

"He's a very warm and genuine person," said Ryan, who suggested he was moving in the direction of endorsing Trump even while stopping short.

"We will have policy disputes," he said. "The question is, can we unify on the common core principles that make our party? And I'm very encouraged that the answer to that question is yes."

At the same time, Trump signaled a willingness to moderate some of his more controversial positions, including his repeated call for a temporary ban on foreign Muslims entering the United States. He said on the radio before the meetings that the proposal is "just a suggestion until we find out what's going on."

And on trade, another key sticking point, Trump told The Associated Press earlier this week that his position isn't all that different from that of the GOP establishment: "I don't think we're really far off. I just want to make great deals."

The overwhelming focus on Thursday, however, was personality.

"The secret weapon is his personality," said Trump adviser Barry Bennett. "When he looks at you and talks to you, he can own you."

"He's got a great sense of humor," said Graham, who spoke to Trump on the phone before Thursday's meetings. Not long ago, Graham called Trump a "nut job" and a "loser as a person." After speaking with Trump on the phone, the senator softened his stance.

Graham said he still won't endorse Trump, but he said Trump won the Republican nomination, so the "insults will stop with me."

High-profile Republican critics remain, however, even if they were silent on Thursday.

Mitt Romney, the GOP's 2012 nominee, lashed out at Trump the day before for so far refusing to make public his tax returns and has vowed not to vote for him. Like Romney, former presidents George H.W. Bush and George W. Bush plan to avoid the party's July national convention, where Trump will accept his party's presidential nomination.

Former Romney adviser Kevin Madden said Trump's outreach may resonate with some Republicans who are "willing to listen in the interest of uniting the party" before the election.

"Reagan said 'trust, but verify', and that verification process will look differently depending on the Republican, but some are interested in trying to learn more," Madden said. "Hillary Clinton's potential as a unifying force for even those uneasy about Trump should not be underestimated."

Rep. Chris Collins, R-N.Y., was practically elated about how well everything went.

"A couple more meetings like this, a phone call or two, I think we'll be all there," Collins said.