Trump denies he posed as his spokesman in 1991 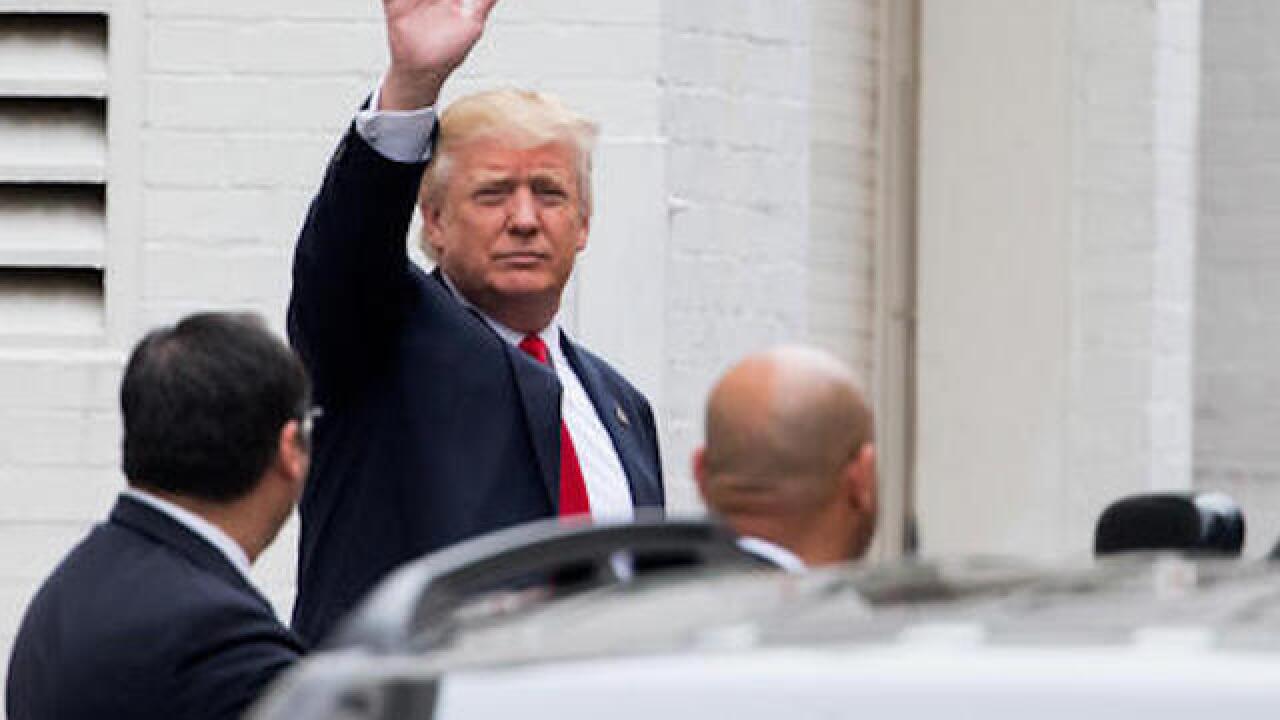 Copyright Associated Press
Andrew Harnik
<p>Donald Trump, the GOP’s presumptive presidential nominee, waves as he arrives to meet with Speaker of the House Paul Ryan, R-Wis., for their first face-to-face meeting at Republican National Committee Headquarters on Capitol Hill in Washington, Thursday, May 12, 2016, just a week after Ryan stunned Republicans by refusing to back the billionaire for president. GOP lawmakers are increasingly calling for the party to stop its infighting and unite to beat likely Democratic nominee Hillary Clinton in November, and many want to see Ryan get on board. (AP Photo/Andrew Harnik)</p>

WASHINGTON (AP) — Back when Donald Trump's love life was tabloid heaven, a Trump spokesman with intimate knowledge of the businessman's personal relationships offered juicy stories about a failing marriage, a new live-in paramour and three other girlfriends he was juggling at once.

The spokesman identified himself as John Miller. But The Washington Post says it was actually Trump, posing as his own publicist on the phone with a reporter who wondered why Miller's voice sounded so familiar.

The Post has unearthed a recording of that 1991 phone call. The voice on the phone describes Trump as irresistible to women.

"He gets called by everybody in the book, in terms of women," says the voice. "He's got a whole open field, really."

On NBC's "Today" show Friday, Trump denied being the voice on the phone. "I don't know anything about it," he said.

But he owned up to it at the time, describing the Miller call as a "joke gone awry," said the Post.

Trump also testified in a 1990 court case that he occasionally used the name John Miller and disclosed that his favorite alias was John Baron.

In the call with People magazine reporter Sue Carswell, the "spokesman" said "actresses just call to see if they can go out with him and things."

He said Madonna "wanted to go out with him" and "came in a beautiful evening gown and combat boots" to hang out with Trump at the Plaza Hotel, which he owned. "He's got zero interest that night," said the man known as Miller, apparently meaning they did not have sex.

Trump's marriage to Ivana Trump was ending that year and he was with Marla Maples, who would become his second wife. He was also seeing three other women, said the "spokesman," including model Carla Bruni.

Carswell, now at Vanity Fair, told the Post she played the recording to Maples, who confirmed the call was from Trump himself and cried upon hearing him say that a ring he had given her was not meant to imply an engagement — although their engagement was announced weeks later.

Carswell says Maples persuaded Trump to invite her out with the two of them to make up for the trickery.

A Trump supporter in Congress, GOP Rep. Duncan Hunter of California, said what happened back then "has no bearing on who he is today."

"It doesn't matter to me one whit," he said.