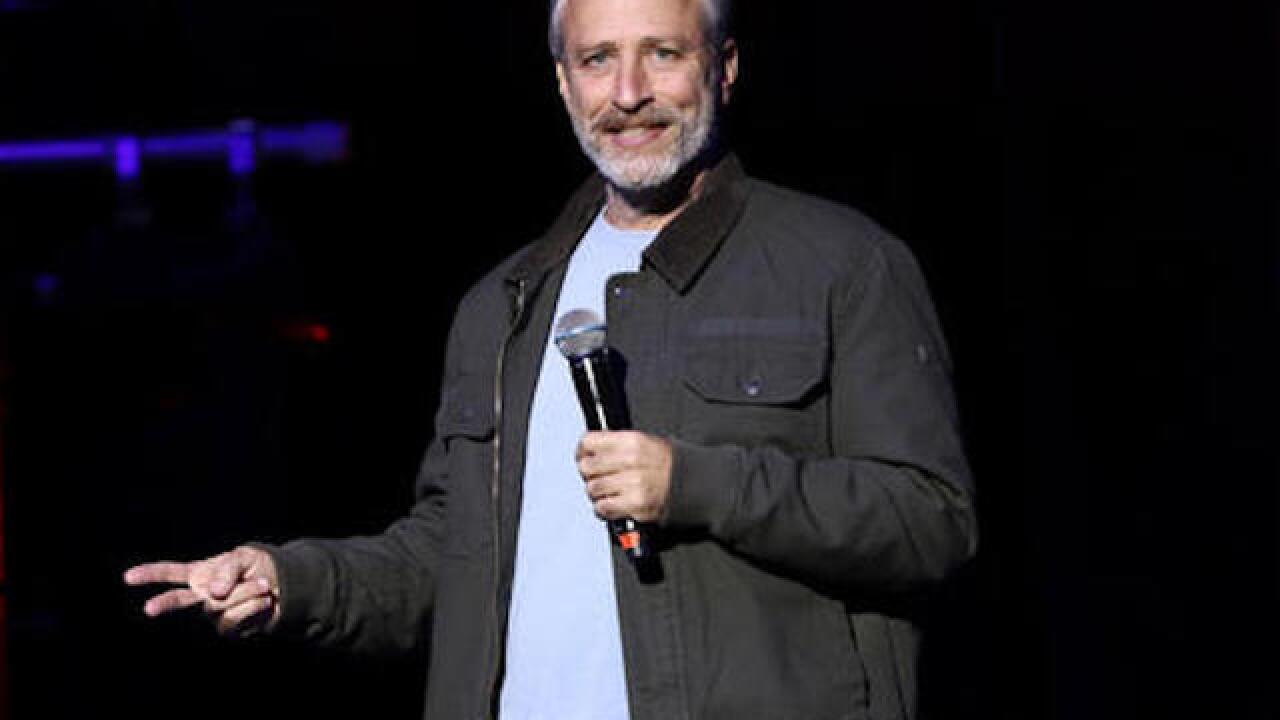 Copyright Associated Press
Greg Allen
<p>In this Tuesday, Nov. 10, 2015, file photo, comedian Jon Stewart performs at the 9th Annual Stand Up For Heroes event, in New York. A bull that escaped from a holding area and darted through the streets of New York City has been captured and taken to greener pastures by Stewart. Officials say that the black and white Angus was spotted Friday, April 1, 2016 in Queens. The bull was soon corralled at York College, where students snapped pictures and took videos. (Photo by Greg Allen/Invision/AP)</p>

CHICAGO (AP) — Jon Stewart has been on the sidelines for one of the wildest campaign seasons in memory. But he's weighing in with a new dig at old foe Donald Trump, labeling the presumptive Republican presidential nominee a "man-baby."

The comments came in a Monday taping of a podcast with President Barack Obama's former aide, David Axelrod, at the University of Chicago.

Stewart joked that Trump has the "physical countenance of a man and a baby's temperament and hands," adding that as a "man-baby," he isn't sure Trump is eligible to run for president.

The former "Daily Show" host also took a swipe at likely Democratic nominee Hillary Clinton, describing her as "a very bright woman without the courage of her convictions."