Whoops! Jill Stein meant to fly to Columbus, but ended up in Cincinnati 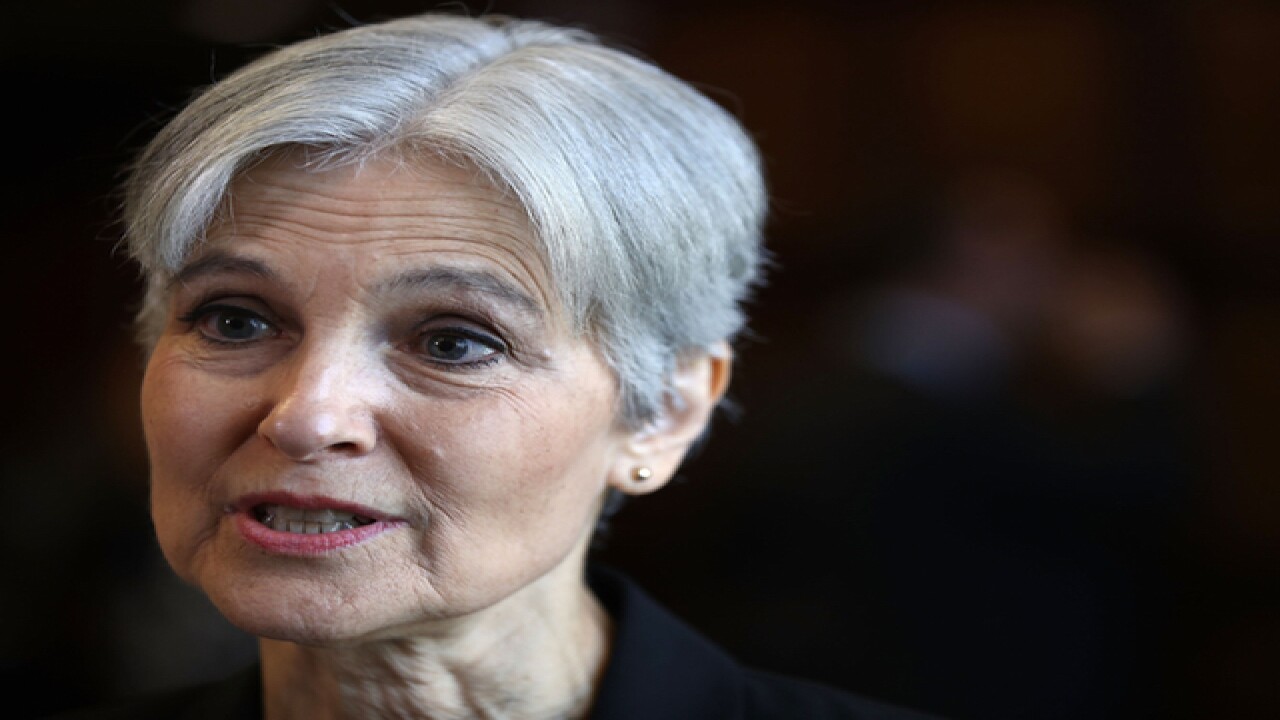 Copyright 2018 Scripps Media, Inc. All rights reserved. This material may not be published, broadcast, rewritten, or redistributed.
Win McNamee
WASHINGTON, DC - AUGUST 23: Green Party presidential nominee Jill Stein answers questions during a press conference at the National Press Club August 23, 2016 in Washington, DC. Stein discussed her candidacy and her attempts to be included in the presidential debates sponsored by the Commission on Presidential Debates during her remarks. (Photo by Win McNamee/Getty Images)

CINCINNATI — The Green Party turned to a pizza party Friday when their candidate was a no-show because she flew to the wrong Ohio city.

Jill Stein, the Green Party presidential candidate, was due to speak in the Columbus area at noon Friday but flew to Cincinnati instead of Columbus, the Columbus Dispatch reported.

Empty podium at Capital U as Green Party's Jill Stein mistakenly flies to Cincy rather than Columbus. pic.twitter.com/JABpIRTquZ

About 100 people were waiting to see Stein at Capital University in Bexley, according to the Dispatch. Organizers were ordering pizza for those waiting for Stein, who was due to arrive about two hours late.

Bob Fitrakis grabs some free pizza while waiting for Green Party's Jill Stein to show up at Capital U. pic.twitter.com/81AB0uL8Fv

It wasn't immediately clear which Cincinnati area airport Stein flew into, but it's possible that she landed at CVG -- meaning she would have also flown to the wrong state.

Stein, who was tied with Harambe in a recent presidential poll, is on the ballot in 40 states for the upcoming election. She is due to return to Cincinnati Sunday afternoon, when she will speak at Seasongood Pavilion in Eden Park.

As long as she was mixing up Ohio's C cities, at least Stein didn't fly to Cleveland.