For Trump, party unity not necessary 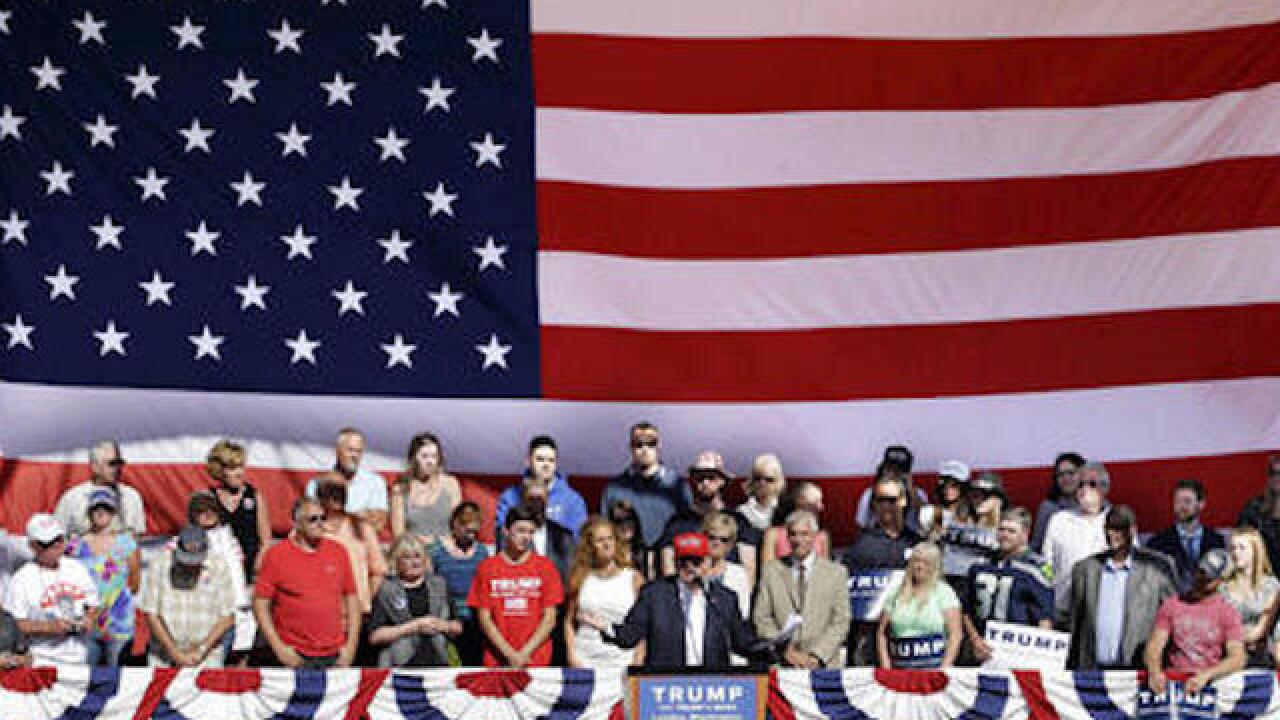 WASHINGTON (AP) — For Donald Trump, party unity is a good thing. But he's making clear he won't change his views or soften his rhetoric to get it.

"Look, I'm going to get millions and millions of votes more than the Republicans would have gotten" without me, Trump said.

In other words, get on board or get out of the way.

It's a risky calculation for a presumptive Republican nominee who this November would likely go up against Hillary Clinton, a seasoned campaigner who is faring well in the polls and has broad support across her party.

But to Trump supporters like adviser Paul Manafort, shrugging off hostility from party insiders is something Trump can afford to do.

"The important thing to remember is the national titular head of the party is the nominee of the Republican Party," Manafort said. Trump "just won that overwhelmingly, faster than anybody in Washington thought and running as an outsider against Washington. So, his agenda is the people's agenda."

Trump moved from presidential front-runner to presumptive nominee last week when he crushed rival Ted Cruz in the Indiana primary, and Cruz dropped out of the race.

Ahead of a private meeting Thursday with House Speaker Paul Ryan, Trump used several televised interviews that aired Sunday to knock Ryan and other influential Republicans, along with a nomination system he says is "totally rigged."

Trump said Ryan "blindsided" him by declining to endorse him. He called South Carolina Sen. Lindsey Graham a "lightweight," and suggested Republicans Mitt Romney and Jeb Bush wouldn't back him because they were sore losers after their own failed presidential bids.

The New York billionaire seemed to be sending a message to party critics who are withholding support or planning to skip the convention.

"I don't think (the party) actually has to be unified" in the traditional sense, he said.

Among the biggest questions ahead of Trump's private meeting with Ryan is whether Trump will call for Ryan's ouster as chairman at the Republican convention in Cleveland this July, if Ryan refuses to back him.

Trump said that Ryan, R-Wis., had called him three weeks ago, after Trump won the New York primary on April 19, to congratulate him and the two had a friendly exchange. That's why, Trump explained, he was "blindsided" when Ryan said he wasn't ready to back a Trump ticket.

A Ryan spokesman said that phone call never happened. Trump spokeswoman Hope Hicks said "Ryan disputed the time of the call, not the call itself." She added, "I believe this took place in late March."

Even if Trump sways Ryan, there are other GOP leaders reluctant to help him win. Arizona Sen. John McCain, the 2008 nominee, said he'll support the party's nominee even if it's Trump. But McCain said it would take a lot to ever stand on stage next to him after Trump's comments last July that he prefers people who don't get captured in war. McCain, a Navy pilot shot down and held as a prisoner of war by the North Vietnamese for five years, said Trump owes military veterans an apology.

"There's always wounds in spirited political campaigns," McCain said. "But frankly, I have never seen the personalization of a campaign like this one, where people's integrity and character are questioned."

Sen. Jeff Flake, a Trump critic, said Republicans should figure out something fast because Trump's ability to win primary contests by relying on hardline policies such as banning Muslims from entering the United States might not translate into general election success against the Democrats.

"If Republicans want to win, and we do, then we've got to change the approach because we're not going to win taking these positions," said Flake, R-Ariz.

Trump appeared on ABC's "This Week" and NBC's "Meet the Press." McCain was on CNN's "State of the Union," Manafort was interviewed by "Fox News Sunday" and Flake was on NBC.