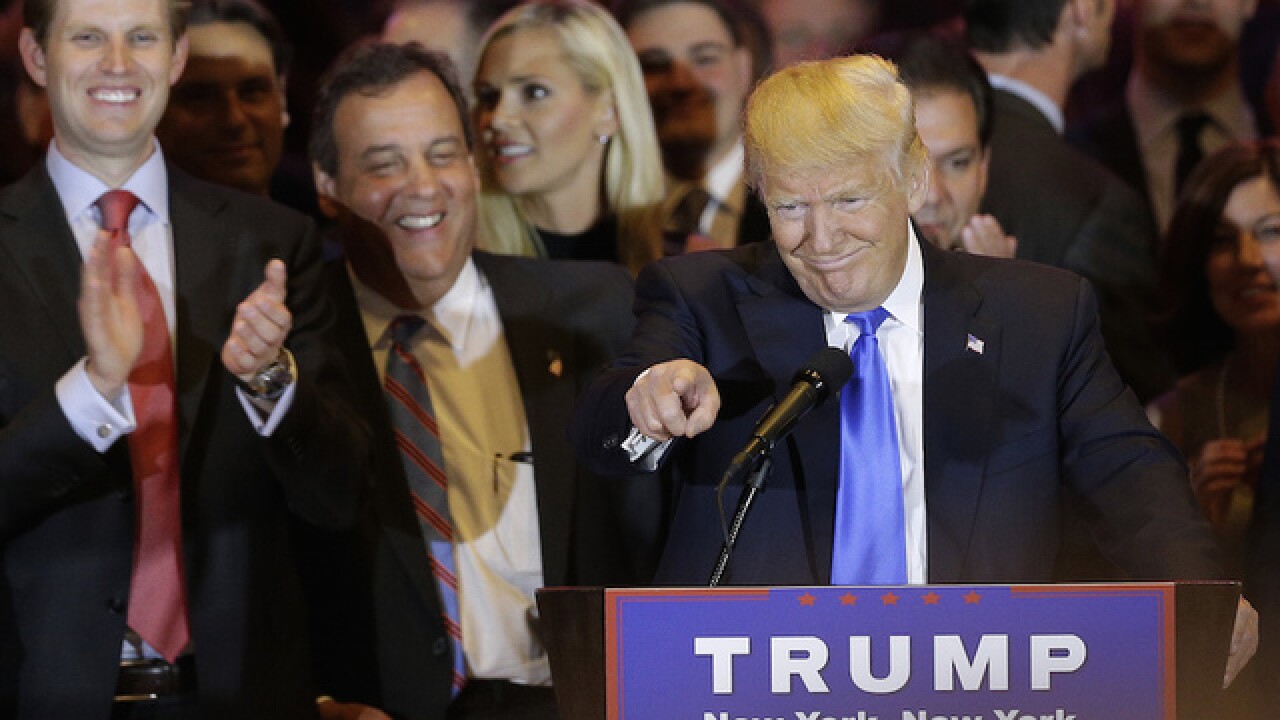 WASHINGTON (AP) — In a rare formal policy speech, Republican front-runner Donald Trump vowed Wednesday to put American security "above all else" if elected president, warning allies they would be left to defend themselves if they don't "pay their fair share." He also called for an easing of tensions with Russia "from a position of strength, only."

"'America first' will be the major and overriding theme of my administration," Trump said.

Fresh off a sweep of five Northeast primaries, Trump sought to expand on foreign policy views that have lacked detail and worried experts in both parties. Still, he left major questions about his proposals unanswered, including his plan for defeating the Islamic State group, casting his sparse details as a strategy for catching America's enemies off guard.

"We must, as a nation, be more unpredictable," Trump said during a speech at a Washington hotel. The businessman read his remarks off a teleprompter, a notable change for a candidate who typically speaks off the cuff and has mocked his rivals for giving prepared speeches.

Many elements of Trump's speech were similar to his typical campaign remarks, but he delivered them in a much more sober, restrained manner. Critics have said repeatedly that he has not shown an ability to act and sound "presidential."

He spent much of his speech panning President Barack Obama's handling of crises in the Middle East, saying the current administration was leaving a legacy of "weakness, confusion and disarray."

"We've made the Middle East more unstable and chaotic than ever before," Trump said. He singled out Democratic front-runner Hillary Clinton's handling of the deadly attacks on a U.S. compound in Benghazi, Libya.

Still, Trump didn't spare former Republican President George W. Bush, panning his efforts to bring democracy to the Middle East and reaffirming his opposition to the unpopular Iraq war. Drawing a contrast with hawkish Republicans, he said "war and aggression will not be my first instinct."

Trump spoke to an invited audience of conservative-leaning national security experts, as well as some prominent foreign policy writers.

Trump's advisers cast Wednesday's speech as the first in a series of policy addresses aimed at calming the nerves of Americans who worry the businessman doesn't have the experience to handle the range of responsibilities that land on a president's desk.