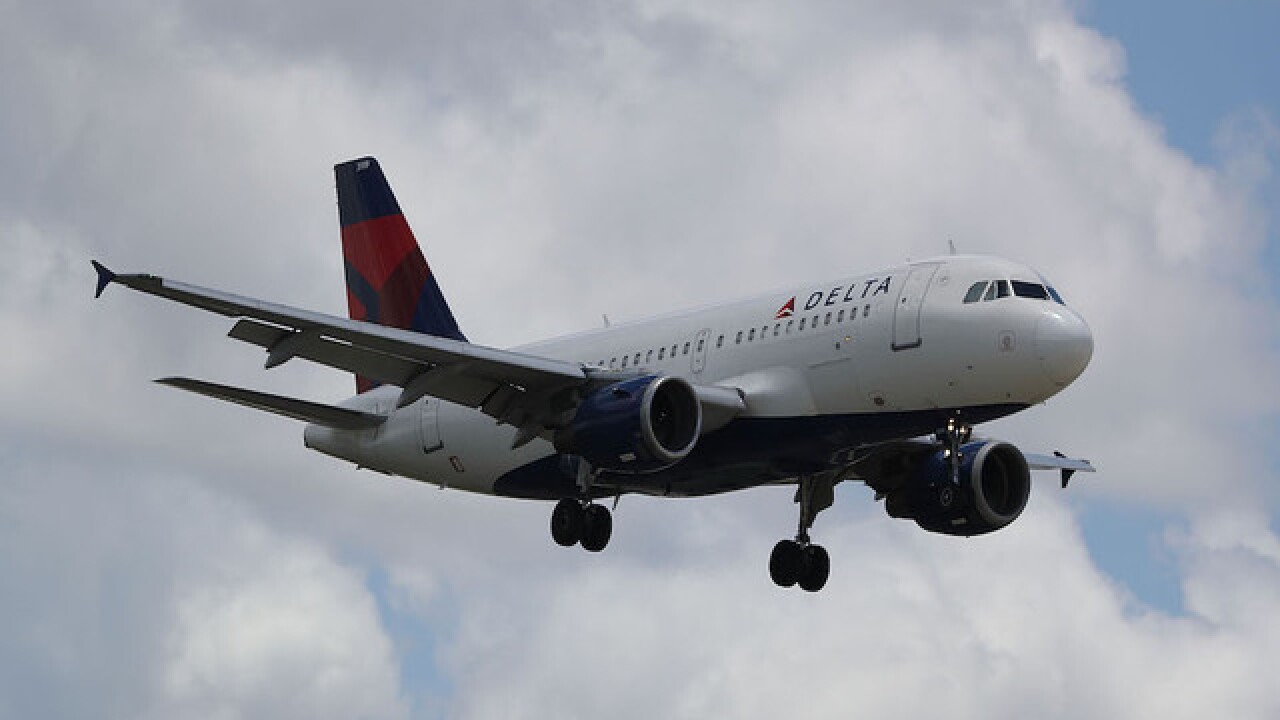 Copyright Getty Images
Joe Raedle
<p>FORT LAUDERDALE, FL - JULY 14: A Delta airlines plane is seen as it comes in for a landing at the Fort Lauderdale-Hollywood International Airport on July 14, 2016 in Fort Lauderdale, Florida. Delta Air Lines Inc. reported that their second quarter earnings rose a better-than-expected 4.1%, and also announced that they decided to reduce its United States to Britian capacity on its winter schedule because of foreign currency issues and the economic uncertainty from Brexit. (Photo by Joe Raedle/Getty Images)</p>

Spokesman Andrew Sawyer said the airport was notified about 8:30 a.m. Monday that Delta flight 2135 had developed engine problems and was going to make an emergency landing.

There were 96 passengers and five crew members on the aircraft. No one was hurt.

Sawyer said the plane was able to taxi to a gate after the landing.