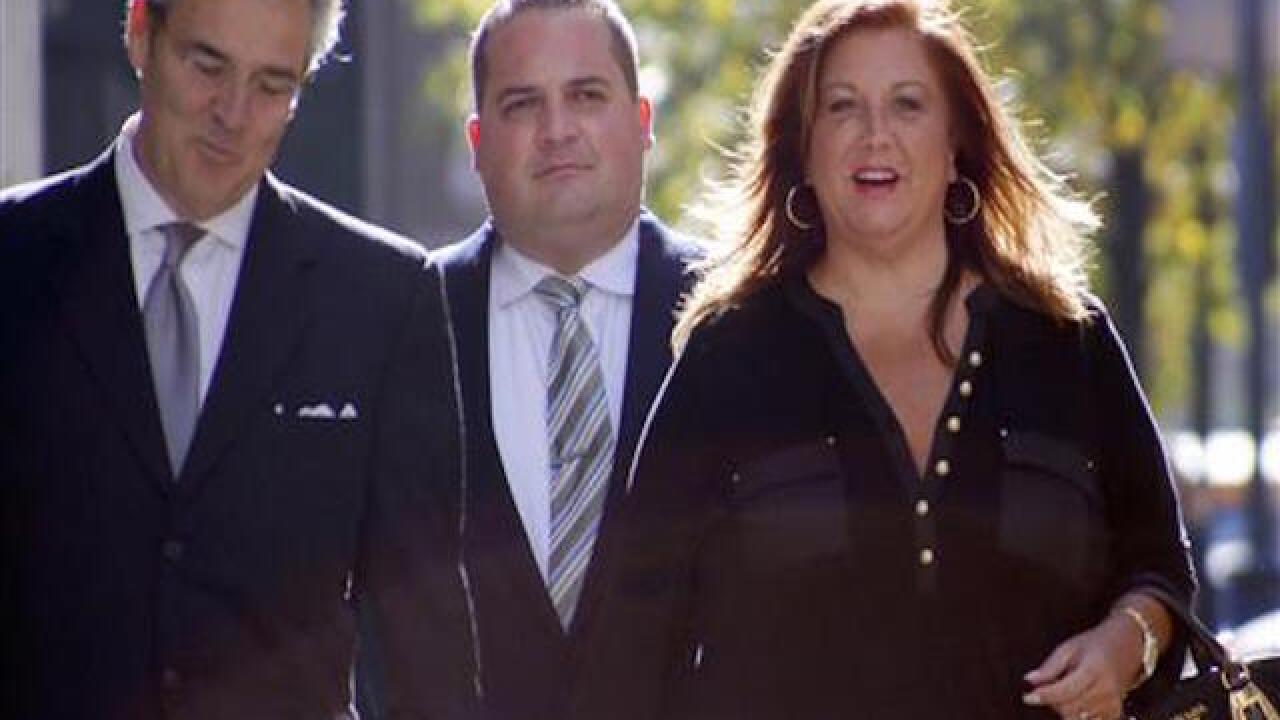 PITTSBURGH (AP) — "Dance Moms" star Abby Lee Miller is scheduled to plead guilty next week in Pittsburgh to bankruptcy fraud and failing to report more than $10,000 worth of Australian currency she brought into the country.

U.S. District Judge Terrence McVerry issued orders scheduling Miller's guilty pleas for Monday shortly after she issued a statement to The Associated Press saying she accepts responsibility for the charges.

Miller issued the statement after federal prosecutors added the currency reporting charge. She's accused of violating a law in August 2014 that requires people to report bringing more than $10,000 worth of foreign currency into the country. The documents also seek to have her forfeit at least $120,000, though prosecutors wouldn't say whether that's the value of Australian currency she failed to report.

Miller was first charged last fall with illegally trying to hide $775,000 worth of income from the Lifetime network reality show and spinoff projects during her Chapter 11 bankruptcy.

"Events over the past several months have been extremely challenging for me, my family, my friends and most important, my students. Because of this I made the very difficult decision to close the door on this chapter of my life by accepting responsibility for mistakes I have made along the way," the statement said.

"I appreciate all the wonderful messages of support I've received from around the world and look forward to the future and getting back to my life's work; helping young dancers fulfill their potential," Miller's statement concluded.

Miller's publicist, Sheryl Main, said Miller's statement about "this chapter" of her life refers only to the criminal charges, not her work on "Dance Moms."

Miller is known for her outspoken, brash behavior and pursuit of perfectionism from her students. Critics of "Dance Moms" accuse Miller of being emotionally abusive, and many episodes show her students in tears. The show was based out of her dance studio in Penn Hills, a Pittsburgh suburb, which is why the charges were filed in Pittsburgh even though Miller now lives in Los Angeles.

The investigation began when a channel-surfing bankruptcy judge saw Miller on TV in December 2012 and figured she had to be making more than the $8,899 in monthly income she was claiming.

The FBI and other agencies eventually determined Miller hid more than $228,000 in income from appearances on "Dance Moms" and a spin-off, "Abby's Ultimate Dance Competition" and nearly $550,000 more from personal appearances, dance sessions and merchandise sold through her website, www.abbyleedancecompany.com .