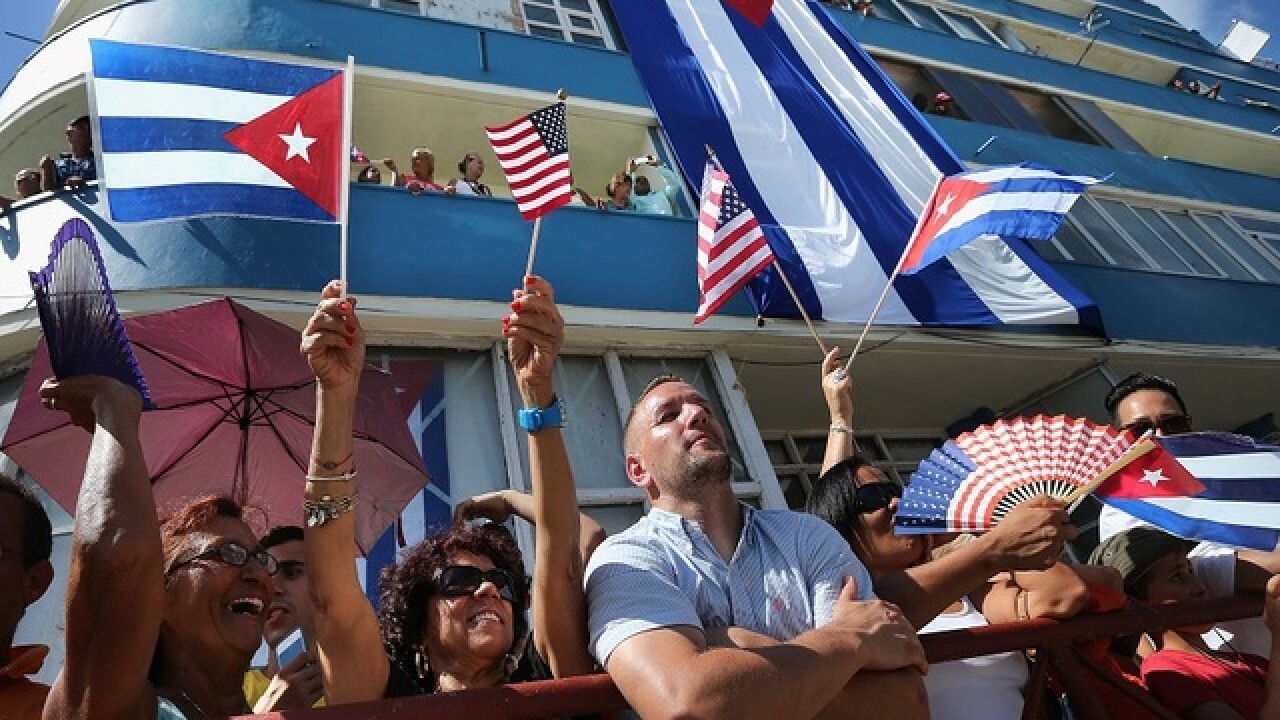 Chip Somodevilla
<p>HAVANA, CUBA - AUGUST 14: Hundreds of Cubans and visitors from other countries gather across the street from the newly reopened U.S. Embassy to observe the flag-raising ceremony August 14, 2015 in Havana, Cuba. The first American secretary of state to visit Cuba since 1945, Secretary of State John Kerry visited the reopened embassy, a symbolic act after the the two former Cold War enemies reestablished diplomatic relations in July. (Photo by Chip Somodevilla/Getty Images)</p>

MIAMI (AP) — The first cruise ship to travel from the United States to Cuba in decades has returned to Miami.
Carnival Cruise Line spokesman Roger Frizzell says the Adonia returned to Miami on Sunday, a week after it departed.
The ship had 700 passengers and almost 375 crew members. The ship included 16 people who had been born in Cuba.
The Cuban government dropped a longstanding ban on Cuban-born people returning to their homeland by sea before the start of the trip.
Before the 1959 Cuban revolution, cruise ships regularly traveled from the U.S. to Cuba. But Cold War tensions shut down travel between the two nations.
Now, both sides hope the cruise is the first step toward a future in which thousands of ships a year could cross the Florida Straits. the party doesn't have to be unified 'in the traditional sense.'
Associated Press 2016