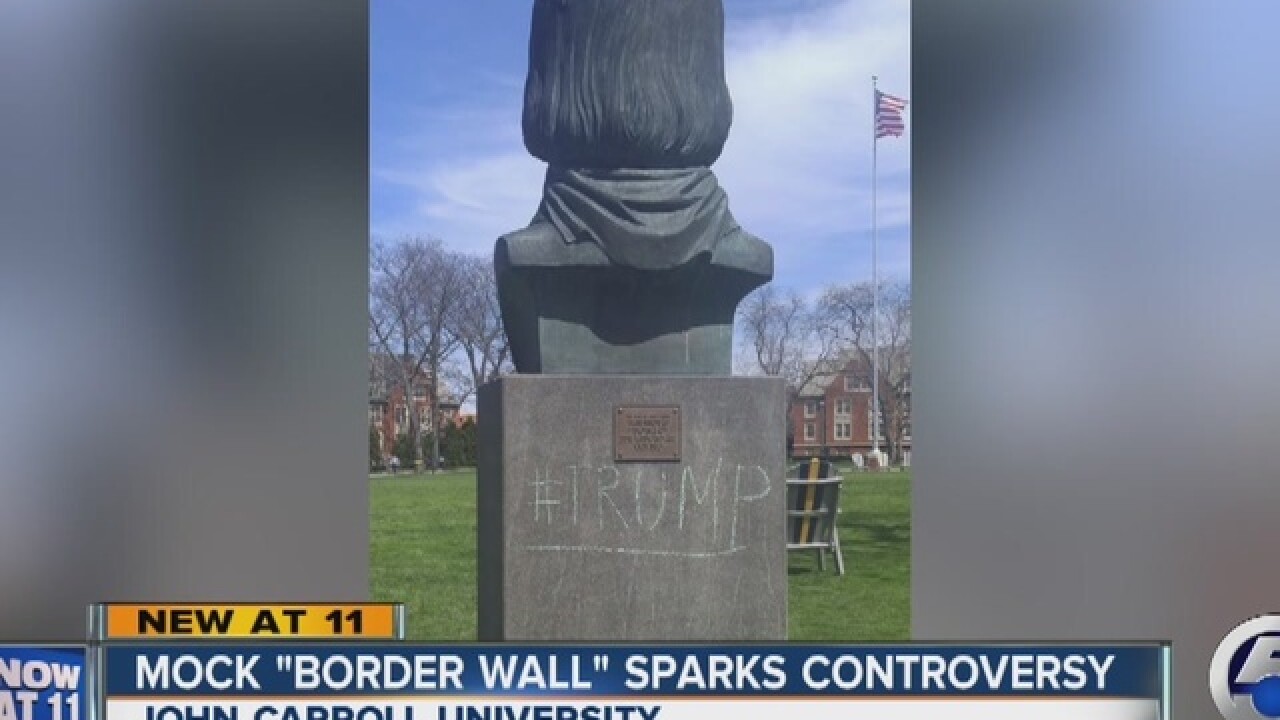 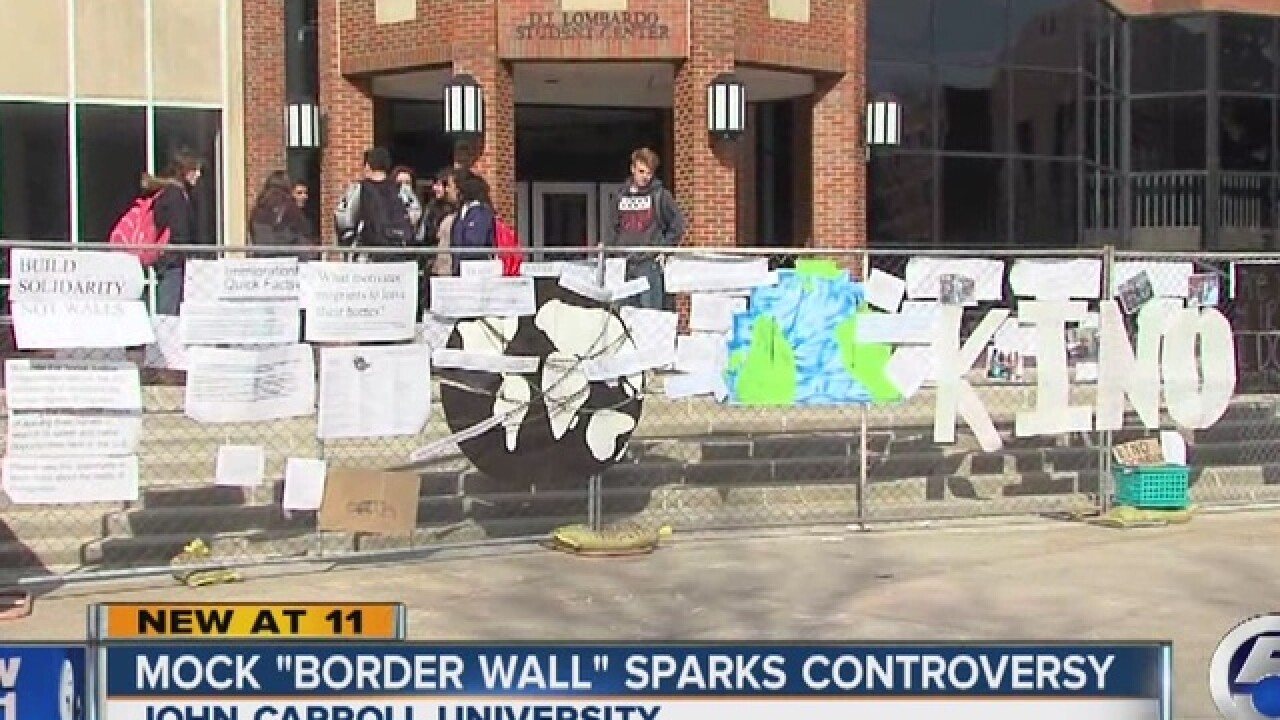 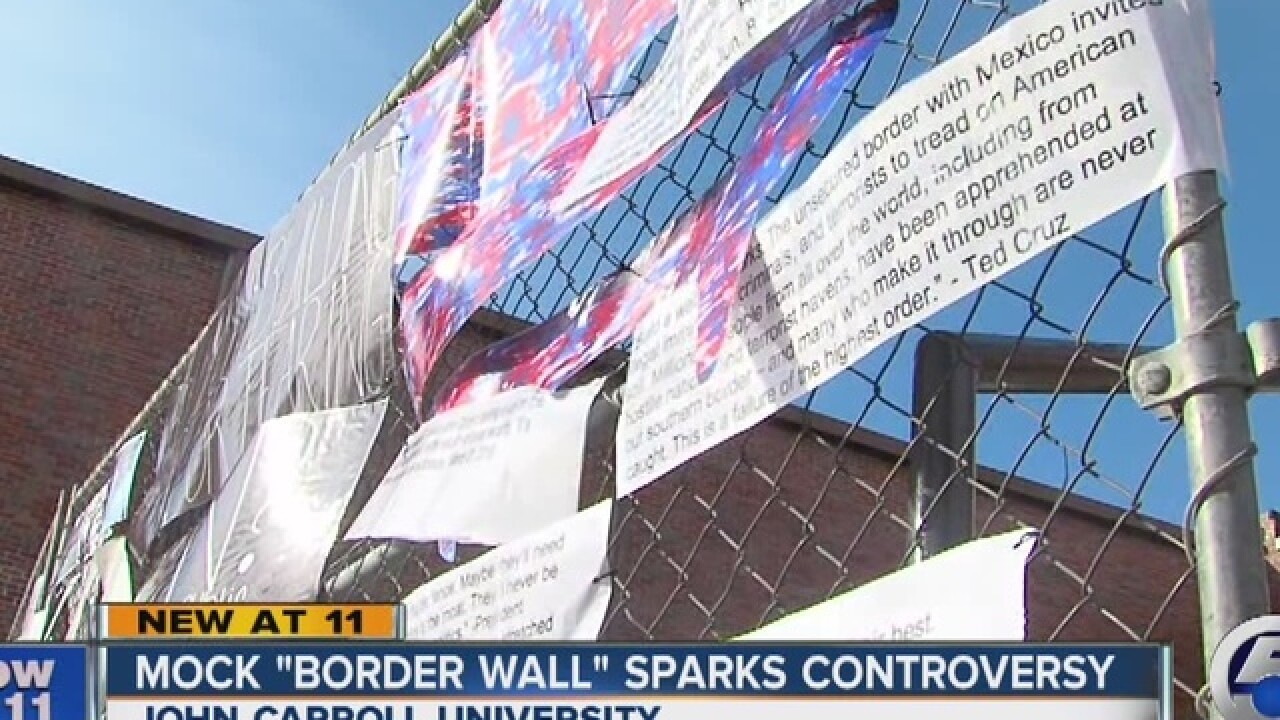 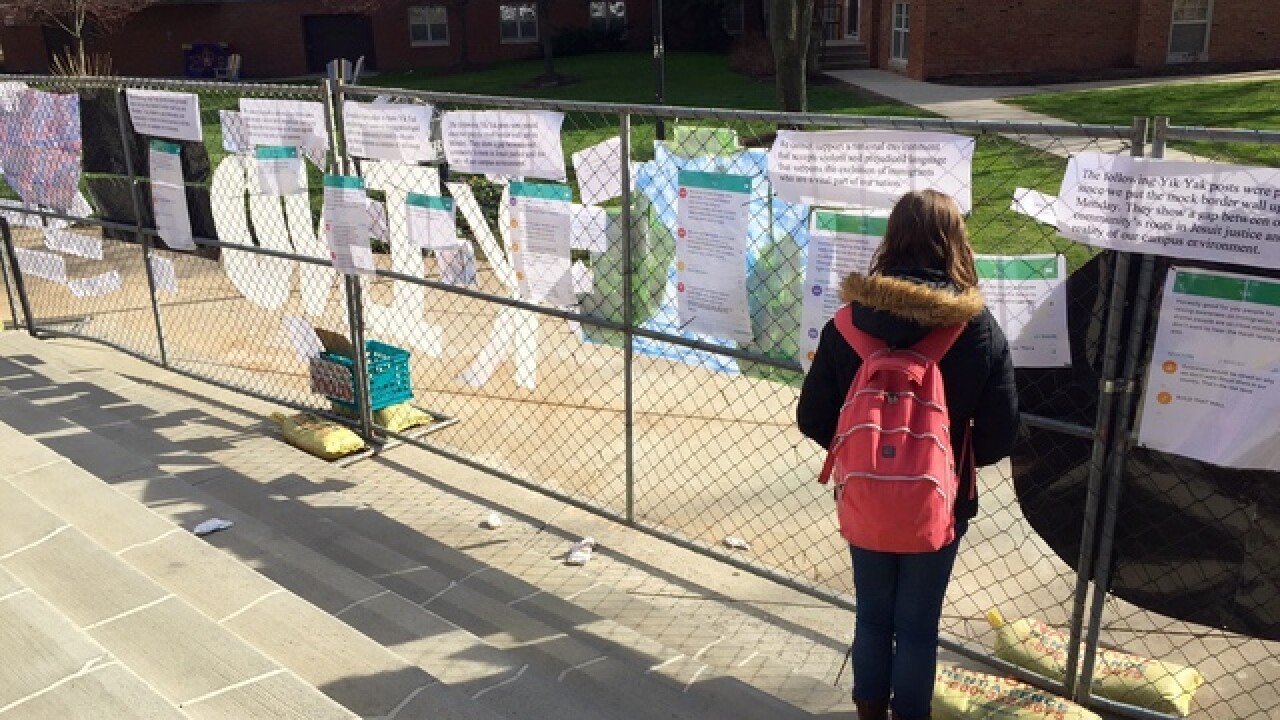 Two fences on either side of John Carroll University's campus representing a "mock border wall" are causing controversy on campus and online.

The fences were put up on Monday by a social justice student group as part of a senior project, meant to showcase stories and statistics about the country's immigration policies and practices.

One is by the library, the other 36-foot-wide wire fence stands in front of the student center. Both were approved by the school ahead of time.

But a day after they went up, students said they were vandalized by Donald Trump supporters, who put up their own signs by the fences and then chalked the campus in support of the Republican presidential candidate.

Some chalkings simply read, "Trump 2016," while others said "Bernie is a Commie" and "Hillary 4 Prison."

Tuesday evening, it came to a head. Students said pro-Trump supporters stood on one side of the wall while social justice students joined by Latino groups and others stood across from them debating.

Several social justice students and those in support even slept in front of the wall to keep it safe from vandals.

"It definitely rocked campus. Everyone is talking about it," said freshman Sydney Black. "It's getting to the point where it's almost hostile and everyone on campus is afraid it's going to turn violent."

Black also said some professors have used the debate as a teachable moment.

The controversy has been covered by the university's student newspaper, The Carroll News. Photos and videos of vandalism and debates have been constantly posted.

The walls were meant to come down Thursday at noon, but Grace Donnelly, the senior student who spearheaded the project, is hoping the school allows them to remain up longer.

"As an academic community, John Carroll University is committed to creating an environment in which individuals and groups have the ability to express different points of view. At the same time, the University requires expression of views to be shared in a respectful manner that does not threaten the safety or well-being of a person or property. We are reviewing concerns raised by individual students regarding the display and will respond as appropriate."