Muslim candidate claims Reid told him not to run 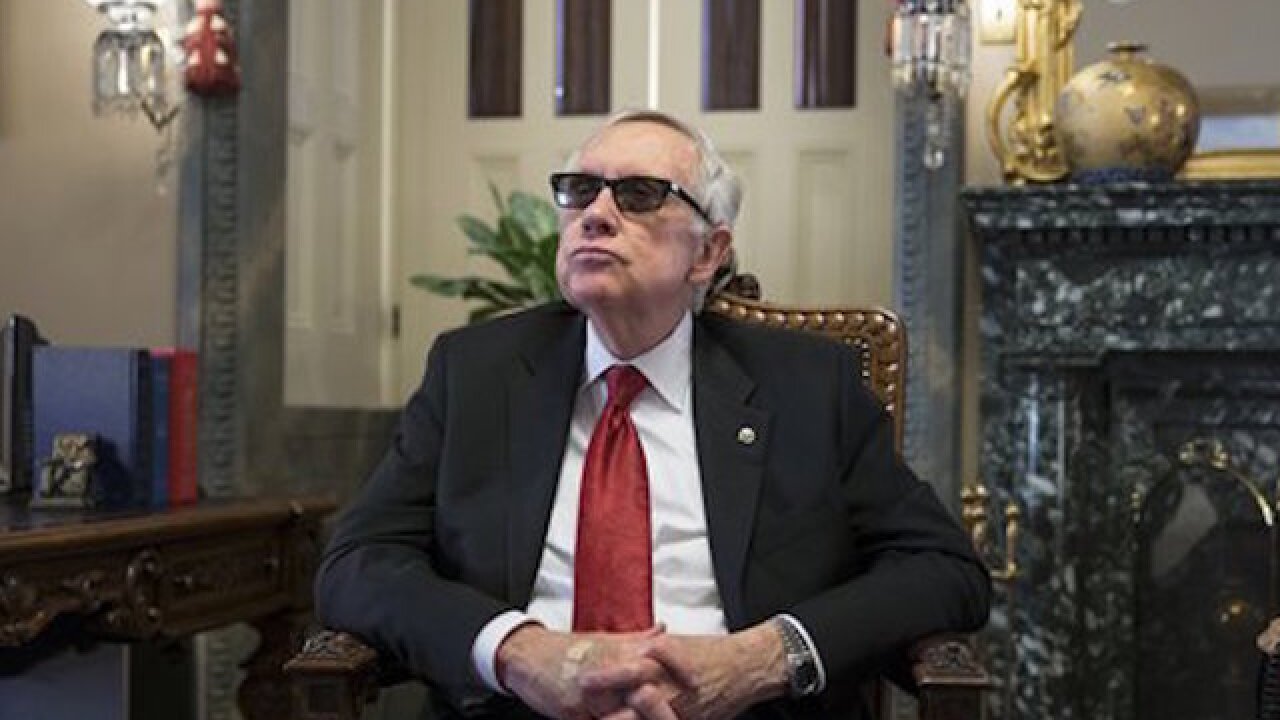 J. Scott Applewhite
<p>Senate Minority Leader Harry Reid, D-Nev., speaks during an interview with The Associated Press in his leadership office at the Capitol in Washington, Tuesday, March 8, 2016. Never one to back down from a political fight, the five-term Nevada Democrat has been relentlessly pounding Republicans over their insistence that President Barack Obamaís successor fill the vacancy on the Supreme Court. The GOP remains unified. (AP Photo/J. Scott Applewhite)</p>

WASHINGTON (AP) — A Democrat running for Congress in Nevada claimed Tuesday that Senate Minority Leader Harry Reid discouraged him from running because he is Muslim.

Jesse Sbaih said the comments from his fellow Nevada Democrat came during a meeting the two of them had at a Las Vegas casino last August to discuss Sbaih's candidacy.

Sbaih said that Reid told him that, "to be blunt," his Muslim religion would preclude him from winning the race.

Reid's spokeswoman, Kristen Orthman, denied the allegation and accused Sbaih of lying. "Reid told him he couldn't win but that had nothing to do with his religion, this is now Jesse's version of events," Orthman said.

Sbaih's comments were first reported in The Washington Post. Sbaih claimed in an interview with The Associated Press that he is speaking out now because Reid is hindering his candidacy, another accusation Reid's staff denies. The dispute comes amid a presidential campaign filled with hostility toward Muslims as GOP front-runner Donald Trump has suggested banning them from entering the U.S.

Sbaih, 40, an attorney and native of Jordan, is a political newcomer. But he insisted he wants to run for Congress, not start at a lower rung as Reid and allies to the senator urged him to do. Reid later recruited a different Democrat, Jacky Rosen, leader of a local synagogue, to run for the seat being vacated by Republican Joe Heck, who is seeking the Senate seat now held by the retiring Reid.

"I objected to that because I have every right as an American to run for the office that I think I can do the best job at," Sbaih said. "We wanted to give back to this amazing nation that's given us so much."

Sbaih could not provide any direct evidence to back up his claim that Reid told him he could not win because he is Muslim. But he did provide contemporaneous emails between himself and a Reid ally in which he alluded to the Reid team's supposed concerns about his "religion and ethnicity" — something the Reid associate disputed even at the time.

Reid aides raised questions about Sbaih's credibility and motives. Any Democrat would have difficulty getting attention or money if opposed by the Reid team in Nevada, and Sbaih wasted no time Tuesday in sending out fundraising appeals based on the Post article reporting his claims.

But he denied he was motivated by a desire for attention or money in going public with his attacks against Reid after staying silent for months.