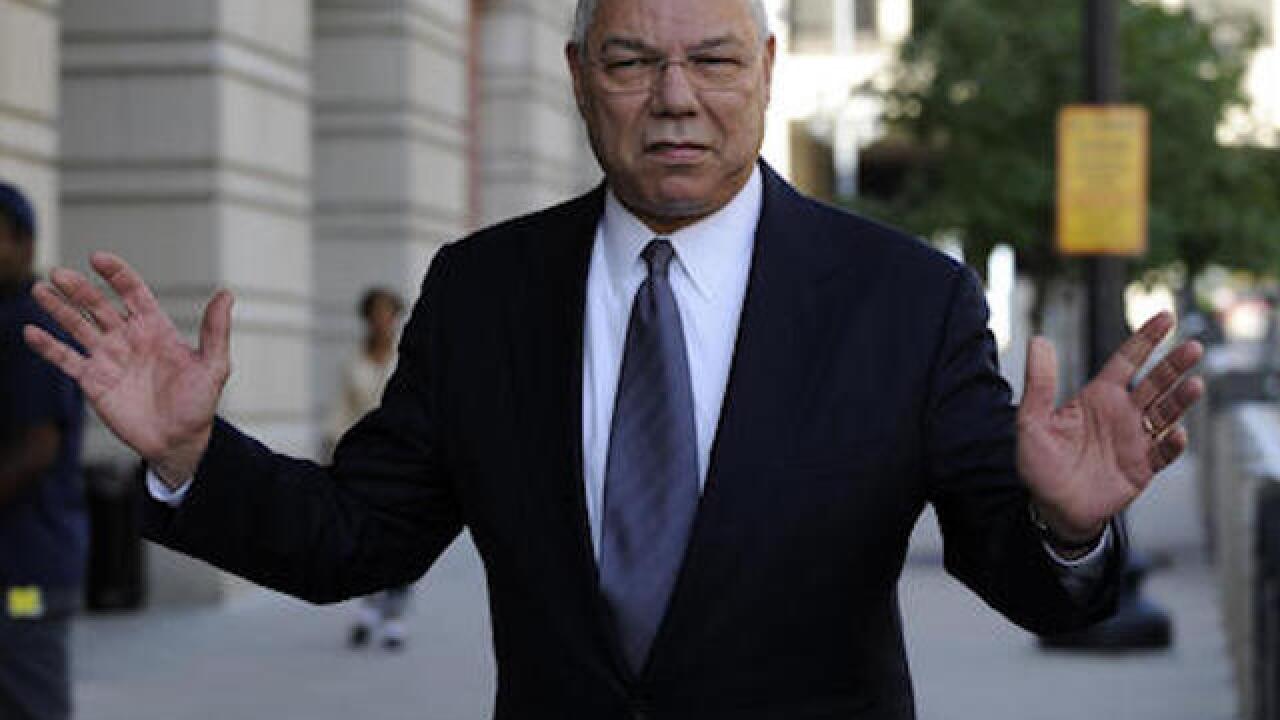 Copyright Associated Press
Susan Walsh
<p>In this Oct. 10, 2008 file photo, former Secretary of State Colin Powell is seen in Washington. Powell says he sent Hillary Clinton a memo touting his use of a personal email account after she took over as the nation’s top diplomat in 2009. (AP Photo/Susan Walsh, File)</p>

WASHINGTON (AP) — Former Secretary of State Colin Powell says he sent Hillary Clinton a memo touting his use of a personal email account after she took over as the nation's top diplomat in 2009.

In a statement provided Friday to The Associated Press, Powell said he emailed Clinton describing his use of a personal AOL account for unclassified messages while leading the State Department under President George W. Bush. Powell says he told Clinton his use of personal email "vastly improved" communications within the department, which at the time he says did not have an equivalent internal system.

Powell says the FBI may have obtained a copy of his memo to Clinton during its recently closed investigation into the Democratic presidential nominee's use of a private email server.