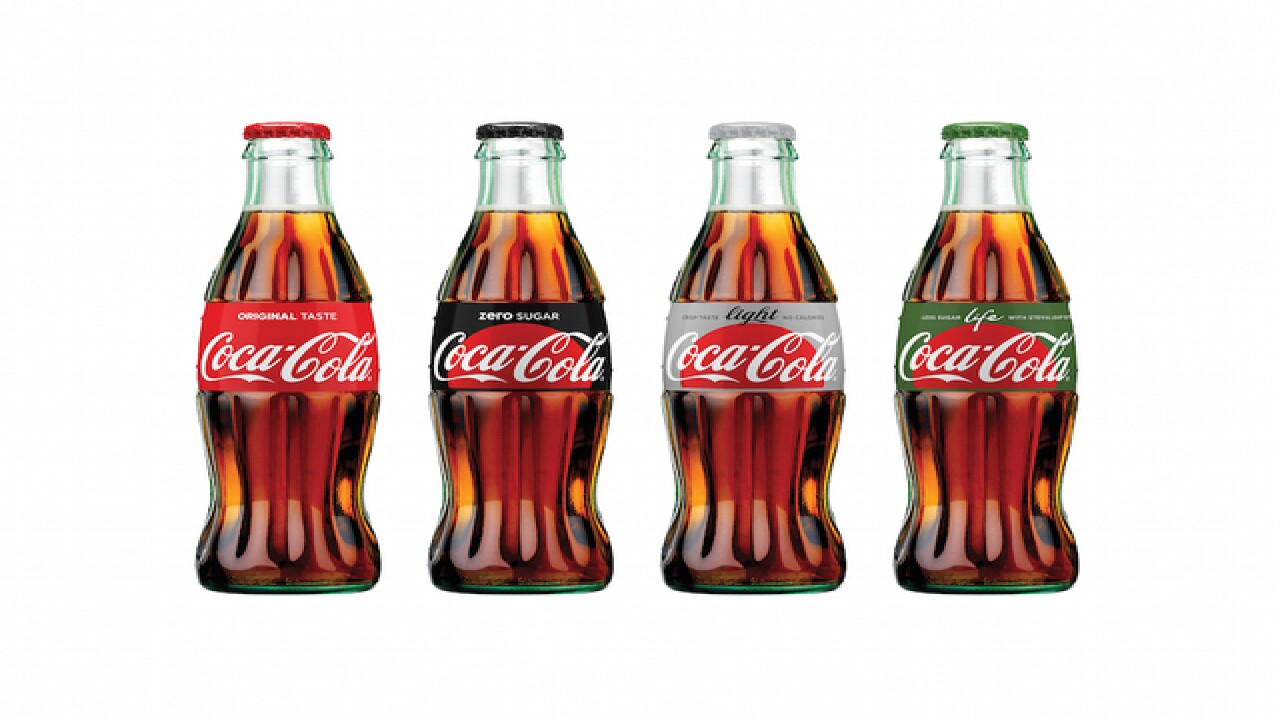 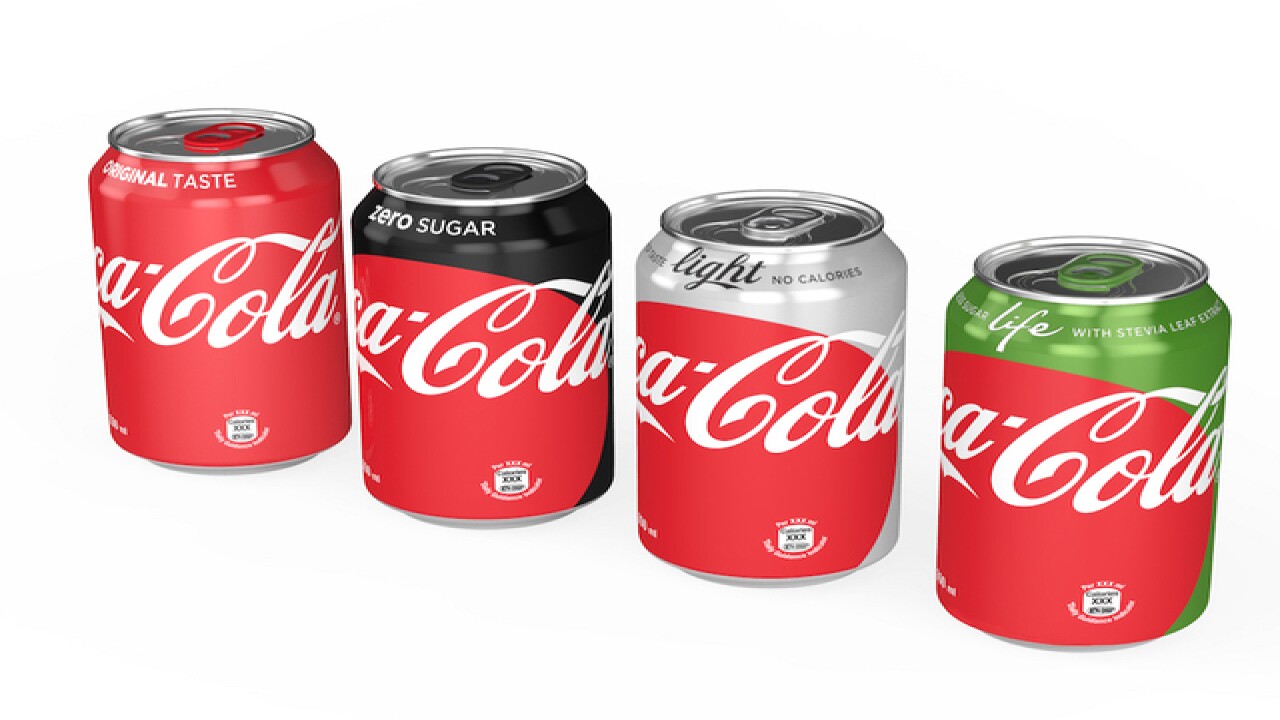 Coca-Cola says it is giving cans and bottles of its flagship sodas a makeover, with plans to unify the appearance of regular Coke, Diet Coke, Coke Zero and Coke Life.

The world's biggest beverage maker says cans and bottles will prominently feature a "red disc" reminiscent of regular Coke, in addition to the colors already associated with each brand. Diet Coke cans are silver, Coke Zero cans are black and Coke Life, which is made with a mix of stevia and sugar, features green.

The Atlanta company says the "One Brand" look will roll out in Mexico next month then spread to other countries. In its flagship U.S. market, however, Coke says it's still testing its options and that no changes are planned for this year.

The change is intended to strengthen the Coke name and maximize advertising dollars, rather than treating Diet Coke and Coke Zero as separate brands.

Coca-Cola Co. is trying to reinvigorate its business, which is facing intensifying competition and changing customer habits around the world. The efforts have included slashing costs, with the goal of investing the savings into stepped up marketing.