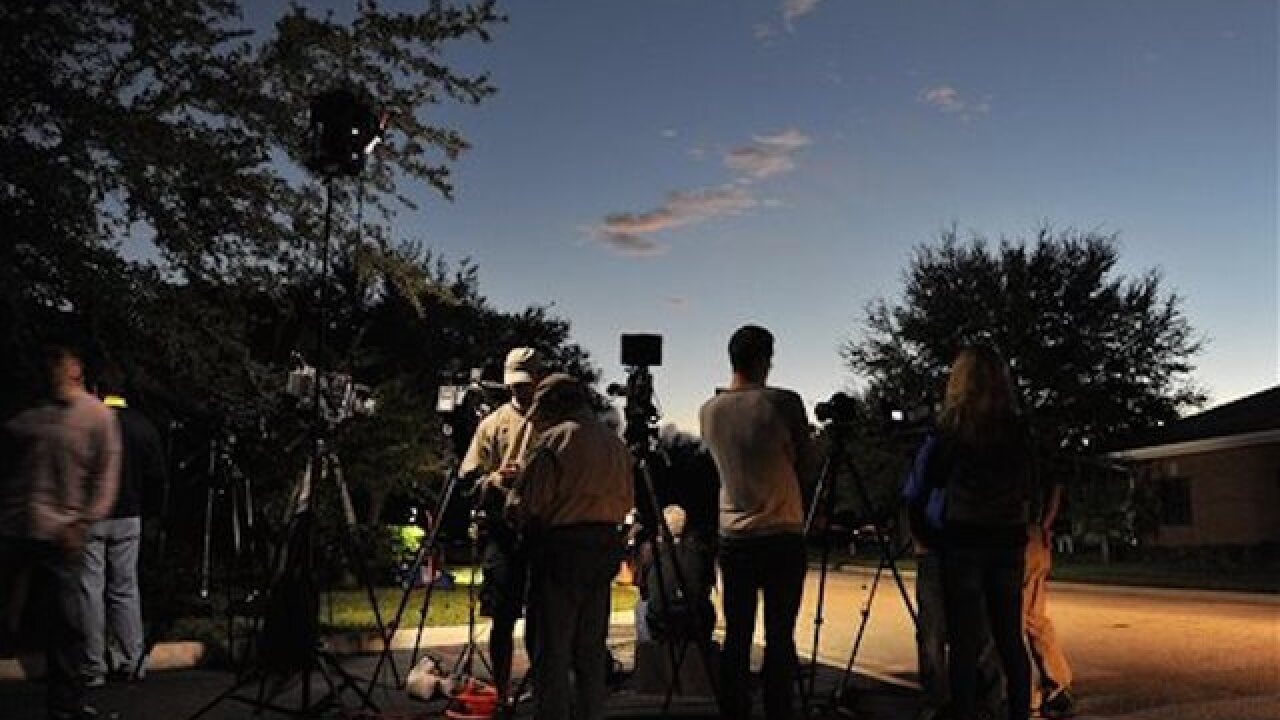 Bruce Lipsky/The Florida Times-Union via
Bruce Lipsky
<p>As the sun begins to set as television crews set up their lights while waiting for an update on the crew members aboard the missing cargo ship El Faro outside the Seafarer's International Union hall in Jacksonville, Fla., Sunday, Oct. 4, 2015. Authorities lost contact with the El Faro early Thursday as the ship sailed through the Bahamas at the height of the Hurricane Joaquin storm as it sailed from its homeport in Jacksonville, Fla., to San Juan, Puerto Rico. (Bruce Lipsky/The Florida Times-Union via AP) MANDATORY CREDIT</p>

The Coast Guard says it found the body of one crew member from a U.S.-based cargo ship that sank during a hurricane off the Bahamas.

Capt. Mark Fedor said Monday that an airborne crew spotted several survival suits floating amid debris from the El Faro. Most were empty but one had a body. A helicopter crew confirmed the person was dead but had to leave the body behind to continue the search for possible survivors.The Coast Guard said a ship that went missing during a hurricane off the Bahamas sank, but the search continues for the 33 people on board.

Rios says Coast Guard cutters and aircraft and a U.S. Navy plane continued searching the Atlantic Ocean for the missing crew. The ship's owners say it carried more than enough lifeboats and rafts for the crew.

Earlier, a container, pieces of another container and a life ring from the El Faro was recovered. An oil sheen also was spotted.