Chelsea Clinton to remain on family foundation board 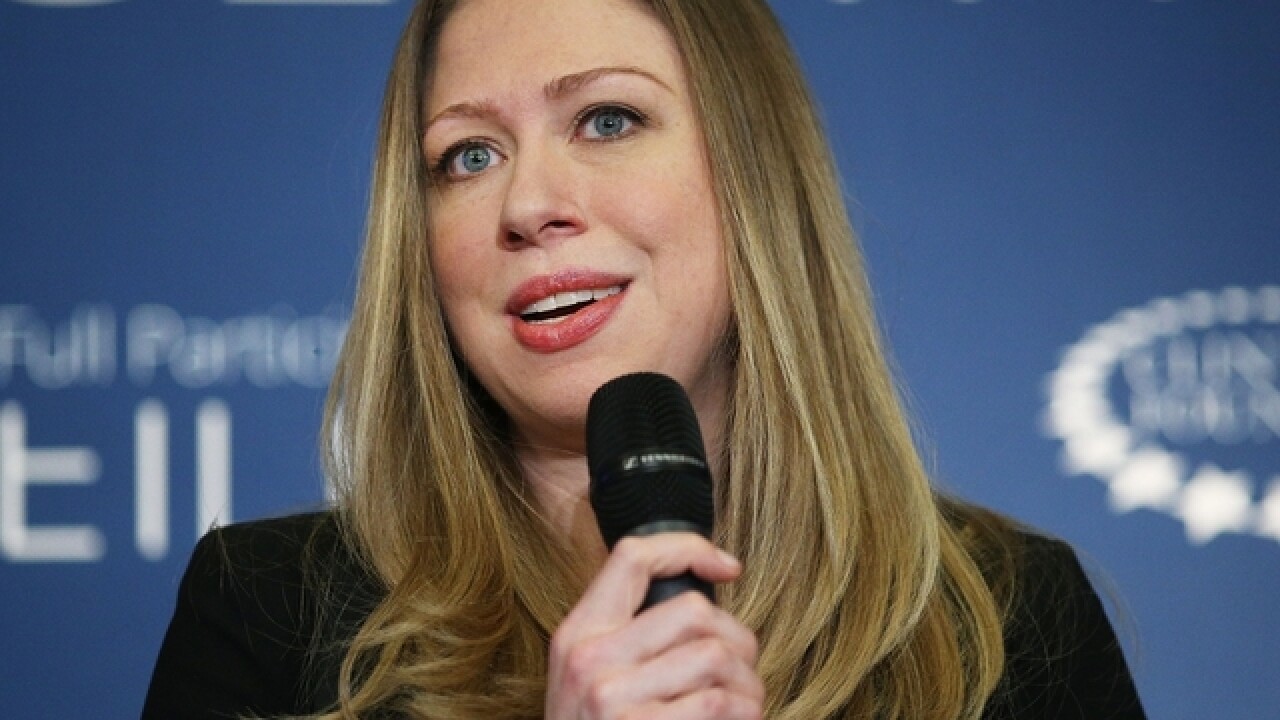 WASHINGTON (AP) — Chelsea Clinton would remain on the board of her family's foundation even if her mother is elected president, a spokeswoman said Thursday.

The announcement comes as a health project connected to the Clinton Foundation is exploring a number of changes to minimize potential conflicts of interest in the event of another Clinton White House but may continue to accept foreign government and corporate funding.

A spokeswoman for the 36-year-old daughter of former President Bill Clinton and Hillary Clinton, the former secretary of state and current Democratic presidential nominee, said Chelsea Clinton was committed to ensuring that those benefiting from the foundation's work would continue to receive "that often life-changing help," and as a result Chelsea Clinton "would remain on the board to help steward the implementation of changes which do that appropriately."

Former President Bill Clinton announced last week that if Hillary Clinton were elected president, the Clinton Foundation would no longer accept foreign and corporate donations, he would step down from its board and he no longer would raise money for the organization. The changes were attempts to insulate Hillary Clinton from possible conflicts of interest should she be elected president and were outlined as she faced renewed criticism over the charitable foundation and her role of secretary of state.

But the continued role of Chelsea Clinton on the foundation's board and directing additional corporate and foreign money to the affiliated health project could create exceptions to those changes and appear to be loopholes to allow control of the foundation and its projects to remain within the Clinton family.

Chelsea Clinton, who serves as the foundation's vice chairwoman, is expected to help oversee new fundraising policies and moving projects to partner charities and other organizations doing similar work.

The ex-president told staffers that he also would step down from the board of the Clinton Health Access Initiative Inc., a global health care project affiliated with the foundation, and it would consider "a range of options to ensure that its vital work will continue." But the project, which has provided access to HIV/AIDS drugs for more than 11.5 million people in more than 70 countries, has not yet said whether it will continue to accept corporate and foreign donations.

Regan Lachapelle, a spokeswoman for the health initiative, noted that it was a "separate legal entity from the Clinton Foundation with its own board which will determine its next steps."

An Associated Press report found that more than half the people outside the government who met or spoke by telephone with Hillary Clinton while she was secretary of state had given money — either personally or through companies or groups — to the Clinton Foundation.

Republican presidential nominee Donald Trump has assailed Clinton as the beneficiary of a "pay-for-play" operation that provided special access to the State Department for donors of the foundation.

Rep. Jason Chaffetz, R-Utah, the chairman of the House Oversight and Government Reform Committee, requested documents related to the Clinton Foundation from the State Department on Thursday. He wrote in a letter to Secretary of State John Kerry that the AP report and others raised questions over whether State officials acted to benefit the Clinton Foundation "in violation of executive branch ethics guidelines."