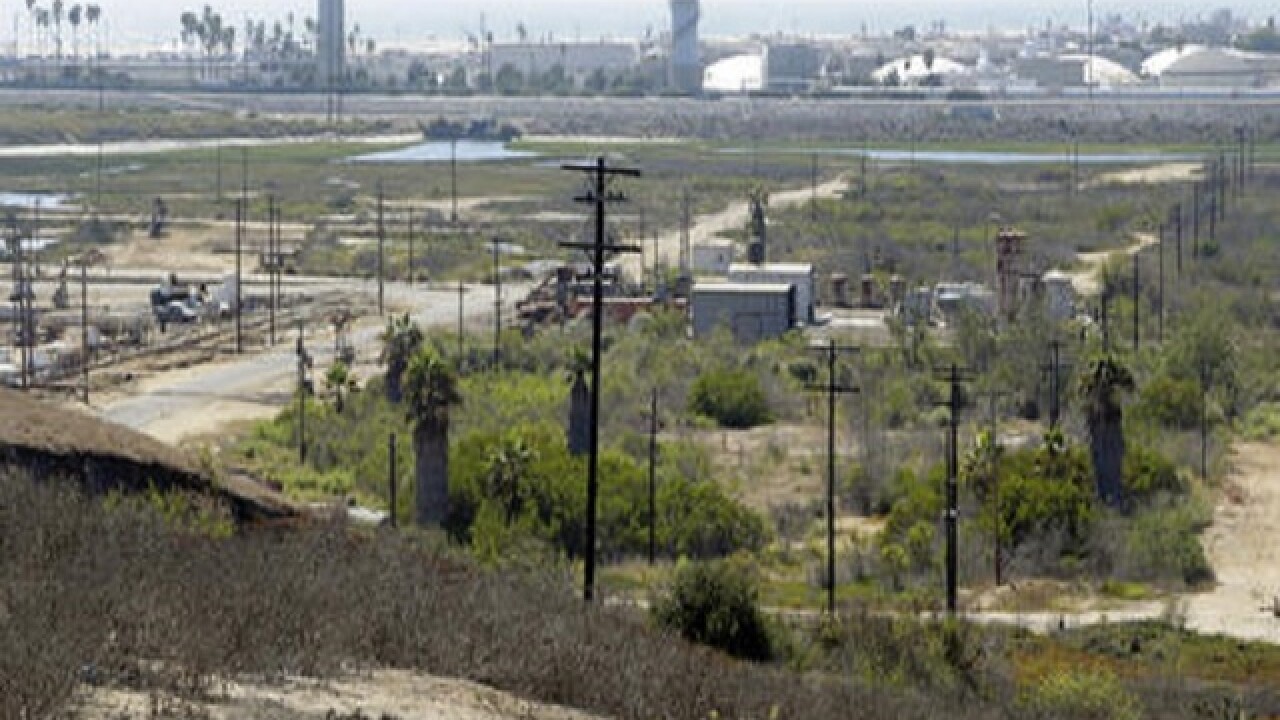 NEWPORT BEACH, Calif. (AP) — A California panel has overwhelmingly rejected a plan to build nearly 900 upscale homes and a hotel on a valuable stretch of Southern California coastline that has long been the site of oil drilling and now provides habitat for endangered and threatened wildlife.
After a 13-hour meeting with hundreds of speakers, the California Coastal Commission voted 9-to-1 late Wednesday night against the proposed project on the 401-acre site in upscale Newport Beach. A cheer went up among the project's many opponents who had waited all day for the vote.
The property known as Banning Ranch is considered the largest tract of privately held coastal land that could be developed south of Los Angeles.
Many commissioners said they were voting no because the developers had said they wouldn't move forward with the plan as it stood anyway, because the commission staff's proposal was too small and limited, and the gap between the sides was unbridgeable.
"We are just too far apart on this," said Commissioner Mary Shallenberger, who made the motion to reject the project.
It was not clear, even to the commissioners themselves, what the next steps for the land would be.
Hundreds weighed in on the proposal by Newport Banning Ranch to build 895 homes, a 75-room hotel and retail complex on the tract inhabited by burrowing owls and other wildlife. Many of the homes would have sweeping ocean views and sell for more than $1 million, according to the developers.
In a sometimes heated meeting, opponents of the project carried signs with pictures of the owls and urged the state panel to preserve the shrub-covered land as open space.
The burrowing birds dominated the discussion among both public and commissioners, and sometimes the topic brought laughter.
"We're going to be on the front page of the morning newspaper saying we're obsessed about the burrowing owl," commissioner Mark Vargas said shortly before the vote.
Referring to the owl's mythology as a wise creature and the dangers humans posed to them, Jonna Engel of the California Department of Fish and Wildlife said "they are not wise about cars."
Staff members for the commission recommended developers shrink the plan and confine building to 20 acres to protect habitat for the owl, which lives in holes dug by ground squirrels and is considered a bird of special concern in California.
Linda Mendenhall, who lives near the property, said she's tired of the traffic and congestion in Orange County and relishes the wide open views and animals she has enjoyed seeing from her home for nearly three decades.
"We just don't think they need to build another small city," she said.
Jack Ainsworth, the commission's acting executive director, said the proposed development was one of the most important issues the panel has faced in the past four decades.
"It is critically important to get it right, because we may not get a second chance here and significant coastal resources are at stake," he told commissioners.
The plan would have preserved roughly 80 percent of the land as open space, but environmentalists wanted even a larger chunk protected, saying the property is home to species including the threatened California gnatcatcher — a small, blue-gray songbird — and a rare vernal pool system that fills with rainwater where endangered San Diego fairy shrimp are known to thrive.
Newport Banning Ranch — a partnership involving Aera Energy, Cherokee Investment Partners and Brooks Street — argued that developing about 70 acres would help raise as much as $40 million for restoration following years of oil drilling and give the public access to walking trails and educational programs on the coast.
But Michael Mohler, senior project manager for Newport Banning Ranch, said the limitations suggested by the commission's staff were unrealistic and would thwart the project.
"We're proposing to restore the entire site for a beneficial ecosystem for all species, as I said earlier, including man," he said.
Dozens of people also attended the meeting wearing T-shirts backing the project, which would limit oil drilling to 15 acres. If the homes are not approved, developers say they'll continue drilling on the site.
Environmental advocates contend the oil mess should be cleaned up regardless of whether homes are constructed. While some oil wells still operate, many have been abandoned and old, rusty pipes are strewn across the land overlooking the Pacific Ocean.
Elected officials from nearby cities also disputed whether the plan would help, or hurt, their crowded suburban neighborhoods. Newport Beach Mayor Diane Dixon supported the project.
"The Newport Banning oil field is not an environmental gem. It is a brown field," Dixon said. "It would be tragic if we let this historic opportunity slip away."
Copyright 2016 The Associated Press. All rights reserved. This material may not be published, broadcast, rewritten or redistributed.