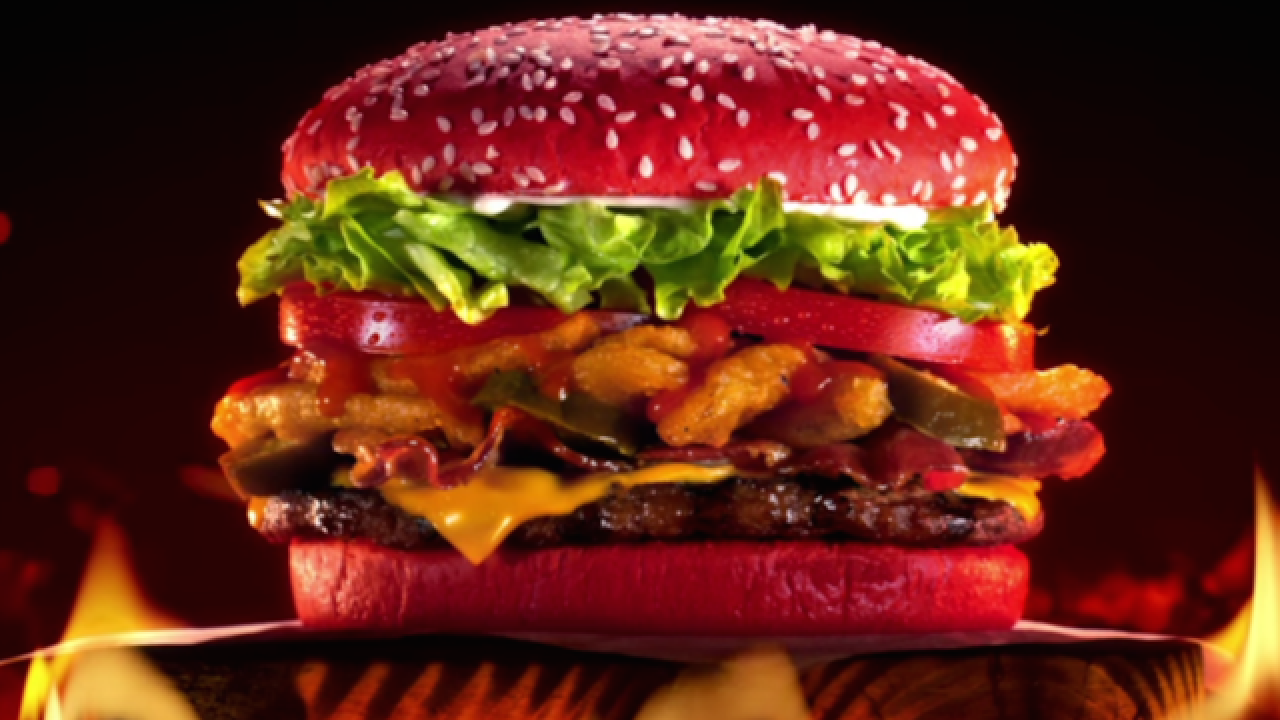 It’s not hard to pick Burger King’s newest sandwich out of a lineup.

The fast food giant announced the release of its latest burger on Tuesday, which will come served between two bright red buns.

With all the fixings, the Angriest Whopper clocks in at 830 calories and 51 grams of fat. Time reports that the sandwich will sell for between $5.49 and $7.49.

This isn’t the first time that Burger King has gotten colorful with its sandwiches. In September, the restaurant released the A.1 Halloween Whopper, a burger sandwiched between two ink-black buns flavored with A.1 sauce.

Take a walk on the dark side with the A.1. #HalloweenWhopper pic.twitter.com/3TZAtjAMRS

Let’s just hope that the red buns don’t have the same digestive effect as the black buns.