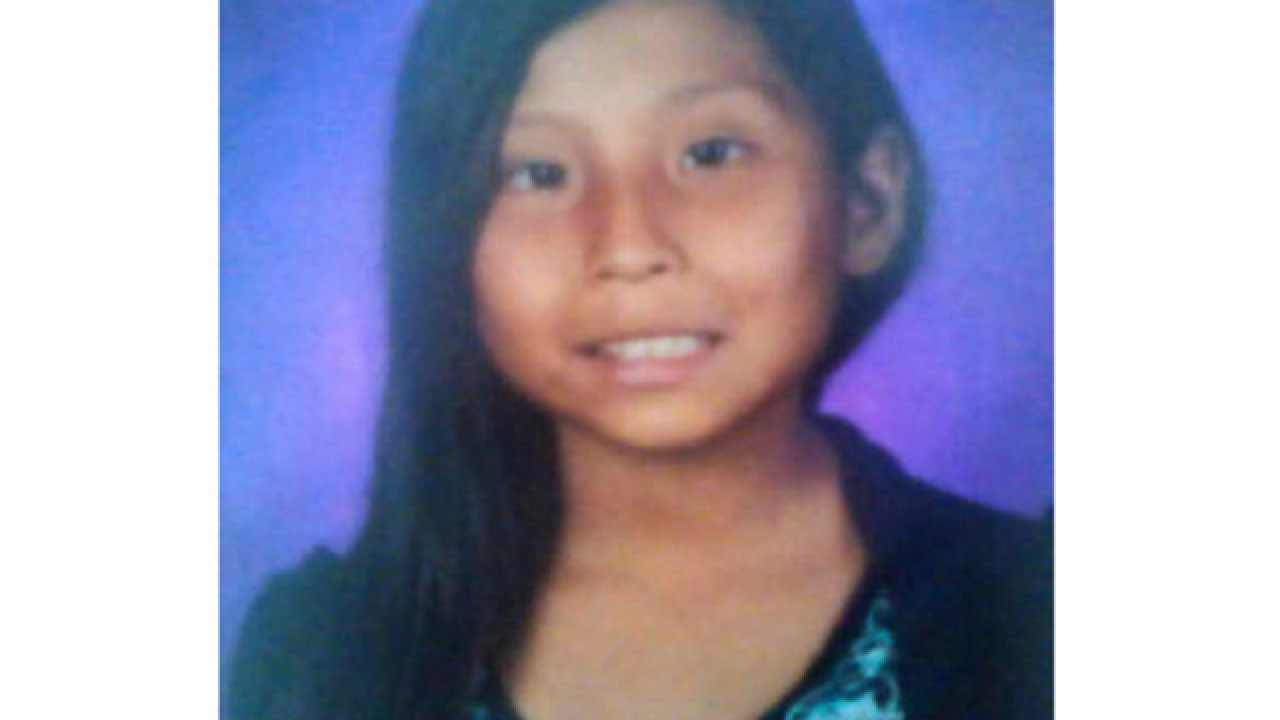 By: Associated Press
Posted at 1:57 AM, May 04, 2016
SHIPROCK, N.M. (AP) — When the stranger approached Ian and Ashlynne Mike at the school bus stop, the boy was wary. But his older sister got lured into the van, and he didn't want her to go alone, so he went, too.
The man took the siblings to a desolate spot on the edge of the nation's largest American Indian reservation, authorities and family members say. The man and the 11-year-old girl walked into the hills, but the stranger came back alone, the boy told authorities.
Scared and in the dark, Ian ran more than 2 miles to a highway on the Navajo Nation where a passing driver found the 9-year-old boy Monday night.
Police gleaned some information about the suspect from the younger brother of Ashlynne, whose body was found Tuesday near a distinct rock formation that the rural town of Shiprock, New Mexico, is named for.
On Tuesday night, authorities arrested a 27-year-old man in connection with the abduction and death.
Tom Begaye of Waterflow, New Mexico, was arrested, the FBI said. Begaye is scheduled to appear before U.S. Magistrate Judge B. Paul Briones in Farmington on Wednesday, according to the FBI.
The suspect is not related to Navajo Nation President Russell Begaye, the nation's public safety director said.
At a candlelight vigil held Tuesday night in a community center in Shiprock, Shawn Mike, a cousin of Ashlynne, remembered her as a kind, smart girl who loved music and played the xylophone.
"As a dad, you would like to see your daughter grow up and see her have a family of her own one day. And unfortunately, Ashlynne won't experience any of this," he said.
Hundreds of people packed the tiny hall while hundreds more stood outside of the building in support of Ashlynne.
Paulynda Claw of Shiprock came to vigil, with her young son. "It touched my heart, and I just felt we had to be here," she said.
Tips for the investigation flooded in from across the reservation that spans parts of New Mexico, Arizona and Utah as well as the close-knit tribal community where Ashlynne lived. The FBI said it's following up on all leads.
"We're leaving no stone unturned," FBI Special Agent in Charge Terry Wade told reporters during a brief news conference. "We will solve this case and give Ashlynne Mike's family the justice they deserve."
Authorities described the kidnapper as a light-skinned Native American in his 20s or 30s with a teardrop tattoo under his left eye who drove a maroon van with a luggage rack but no hubcaps.
At the bus stop Monday afternoon, he approached the siblings and a third boy, asking them if they wanted to see a movie. The boys said no, but Ashlynne was somehow lured into the man's van.
The boy was distraught, said Darrell Foster-Joe, the children's aunt.
"He was so tired and just crying and crying for his sister," she said. "It was really hard for the FBI to get any information from him."
Wade acknowledged that some parents are worried about the safety of their children as they go to and from school. Ashlynne lived in the vast reservation's San Juan Chapter, a community that has been on edge since word spread that the girl was missing.
She attended Ojo Amarillo Elementary School in Fruitland, New Mexico, and lived about a quarter-mile from the bus stop. Her aunt described Ashlynne as a fun-loving, kind and quiet girl.
An Amber Alert was issued around 2:30 a.m. Tuesday. It wasn't clear why it took hours for authorities to get word out about the abduction, and Wade declined to answer related questions during the news conference.
The search for the girl included federal, tribal, state and county officers on the ground as well as a New Mexico State Police helicopter. About 70 or 80 residents also fanned out across the area where the girl was found, said Graham Biyaal, who helped organized the community search.
Jesse Delmar, a public safety director for the Navajo Nation, said the girl's body was found in a secluded area south of the distinct rock formation that the town of Shiprock is named for.
"We were very hopeful that we would find her in good shape," Delmar said. "We found her but it didn't turn out well."
A local radio station alerted residents to the abduction and gave a description of the suspect's vehicle, San Juan Chapter manager Stanley Wauneka said.
"People are nervous and asking a lot of questions," he said.
Associated Press 2016