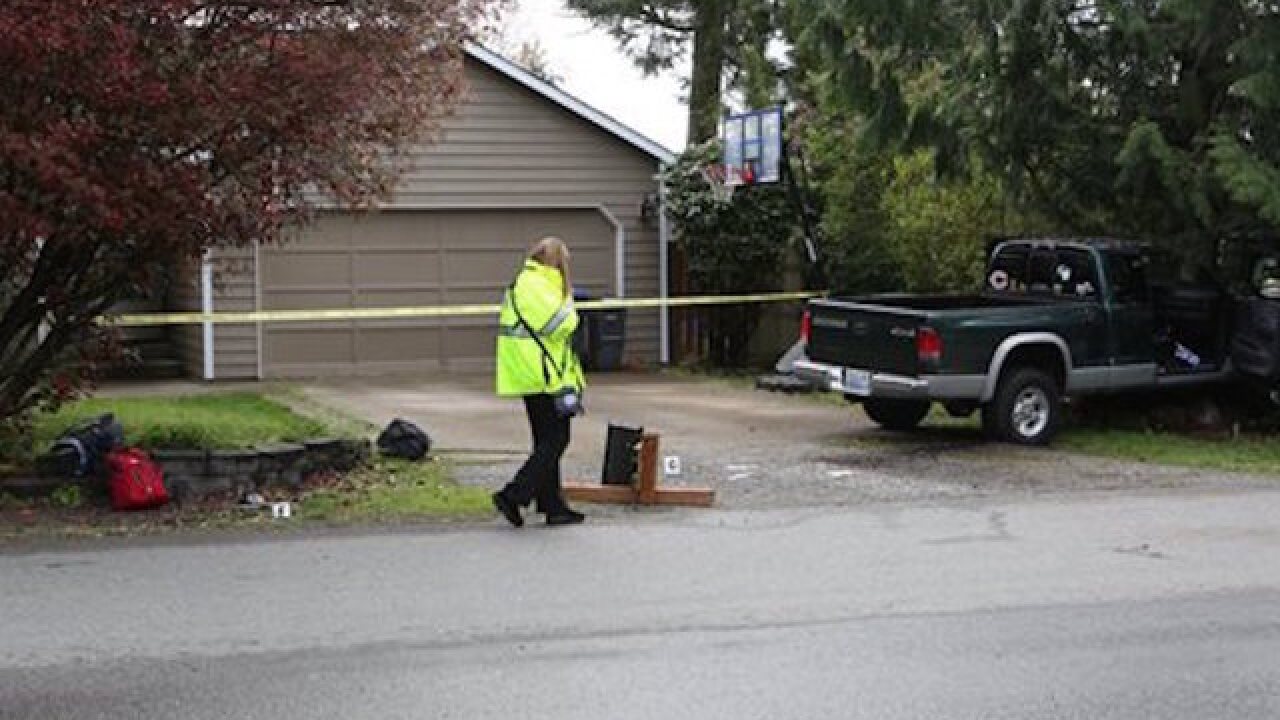 Ellen M. Banner
<p>An officer walks near the scene where a pickup truck slammed into children at a school bus stop in Maple Valley, Wash. (Ellen M. Banner/The Seattle Times via AP) SEATTLE OUT; USA TODAY OUT; MAGS OUT; TELEVISION OUT; NO SALES; MANDATORY CREDIT TO BOTH THE SEATTLE TIMES AND THE PHOTOGRAPHER</p>

MAPLE VALLEY, Wash. (AP) — A 19-year-old man driving on a suspended license slammed a pickup truck into children at a school bus stop Thursday in a small town outside Seattle, severely injuring one of them, authorities said.

The driver, who has a history of seizures, apparently lost control of his vehicle because of a medical problem and struck the 11- and 12-year-olds waiting for their school bus around 8 a.m., police and fire officials said.

One boy was taken to a Seattle hospital with serious injuries to his chest, said Sgt. Cindi West of the King County sheriff's office. Two other students went to another hospital — one with a broken leg and the other with a suspected broken ankle.

Three additional children suffered cuts and bruises. It was not clear how many were hit by the vehicle or hurt trying to get out of the way, West said.

The driver was found unconscious behind the wheel with his foot still on the gas and taken into custody on suspicion of vehicular assault, West said. He was evaluated at the scene but not taken to a hospital.

Some children were injured when they were struck by a mailbox the truck hit, said Capt. Kyle Ohashi of the Kent Fire Department. They were among about 20 children from Cedar River Middle School who were waiting at the bus stop in Maple Valley, about 20 miles southeast of Seattle.

Investigators did not suspect alcohol was a factor but a blood draw would determine if any drugs were involved. The sheriff's office said they would not name the driver until he is charged.