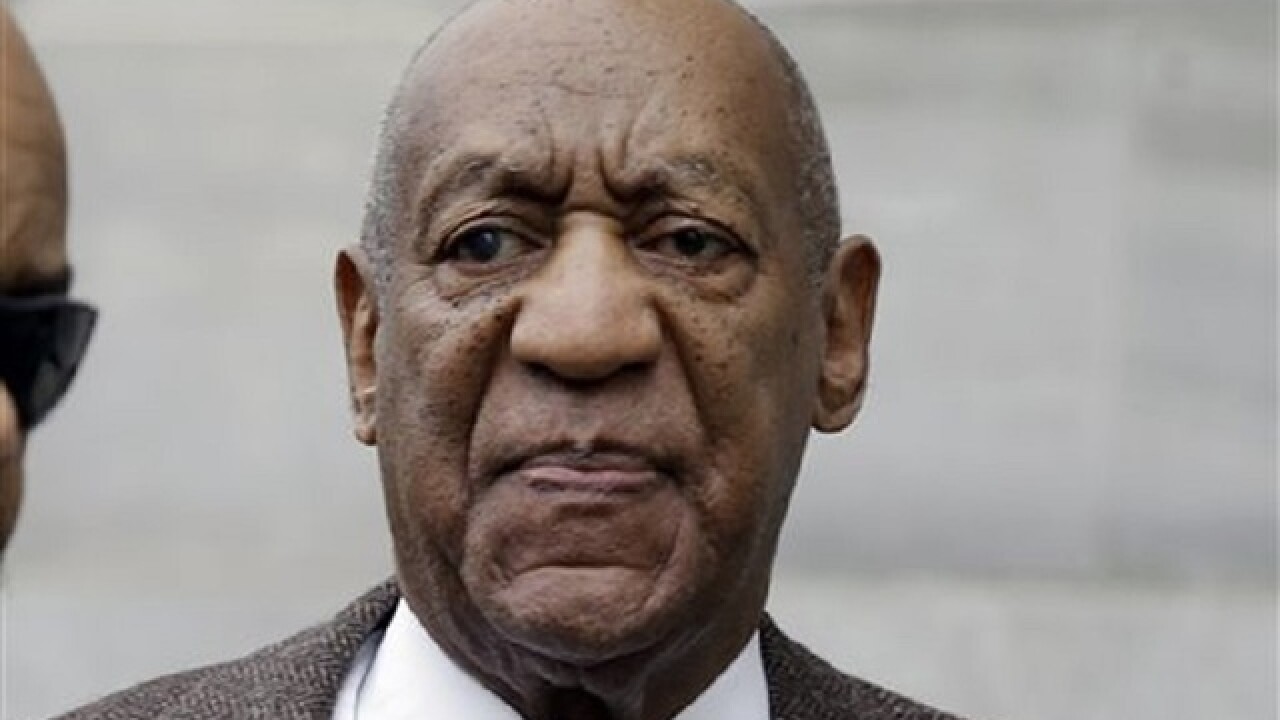 Mel Evans
<p>FILE - In this Feb. 3, 2016 file photo, actor and comedian Bill Cosby arrives for a court appearance in Norristown, Pa. A Los Angeles judge is scheduled to consider on Tuesday, March 29, 2016, a motion by Cosby�s lawyers to dismiss model Janice Dickinson�s defamation case against the comedian. The case centers on denials by Cosby�s team of Dickinson�s claims that the comedian drugged and raped her in Lake Tahoe, Calif., in 1982. (AP Photo/Mel Evans, File)</p>

By: Associated Press
Posted at 11:32 PM, Apr 04, 2016
SPRINGFIELD, Mass. (AP) — Bill Cosby's effort to put a Massachusetts defamation lawsuit against him on hold until his Pennsylvania criminal case is resolved has been partially granted.
A U.S. District Court judge says discovery addressed to Cosby in the Massachusetts case is stayed but the case isn't stayed in any other respect. He says Cosby's motion is allowed in part and denied in part.
The judge says in a ruling issued Monday he's blocking discovery addressed to Cosby to avoid the "precarious dilemma" of Cosby having to choose whether to assert his Fifth Amendment privilege against self-incrimination and put himself at a disadvantage in the Massachusetts case or waive that privilege and possibly incriminate himself in the Pennsylvania case.
Both cases involve women who've accused Cosby of sexual misconduct. Cosby denies their allegations.
Associated Press 2016