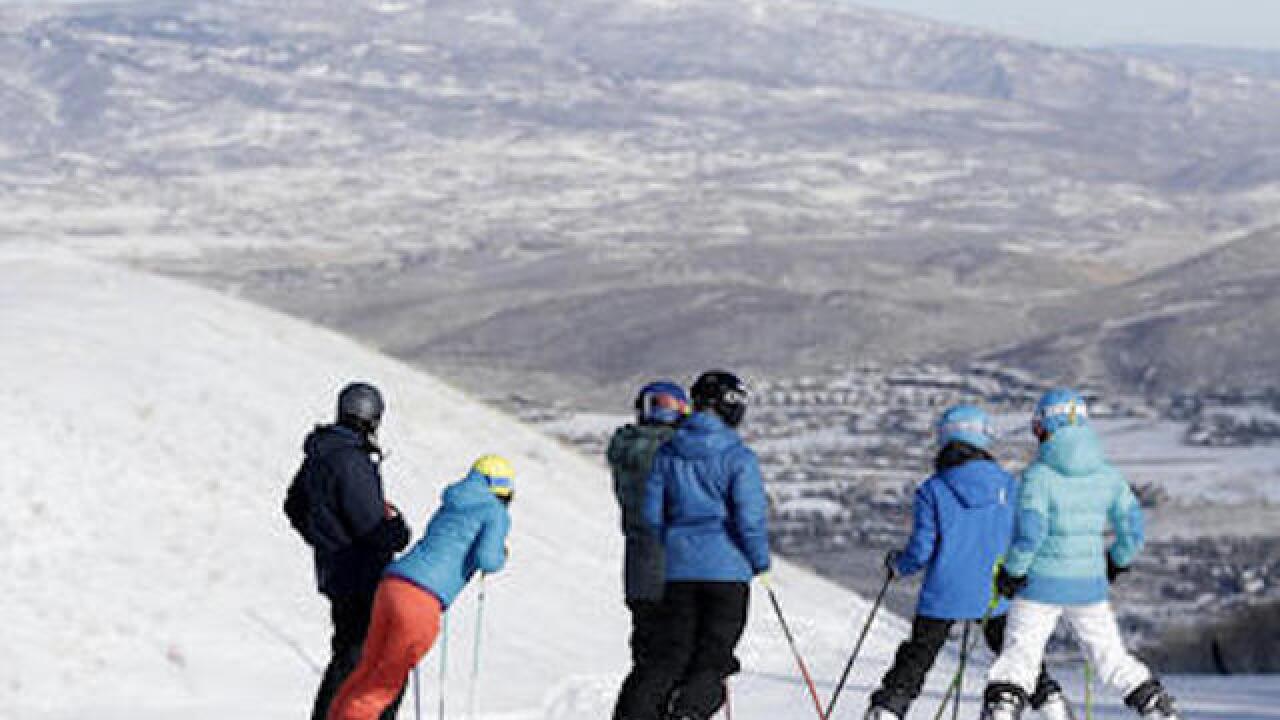 Copyright Associated Press
Rick Bowmer
<p>FILE - This Nov. 23, 2013, file photo, shows skiers at Park City Mountain Resort, in Park City, Utah. A federal appeals court has dismissed a discrimination lawsuit brought by snowboarders against a Utah ski resort that is one of the last in the country to prohibit their sport. The 10th Circuit Court of Appeals ruled Tuesday, April 19, 2016, that Alta Ski Area's decision to keep its slopes snowboard-free is one the private company has a right to make. (AP Photo/Rick Bowmer, File)</p>

SALT LAKE CITY (AP) — A Utah ski resort can hold onto its status as one of the last in the country to ban snowboarders on its slopes, a federal appeals court decided Tuesday.

The judges dismissed a lawsuit from a group of snowboarders who said Alta Ski Area outside Salt Lake City discriminates by barring them from the resort located largely on public land.

The 10th Circuit Court of Appeals sided with lawyers for Alta who said luring skiers with the promise of a snowboarder-free experience is a private business decision that doesn't violate anyone's rights.

The U.S. Forest Service, a government agency, granted the resort a lease, but the judges ruled that doesn't mean the federal government actively encouraged or enforced the ban.

Alta applauded the decision in the case that re-ignited a culture clash between snowboarders and skiers.

The snowboarders' lawyer, Jon Schofield, said the case has brought attention to the ban based on outdated stereotypes.

"At this point, we can only hope that Alta will one day voluntarily join the vast majority of ski resorts by lifting its snowboarding ban," Schofield said in a statement. It wasn't clear if another appeal would be filed.

Snowboarding bans on ski slopes were the norm when the sport first appeared in the mid-1980s, said Ralf Garrison, a Denver-based ski industry consultant with The Advisory Group.

But as snowboarding took hold, it lured a younger generation and reversed baby-boomer declines in the industry. The tide turned and now 119 other ski resorts that operate on public land allow snowboarding.

"Over the last couple of decades, the ski industry has been saved by the advent of snowboarding — almost in spite of itself," Garrison said.

Now, the few resorts still reserved for skiers alone have made that a selling point, he said. Besides Alta, Deer Valley, also in Utah, and Mad River Glen in Vermont also ban snowboarding.

Alta says skiers find the resort more peaceful, safe and enjoyable because they don't have to worry about being hit by snowboarders whose sideways stance leaves them with a blind spot that can make sweeping turns a danger. Skiers, they say, don't have any blind spots because they face forward as they speed down the slopes.

The lawsuit went before the 10th Circuit after a lower-court judge threw it out, ruling that the case would be a slippery slope for many other groups to claim discrimination against private companies.