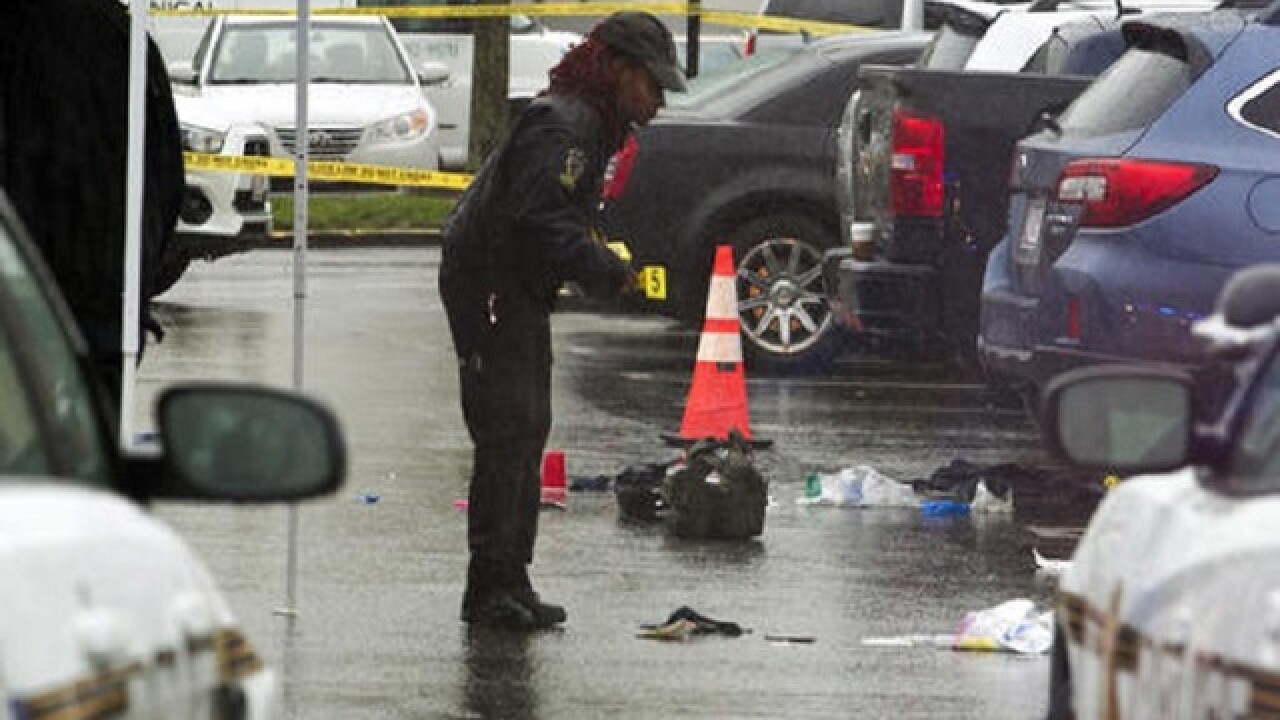 TAUNTON, Mass. (AP) — Authorities have identified the second victim who was fatally stabbed by a man who went on a rampage at a home and later attacked people at a shopping mall.

Eighty-year-old Patricia Slavin was killed, while her 58-year-old daughter, Kathleen Slavin, was seriously injured when Arthur DaRosa walked into their home while they were eating dinner Tuesday.

Bristol District Attorney Thomas Quinn III said DaRosa then drove to the Silver City Galleria and crashed his car into a Macy's department store, where he beat three women.

Quinn said DaRosa then walked to a Bertucci's restaurant in the mall, where he stabbed a waitress multiple times. She survived, but DaRosa fatally stabbed George Heath, a teacher who tried to take the knife from him.

DaRosa was shot and killed by an off-duty Plymouth County deputy sheriff.