Prince's 'Purple Rain' coat is up for auction 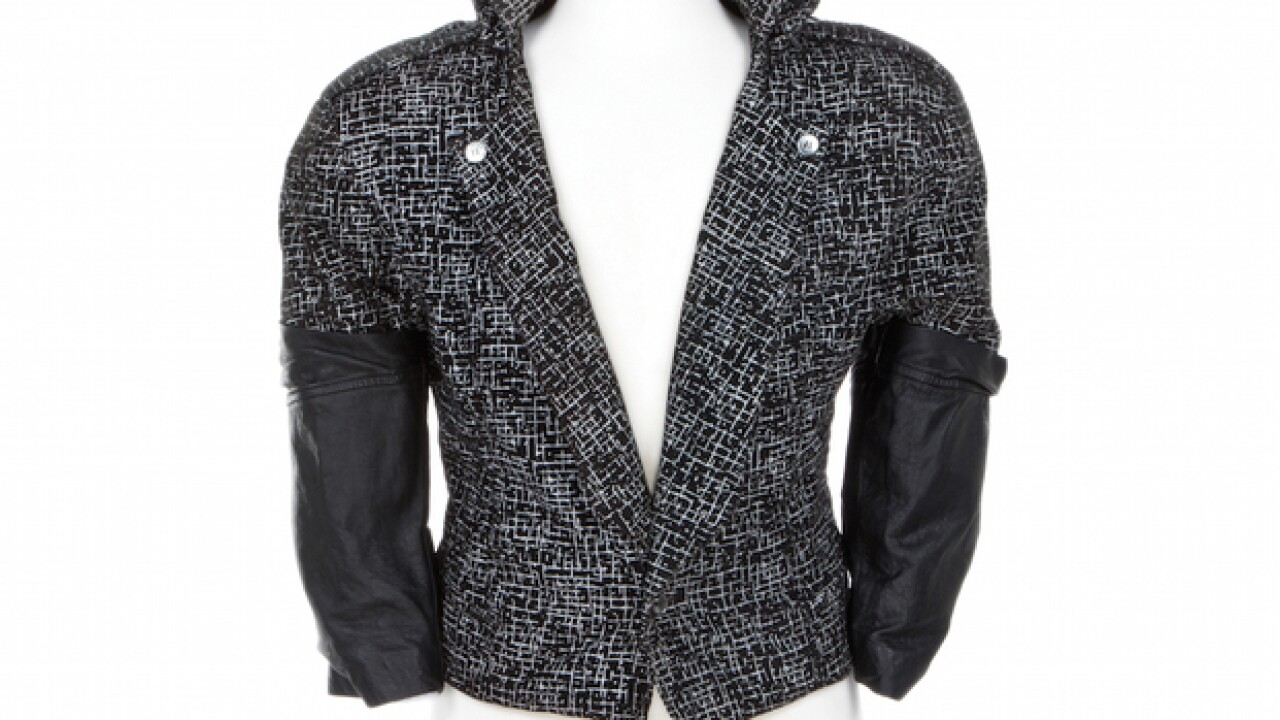 Copyright Associated Press
Charlie Nunn
<p>This image released by Profiles in History shows a black and white blazer with leather sleeves, worn by Prince in the 1984 film, "Purple Rain." The item will be auctioned on June 29, along with costumes worn by Britney Spears, Katy Perry, Alicia Keys and a Swarovski crystal studded glove from Michael Jackson’s 1992 Dangerous world tour. (Charlie Nunn/Profiles in History via AP)</p>

Prince donned the black-and-white blazer with leather sleeves while riding a motorcycle with co-star Apollonia Kotero.

"It's definitely the most important piece of screen-worn Prince clothing that's ever come up for auction," said Joe Maddalena, president of the Calabasas, California-based auction house, Profiles in History. "This is a signature piece of wardrobe worn from an iconic movie in his most famous role."

The coat is a unique find from the typically reclusive artist, who was found dead last week at his Paisley Park complex just outside of Minneapolis.

"Prince memorabilia in general, it just really doesn't exist. It seems like he controlled it all," Maddalena said. "This is the first time ever for something like this, and it might be the only time because the rest of the costumes may be in his (personal) wardrobe."

The original seller said her sister, a makeup artist, received the piece from Prince after they worked together on "Purple Rain."

Maddalena said he believes the "Purple Rain" blazer will be the "star of the show" and expects it to sell for much more than the asking price, $6,000 to $8,000.

"Hopefully it will reach a price that is equivalent to his stature as a musician," he said.