Anthony Weiner's wife is leaving him after latest scandal 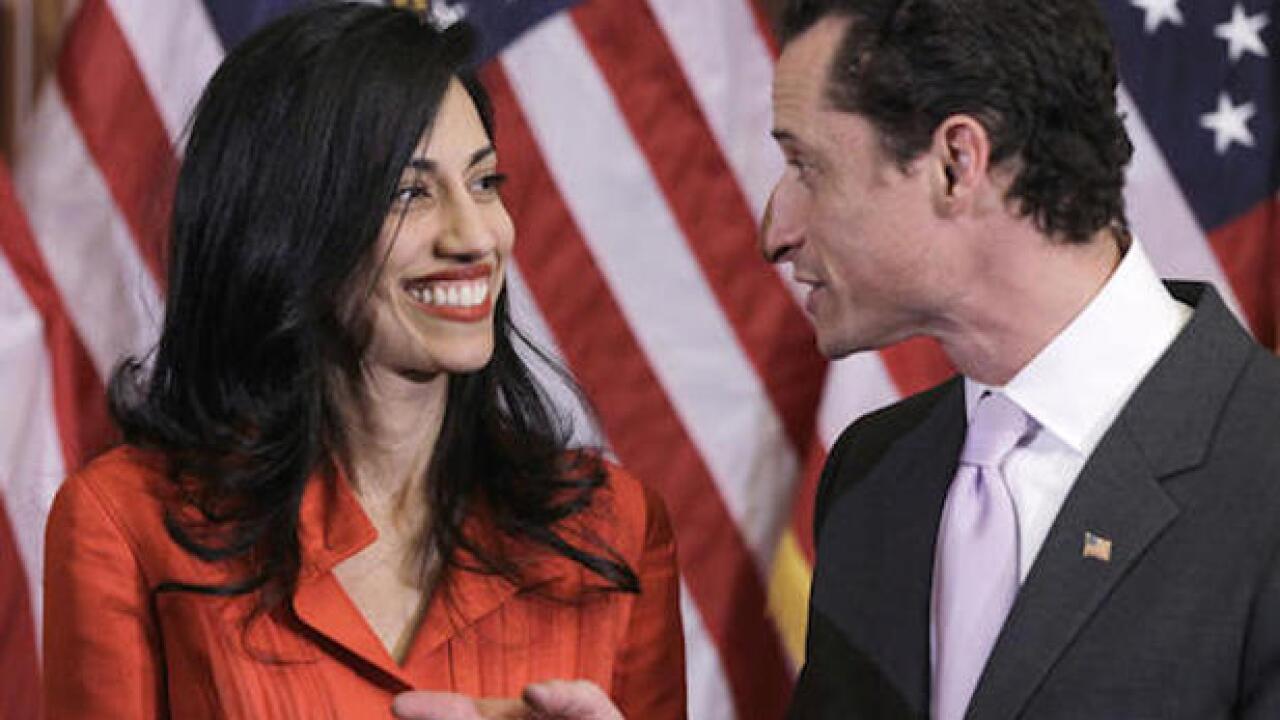 NEW YORK (AP) — Hillary Clinton aide Huma Abedin said Monday that she is separating from her husband, Anthony Weiner, after the former congressman was accused in yet another sexting scandal.

"After long and painful consideration and work on my marriage, I have made the decision to separate from my husband," she said in a statement issued by Clinton's presidential campaign. "Anthony and I remain devoted to doing what is best for our son, who is the light of our life. During this difficult time, I ask for respect for our privacy."

The New York Post published photos late Sunday that it said Weiner had sent last year to a woman, whom it identified only as a "40-something divorcee" who lives "out West" and is a supporter of Donald Trump.

The photos included several shots of Weiner bare-chested and two close-ups of his bulging underwear. In one of the pictures, Weiner is in bed with his toddler son while he is texting the woman, according to the Post.

Weiner told the Post that he and the woman "have been friends for some time."

"She has asked me not to comment except to say that our conversations were private, often included pictures of her nieces and nephews and my son and were always appropriate," he told the newspaper.

The Post didn't say how it had obtained the photographs and messages.

Weiner, a Democrat from New York City, quit Congress in 2011 after it discovered that he was sending women sexually explicit messages. Weiner ran for mayor of New York in 2013, but that bid collapsed after it was reported that he was continuing to sext women.

Since then, Weiner has remained in the public eye, commenting on politics on a local cable news show. A documentary offering a cringe-inducing inside view of his mayoral campaign and its unraveling played in theaters earlier this year and is set to air on Showtime this fall.