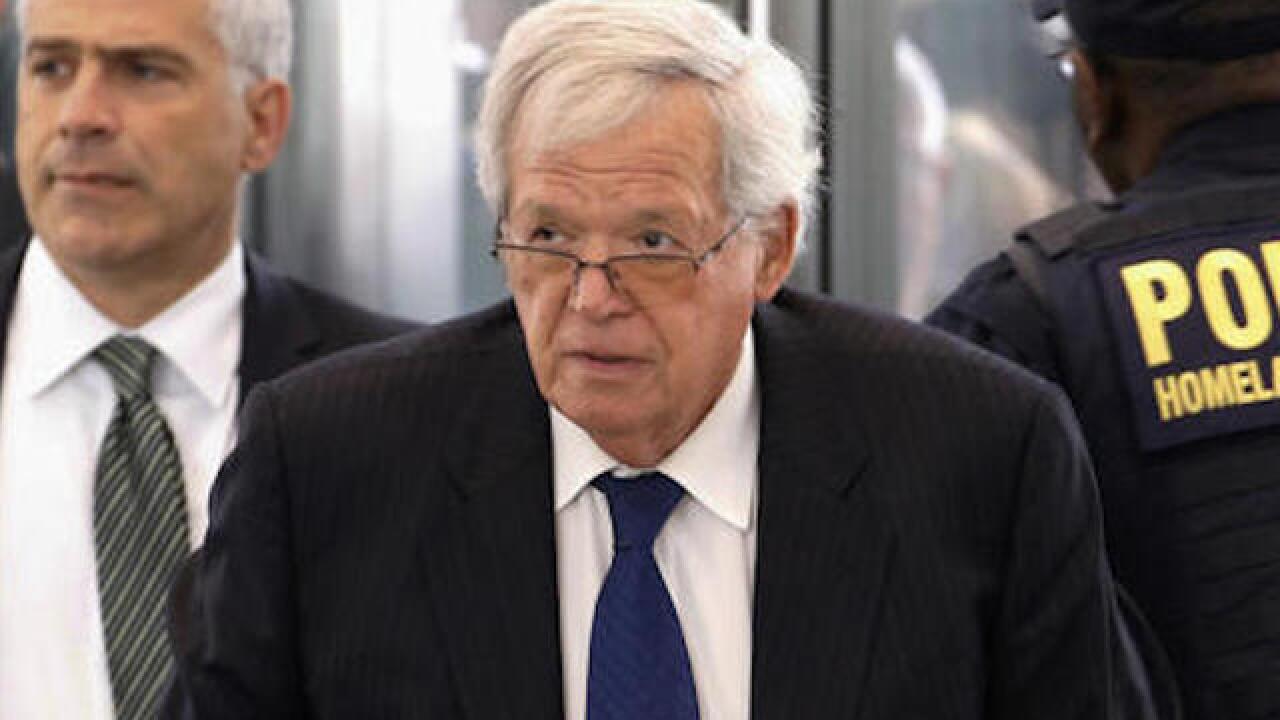 Charles Rex Arbogast
<p>FILE - In this June 9, 2015 file photo, former U.S. House Speaker Dennis Hastert arrives at the federal courthouse in Chicago for his arraignment on federal charges in his hush-money case. On Wednesday, March 16, 2016, the judge overseeing the case ordered an independent review of Hastert's medical records, a move that comes after the court granted a defense request to delay his sentencing on grounds he had nearly died and remained in poor health. (AP Photo/Charles Rex Arbogast, File)</p>

CHICAGO (AP) — An alleged sex abuse victim could testify next month at former U.S. Speaker Dennis Hastert's sentencing in a hush-money case, according to a federal court transcript.

It's the first time that the court has referenced sex abuse in the case.

Hastert, 74, pleaded guilty in October to violating bank laws in seeking to pay $3.5 million in hush money to someone referred to in the indictment only as "Individual A." The Associated Press and other media outlets, citing anonymous sources, have reported that Hastert wanted to hide claims that he sexually molested someone, but the issue never arose in court or in unsealed filings.

The transcript, provided Wednesday to the AP by the presiding judge's court reporter, recounts an unannounced hearing held earlier this week in which prosecutors, the defense and the judge discuss "Individual D."

Prosecutors inform the judge that they recently learned "Individual D" is an alleged victim and that he is deciding whether to testify at the April 27th sentencing.

"He is deciding whether he would like to ask the Court to appear as a witness at the sentencing. He's not a hundred percent certain he wants to do that, but he has been moving in that direction," Block said, according to the transcript.

Durkin said that if the person "wants to come in and talk about being a victim of sexual abuse, he's entitled to do so because that informs my decision about the history and characteristics of the defendant."

The prosecutor said the man had a conflict with the April 8 sentencing date. On those grounds, the judge agreed to move sentencing to April 27.

The transcript also says that a sister of another alleged victim has told prosecutors she wants to testify.