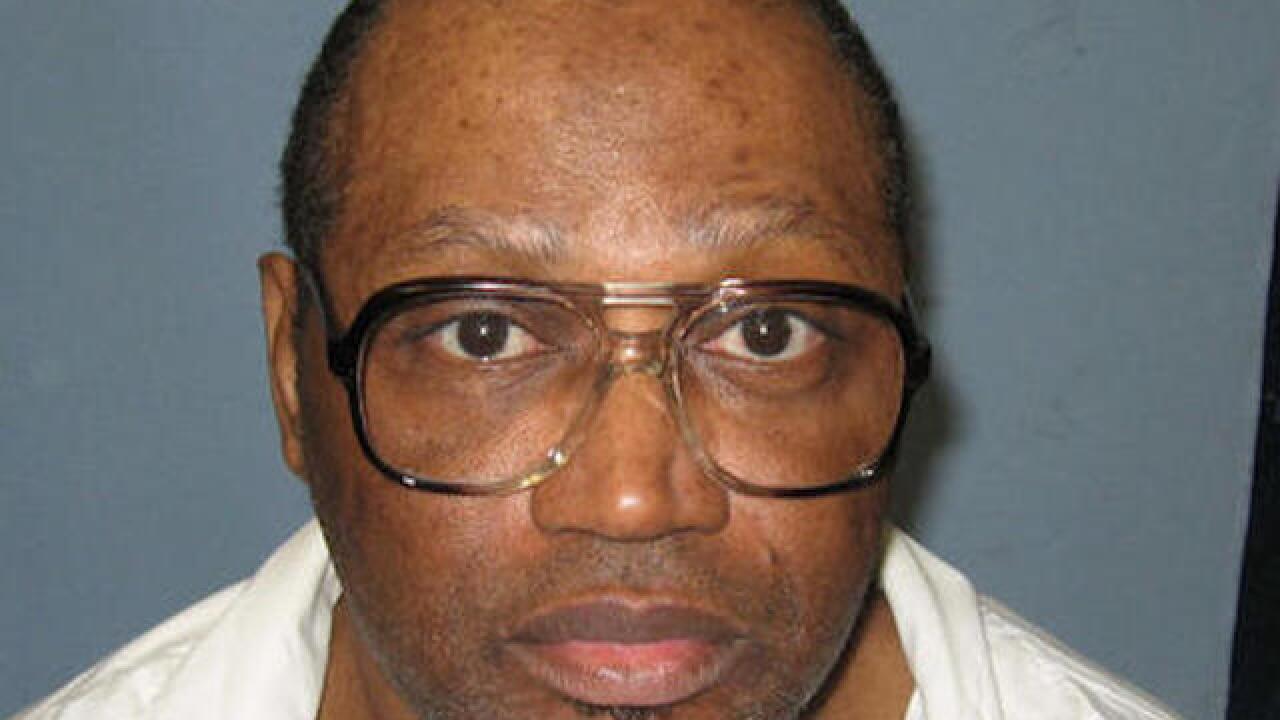 MONTGOMERY, Ala. (AP) — A federal appeals court delayed the execution of an Alabama inmate on Thursday, saying there should be more time to review his claim that he is no longer competent because of strokes and dementia.

The 11th U.S. Circuit Court of Appeals issued the stay about seven hours before Vernon Madison, 65, was scheduled to die by lethal injection.

Madison was convicted in the 1985 killing of Mobile police Officer Julius Schulte. Schulte had responded to a domestic call involving Madison. Prosecutors said Madison crept up and shot Schulte in the back of the head as he sat in his police car.

Madison's attorneys had argued that he no longer had a rational understanding of his impending execution. They argued in court filings that he has an IQ of 72, does not independently recall facts of his case and has talked of moving to Florida because he believes he is going to be released from prison.

Attorneys for the state said a lower court, after a hearing, found Madison competent. The appeals court said it will hold oral arguments on Madison's competency in June.

Prosecutors said Madison crept up and shot Schulte in the head as Schulte sat in his police car after responding to a call about a domestic dispute involving Madison.

His attorneys had made a flurry of last-minute legal filings seeking to halt the execution, arguing a judge improperly rejected a jury's 8-4 recommendation of life in prison. The state asked an appellate court to let the execution proceed, arguing Schulte's family and Mobile citizens have waited decades to see "justice carried out."

Madison's attorneys had also argued that Alabama's sentencing method is similar to one struck down in Florida. U.S. Supreme Court justices said Florida gave too much power to judges instead of juries.

"Vernon Madison is on death row as a result of judicial override. ... This Court has recently signaled that there are serious questions about a death penalty scheme in which a judge is permitted to sentence a defendant to death despite a jury's verdict of life," Equal Justice Initiative Director Bryan Stevenson wrote.

Lawyers for the state have argued there are differences in Alabama's capital conviction requirements and sentencing structure that make it legal.

U.S. District Judge Kristi K. DuBose this week agreed with a lower court that Madison was competent and could be executed. DuBose cited testimony from a court-appointed expert that Madison could answer questions about his case, despite a decline in his health. She also noted Madison's reported response that, "my lawyers are supposed to be handling that," when the warden came to read him the death warrant.

One other inmate in Alabama has been put to death this year after a lull of more than two years because of difficulty obtaining lethal injection drugs and litigation over the death penalty.

Christopher Eugene Brooks was executed in January for the 1992 rape and beating death of 23-year-old Jo Deann Campbell.