After a half-century, US cruise leaves for Cuba 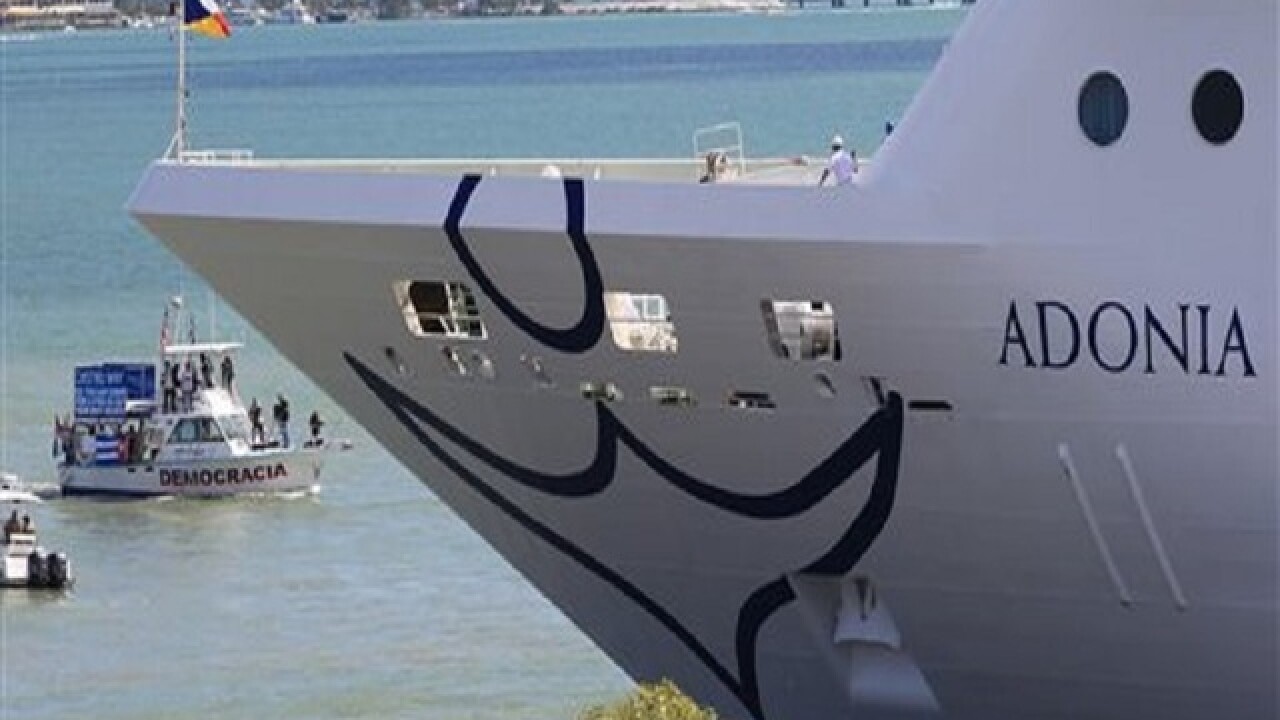 MIAMI (AP) — After a half-century of waiting, passengers have set sail from Miami on an historic cruise to Havana.
Carnival Corp.'s 704-passenger Adonia left port at about 4:24 p.m. Sunday.
The cruise comes after Cuba loosened its policy banning Cuban-born people from arriving to the country by sea. Cuban-born passengers were among those aboard.
Carnival says the Adonia will cruise every other week from Miami to Cuba.
Seventy-three-year-old passenger Rick Schneider told The Sun-Sentinel that he waited 60 years for the chance to make the journey. He bought a Cuban flag for the occasion, which he waved at protesters who opposed the cruises.
The Cuban government says the shift in policy removes prohibitions enacted when Cuban exiles were launching attacks by sea after the first Cuban revolution.
Associated Press 2016