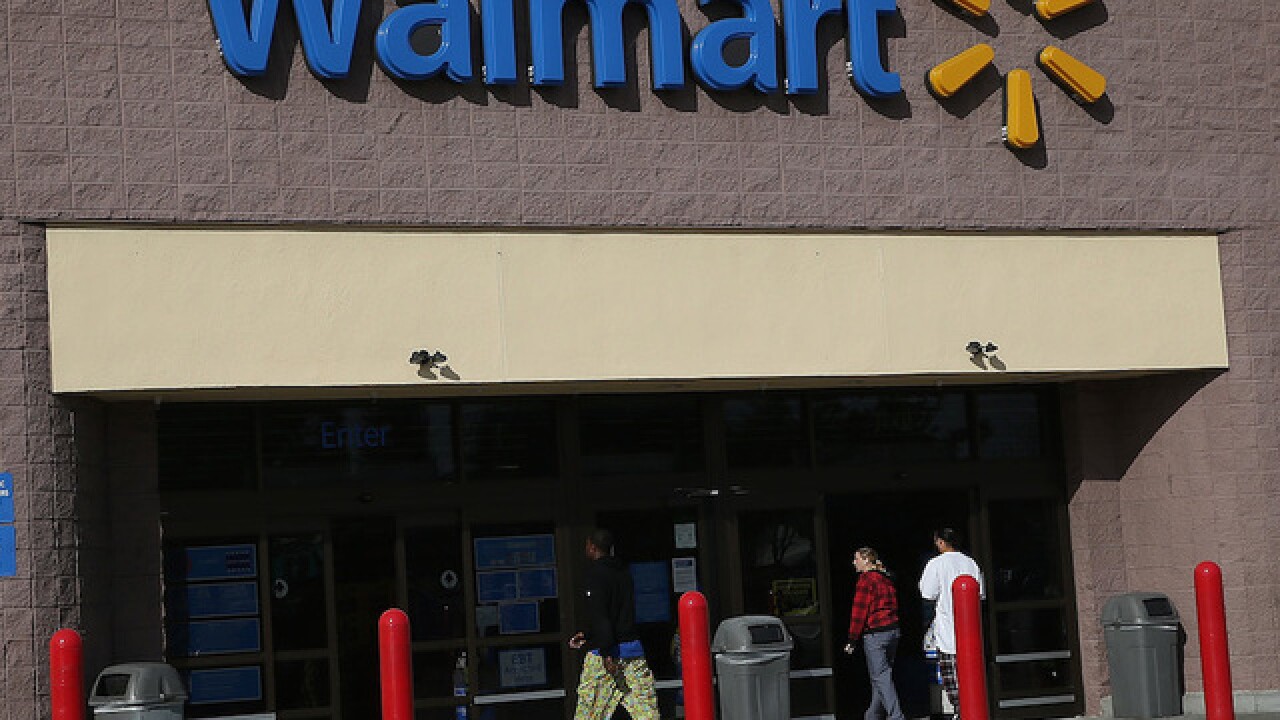 A 911 caller won't be charged for reporting a man waving a gun in a Wal-Mart store before police fatally shot the shopper, who'd picked up an air rifle from a shelf, a special prosecutor said Monday.

The decision was made by Mark Piepmeier, the same prosecutor who had presented the shooting case to a grand jury. It concluded that the August 2014 shooting of 22-year-old John Crawford III at the Beavercreek store, near Dayton, was justified.

That grand jury had authority to bring charges against 911 caller Ronald Ritchie if merited but didn't, Piepmeier said in a Monday court filing outlining his findings that no charges are warranted.

"I don't find any evidence that Mr. Ritchie knew any of the information he was providing was false," Piepmeier wrote. The Hamilton County prosecutor's office, where Piepmeier is chief assistant prosecutor, said he wouldn't comment further.

A group of people who took interest in the shooting had used an obscure law to push for prosecution of Ritchie, who told investigators he thought the firearm was real.

The law allows private citizens to make complaints for review by a judge who can then refer them for further review by a prosecutor. A Fairborn Municipal Court judge reviewed the filings, including surveillance video synchronized with the 911 recording, and ruled there was sufficient evidence to prosecute Ritchie for the misdemeanor of making false alarms.

One of the filers, Dayton-area activist Bomani Moyenda, said he thinks the prosecutor ignored video segments that indicate Crawford wasn't doing what the caller described at certain moments.

"It doesn't surprise me at all looking at the way this case has been handled from Day One," Moyenda said. "There's just no semblance of justice anywhere at all."

He said he'll consider whether there are any other legal avenues to push the matter further.

Piepmeier has handled some of Ohio's biggest cases, including a deadly 1993 prison riot and cases involving excessive force by police, but the filers were upset that he was the prosecutor appointed to review the 911 caller's role. They noted that after the grand jury's decision, Piepmeier had publicly described Ritchie as someone "trying to be a good citizen."

The Riverside man was the only person to call 911 before shots were fired at the store. He reported a man walking around waving an apparent rifle and "pointing it at people." The next day, the Riverside man told authorities the man actually didn't point the firearm but swung it around and flashed the muzzle at children.

An attorney for Crawford's relatives, who sued the officers, has said they hold police responsible for what happened.

Police said that they believed Crawford had a real weapon and that he didn't respond to commands to put it down — something the soundless video can't corroborate.

The shooting remains under review by the U.S. Department of Justice.