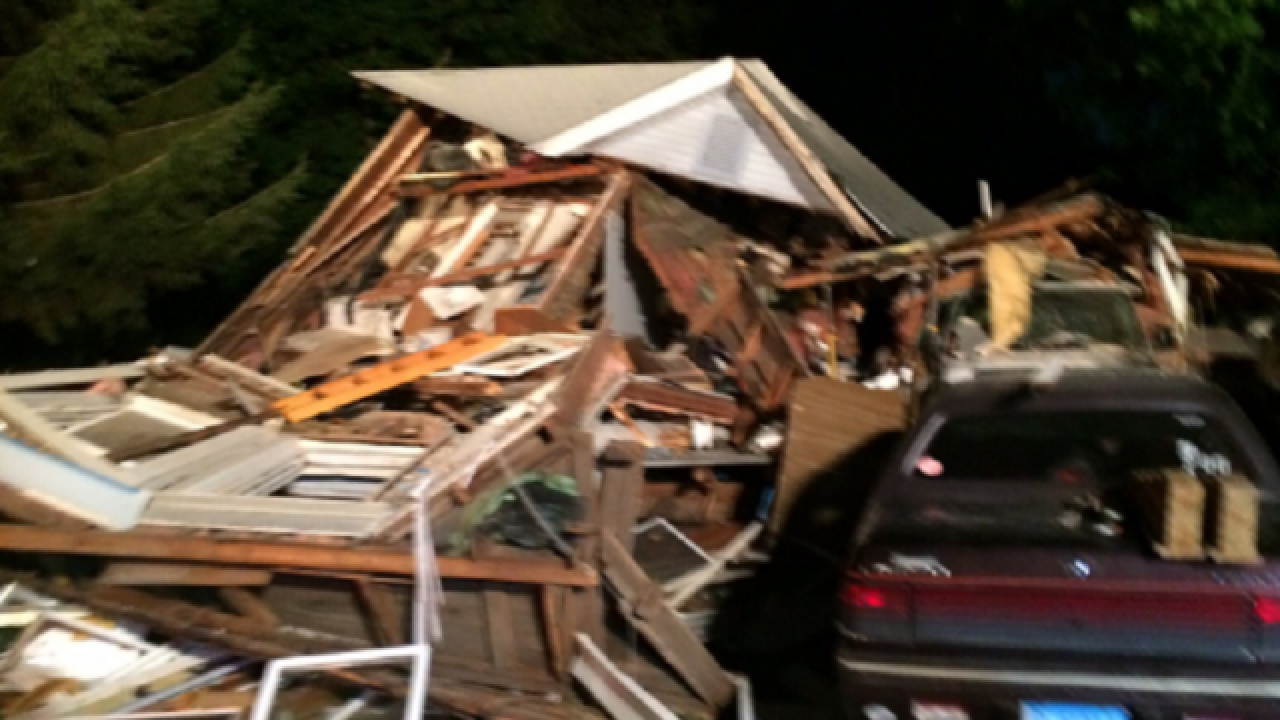 By: Mina Abgoon
Posted at 9:33 PM, Aug 04, 2016
At least seven people were injured Thursday, some of whom became trapped, when a home exploded and collapsed in Vernon, Connecticut.
The four people trapped were rescued, according to the Vernon Police Twitter account.
Three people were found outside the home when first responders arrived at the scene, Vernon Police said on Twitter. Four others were trapped inside the house.

In addition to emergency personnel, Connecticut Gov. Dan Malloy also responded to the scene to monitor the situation.
Those trapped inside the house were extricated and brought to area hospitals, police said. They included a 7-year-old boy, 15-year-old girl, 23-year-old man and 35-year-old man.
Fox 61 reports that the young boy suffered "significant" injuries and is in serious condition. He reportedly sustained the most serious injuries.
The three people outside when officials arrived included an 11-year-old girl, a 12-year-old and a 60-year-old man. All four children involved were taken to Connecticut Children's Medical Center, but one has reportedly been released following Treatment.
The 23-year-old man and 35-year-old woman were taken to Hartford Hospital, while the 60-year-old man reportedly refused treatment.
The cause of the blast was not immediately known.
Copyright 2016 Scripps Media, Inc. All rights reserved. This material may not be published, broadcast, rewritten, or redistributed.